My 2016 moment: Matsuyama-Fowler duel in Phoenix 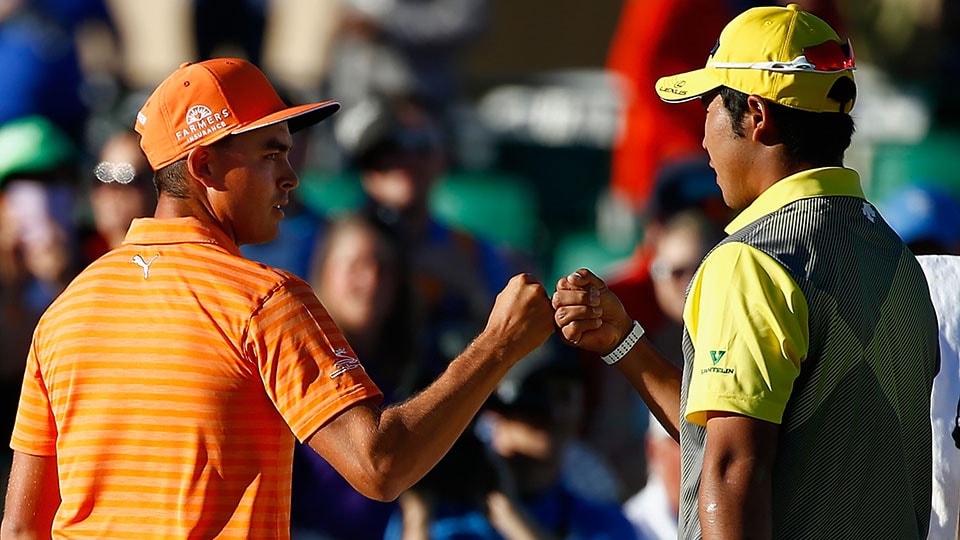 It's not as rare as an albatross, but watching two stars battle on the back nine of a stroke-play event doesn't happen as often as we would like.

There was Scott vs. Garcia at the Honda, Day vs. McIlroy at the Match Play, Garcia vs. Koepka at the Nelson, and – perhaps the greatest duel in major championship history – Mickelson vs. Stenson at The Open.

I was fortunate enough to witness another amazing showdown – Matsuyama vs. Fowler at the Phoenix Open – and it was my favorite moment of 2016.

The two twentysomethings were tied entering the final round, and it looked like Fowler was going to take home his second trophy in three starts after winning in Abu Dhabi. The three-time PGA Tour winner led by two strokes with two holes to play, but he gave away his advantage on the 317-yard par-4 17th, and he would eventually hand the tournament to Matsuyama on the same hole an hour later.

After barely missing a birdie putt on the raucous par-3 16th, Fowler's drive on 17 looked perfect in the air, but bounced hard in front of the green and rocketed across the putting surface and into a pond behind the hole.

He bogeyed, Matsuyama got up and down from in front of the green for birdie, and just like that they were tied again heading to 18. 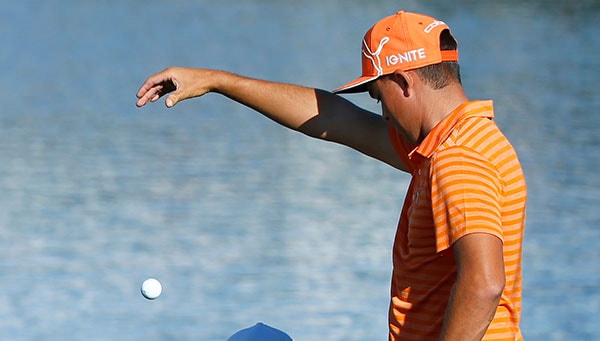 Fowler dropped his approach from 95 yards to 9 feet, well inside Matsuyama's. It was all set up for Fowler to make his birdie and win the tournament, and everyone would be home for the kickoff at the Super Bowl.

Matsuyama, however, had other ideas.

He drained his birdie putt from 17 feet to stun the pro-Fowler crowd, and it ignited a punch-counter punch that would continue for three playoff holes until Fowler finally blinked.

They exchanged pars on 18, and then headed to the par-4 10th. Matsuyama again had the advantage, but Fowler drained a tester for par and forced a fourth playoff hole at the 17th.

This time Fowler used the right club off the tee (a 3-wood), but he tugged his drive to the left and it plopped into the water in front of the green. Matsuyama made a routine par and closed Fowler out.

As the dazed crowd shuffled out of the tournament, Fowler was in the media center tearing up after a painful loss.

''The hard part is having all my friends and family and grandpa and my dad who haven't seen me win,'' Fowler said, trying to hold back tears. ''But I will be able to kind of hang with them tonight. I'll be all right.''

Fowler's season was kickstarted by the win in Abu Dhabi, but after the loss to Matsuyama he never got his year back on track. He failed to collect another trophy, and he missed the cut in the Masters, Players, Memorial and U.S. Open and didn't reach the Tour Championship. He started the season ranked sixth in the OWGR, but he fell to 12th.

Matsuyama went the opposite direction.

He rose from 15th to sixth in the OWGR thanks to wins in Phoenix, the Japan Open, WGC-HSBC Champions, Taiheiyo Masters in Japan and the Hero World Challenge.

He also finished in the top 10 at the Masters, Players, PGA and Tour Championship.

Matsuyama's breakout year started in front of a crowd that he estimated was 99 percent against him, but he showed some serious stones that will serve him well in 2017 as he tries to take his game even higher in the world rankings and major championships.