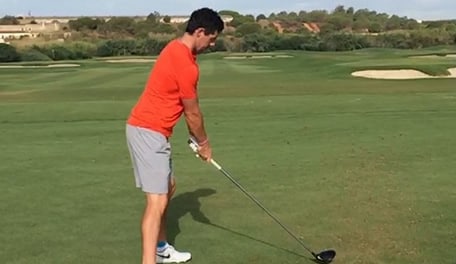 The Rory McIlroy hype tour continued Thursday, when he posted a pair of clips on Instagram that further illustrate that he’s getting closer to a return to competition.

Most interesting was a video of his driver swing (note the tape around his left ankle), though it’s not clear when it was taken:

Earlier Thursday, he posted a side-by-side photo of his left ankle from about a month ago:

4 and a half and 3 and a half weeks ago respectively... I've come a long way since.

McIlroy ruptured ligaments in his left ankle while playing soccer with friends July 4. On Wednesday, he posted a video of his workout, in which he showed no visible signs of discomfort while doing calisthenics. His manager said that the world No. 1 is taking it “day by day,” and that an announcement about his status for next week’s PGA Championship should come shortly.