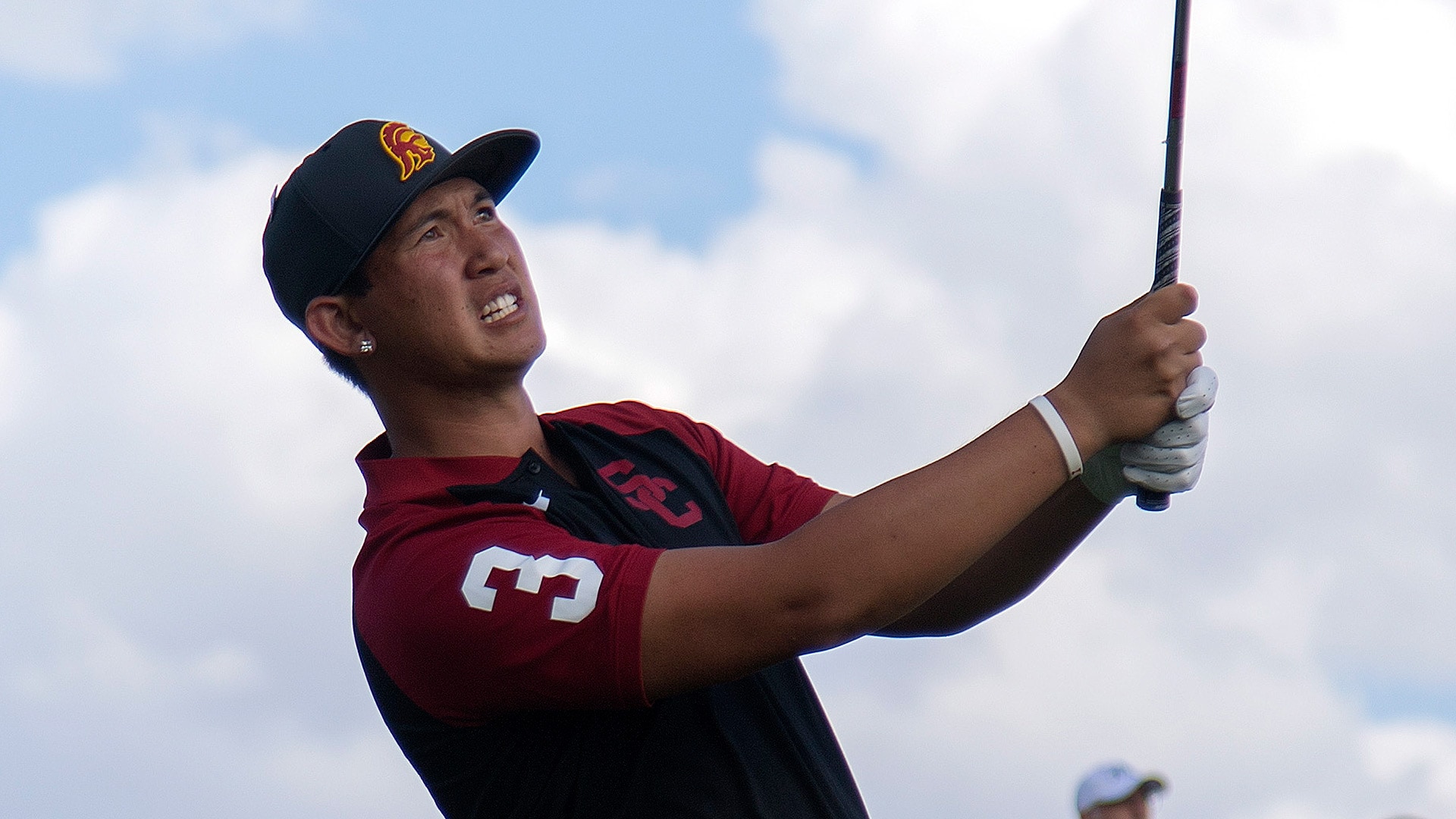 SUGAR GROVE, Ill. – Southern Cal coach Chris Zambri wasn’t about to sugarcoat it. His No. 1-ranked Trojans played poorly Monday in the final round of stroke play at the NCAA Championship. Shot 23 over par. Dropped from a tie for second into the fifth spot.

And yet, big picture, it doesn’t mean much for USC. The team still qualified for match play, where it will face Illinois in Tuesday’s quarterfinals.

“It’s the ultimate format for putting something behind you,” Zambri said. “There’s no pain from today.”

No, but there was stress.

Playing in winds that gusted up to 40 mph, USC counted no score better than 76 and finished only three shots out of ninth place.

The only contender with a bigger free fall on the final day was UNLV, which shot 24 over and needed three closing birdies to sneak inside the top-8 bubble.

“We had to play really well at the end today, and we did,” UNLV coach Dwaine Knight said.

Players had benign conditions for much of the first three rounds, and 12 teams were under par after 54 holes. The leaderboard looked much different after Monday’s play, with only Vanderbilt (13 under) and Oklahoma (1 under) in red figures and just four players breaking par during a blustery final day that sent the scoring average soaring to 77.25.

As much volatility as there was among the top eight teams, only one squad moved inside the bubble: defending NCAA champion Oregon, which shot 5 over, to improve eight spots, into a tie for fifth. Moving out was Virginia, which counted a pair of double bogeys on the last three holes to finish 10th.

Vanderbilt won the stroke-play portion by 12 strokes, but no top seed on the men’s or women’s side has gone on to win the NCAA title.