No one saw 'Samurai Lasso' coming from Jang 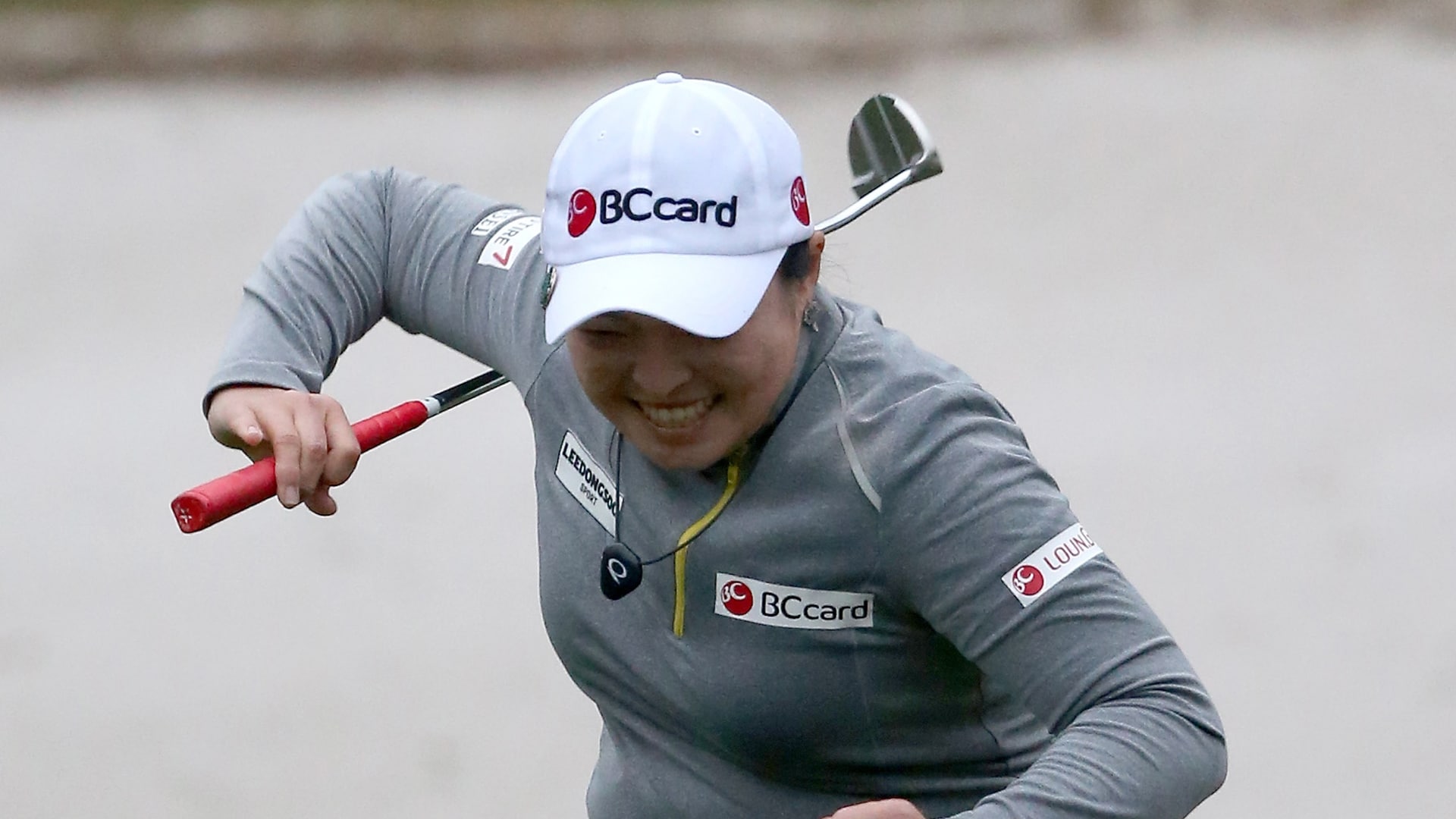 So where did Ha Na Jang’s “Samurai Lasso” celebration come from?

Her swing coach saw her try it out for the first time in a practice round two weeks ago, but Kevin Kim never expected to see Jang do it after her winning putt fell Saturday at the Coates Golf Championship.

“I’ve never seen a man or woman on the Korean Tour celebrate like that,” said the Korean born Kim. “It’s just not Korean style. She’s one of a kind. I’m surprised by some of the things she does.”

Like when Jang kneeled on the eighth green at the Ocean Club on Paradise Island at the season-opening Pure Silk Bahamas Classic, bowed with her head to the ground and kissed the turf after becoming the first LPGA player to make a hole-in-one on a par 4.

“Ha Na wasn’t doing that for the camera,” Kim said. “There was nobody on the tower with the camera. So, we didn’t think the camera was even on. She just made a hole-in-one at a par 4, and we were thinking nobody was there to get it on camera. She was just reacting when she got to the green. That’s who she is.”

About that “Samurai Lasso.” Kim said a few days before heading over to the Bahamas for the LPGA season opener, he and Jang stopped to play Golden Ocala in a practice round. On the 12th tee box, Kim said Jang was looking at her cell phone and called him over to see a YouTube video going viral. It was called “The Ideal Golf Swing Follow Through.” The video showed a player hitting a drive and then doing an elaborate Samurai lasso as a follow through.

“She wanted to give it a try,” Kim said. “With her driver, she copied it. First time trying it, she did it really well, but I didn’t know she was going to do it Saturday. I was like, `Whoa, I didn’t see that coming.’”

Jang conjured memories of Chi Chi Rodriguez and the way he celebrated big putts by sheathing his putter as if it were a sword.

“I don’t think she had it planned,” Kim said. “She might have started thinking about it after hitting her last shot so close. It’s just natural for her to react like that.”