No practice rounds for Woods at redesigned Doral 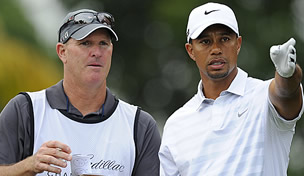 Getty Images
PEBBLE BEACH, CA - FEBRUARY 14: Dustin Johnson places his ball on the 11th green during the final round of the AT&T Pebble Beach National Pro-Am at the Pebble Beach Golf Links on February 14, 2016 in Pebble Beach, California. (Photo by Todd Warshaw/Getty Images)  -

DORAL, Fla. – Tiger Woods has won four events at Doral – two World Golf Championships and the 2006 and ’07 Ford Championship – but what awaited the world No. 1 on Wednesday afternoon was very much unfamiliar territory.

The Gil Hanse redesign of the Blue Monster has many players scrambling for answers this week, but particularly Woods who withdrew from last week’s Honda Classic 13 holes into the final round and didn’t plan to play a full practice round before he tees off on Thursday.

“I've got no idea about what that golf course holds out there,” said Woods, who planned to walk the layout Wednesday afternoon but only to chip and putt.

Woods’ caddie Joe LaCava walked the golf course on Monday and tried to explain some of the changes to his boss but, as many players are discovering this week, Doral will be a steep learning curve.

“Joey has a couple (yardage) books he wants me to take a look at on the place, and we are going to go from there,” Woods said.