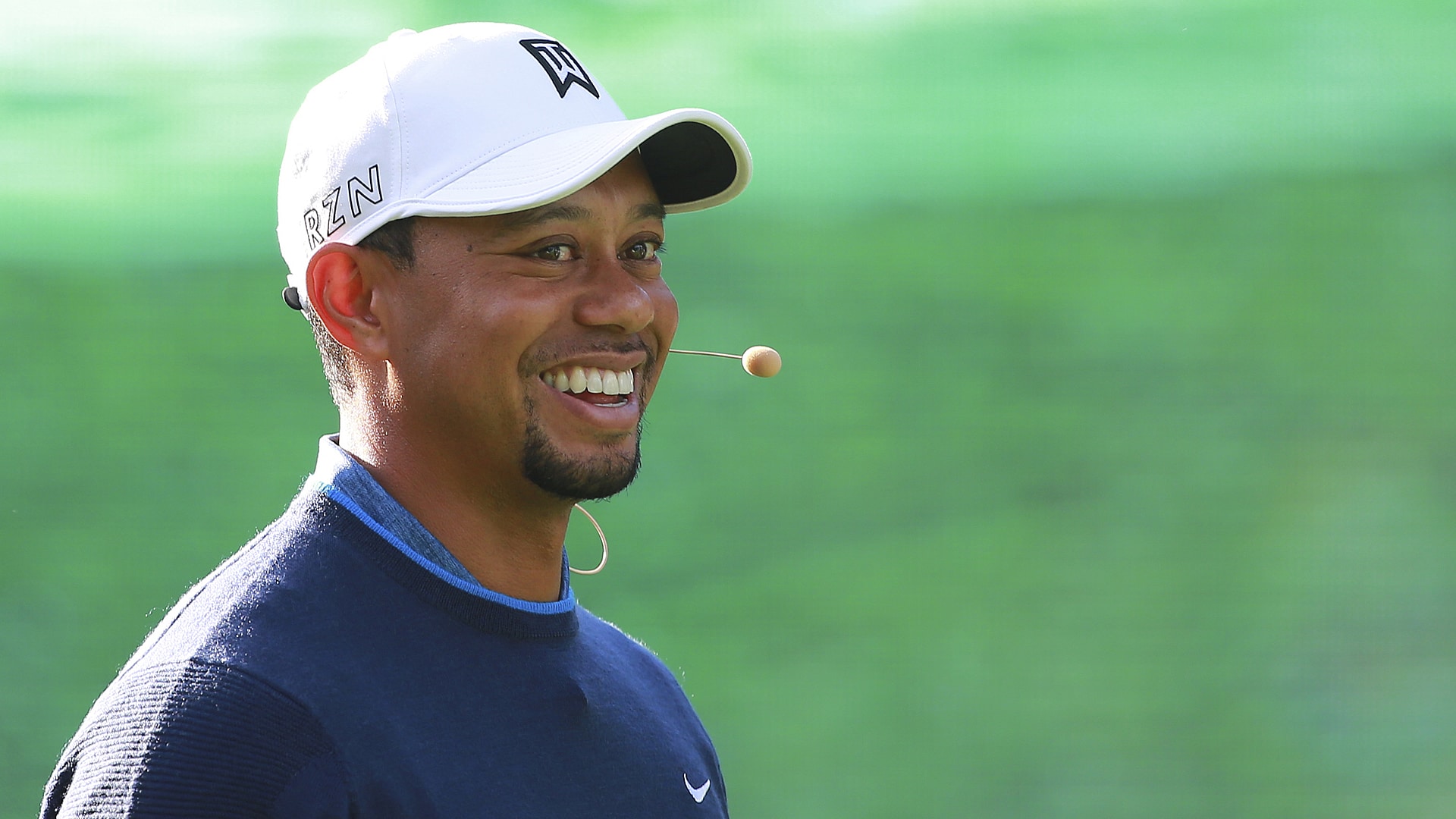 Oklahoma State commit Austin Eckroat poured in a birdie putt Thursday at Sage Valley to shoot 7-under 65 and take the lead at the Junior Invitational.

When he returned to his room minutes later, he found a TW shirt waiting for him. Every one of the 54 players in the field had been left one.

"That's when I knew," Eckroat said.

And sure enough, there he was, standing on the back side of the range. There was Tiger Woods. And there were his clubs.

Woods held a public clinic on one of the dormie holes at Sage Valley Thursday night, hitting golf shots in public for the first time since his last PGA Tour start at the Wyndham Championship in August.

Once the clinic was over, the real fun began. As Virginia commit and Villanova, Pa., native Max Siegfried summed it up Friday morning: "Tiger is a beast."

Sporting a T-shirt and a pair of shorts, Tiger held a Q&A for the juniors in one of Sage Valley's on-site cottages before pulling back the curtain - or in this case a soft partition - to reveal a ping-pong table, two pop-a-shot machines and an Xbox One. Games on hand included FIFA 16, Madden 16, Rory McIlroy PGA Tour (formerly Tiger Woods PGA Tour) and Fighter Within.

"He got schooled," Begay said. "He might have won one game."

Actually, "I don't think he ever won," said Cole Hammer, who played in last year's U.S. Open but said he was a "little scared" to try to talk to him at Chambers Bay.

As for the pop-a-shot: "He did alright," Hammer said. "I went right before him. I think I got him."

Already a surreal experience for the junior players, the timing of yesterday's scheduled drop-in was made slightly stranger by an extensive report that came out Thursday morning, detailing the outrageous turns in Woods' life in the months and years following the death of his father, Earl.

And yet, there he was at Sage Valley, laughing and losing in ping-pong to a bunch of teenagers who grew up idolizing his greatness.

"He was just a normal guy," LSU commit Phillip Barbaree said. "A lot of people think he's not, but with us he was. Maybe it's just easier because there weren't so many cameras around."