By the numbers: Key stats from Day's PGA win 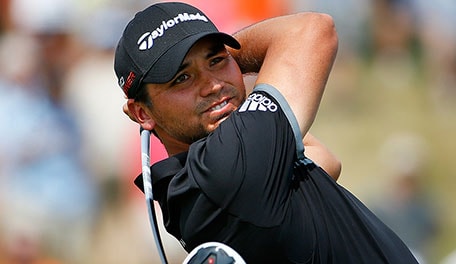 Jason Day shot a final-round 67 to win his first major at the PGA Championship. Here are some notable statistics, courtesy the Golf Channel research department:

• 20 under; best score to par in major championship history
• Woods finished 2000 Open Championship at 19 under (previous record)
• First major victory; 10th top-10 in 21 career major starts
• Six top-5s in majors before getting first win
• Most since Phil Mickelson at 2004 Masters (nine top-5s)
• At 27 years old, second-youngest Australian to win major (Peter Thomson)
• Fifth Australian to win PGA Championship; first since 1995
• 1995 win by Steve Elkington also prevented American sweep in majors
• PGA was first major title for all five Australians to win the Wanamaker
• Projected to move to third in OWGR (behind McIlroy and Spieth)
• Third PGA Tour win this season (had two in career before this season)
• Seventh top-5 finish in major, all since beginning of 2011
• Tied for most among all players in that span (Adam Scott)
• 60-for-62 on putts inside 10 feet this week (best in field)
• Led field in strokes gained tee-to-green this week
• Hit 76.4 percent GIR this week (second in field to Justin Rose)

• Moves to No. 1 in OWGR for first time in career
• Second-youngest No. 1 in OWGR history (Woods in 1997)
• Third player to finish fourth or better in all four majors in season (Woods in 2005 and Nicklaus in 1973)
• Finishes season a combined 54 under in majors in 2015
• Best cumulative season score to par in majors all-time
• Played last nine holes of tournament in 3 under (bogey-free)
• 13 bogeys in last two majors (followed nine with birdie)