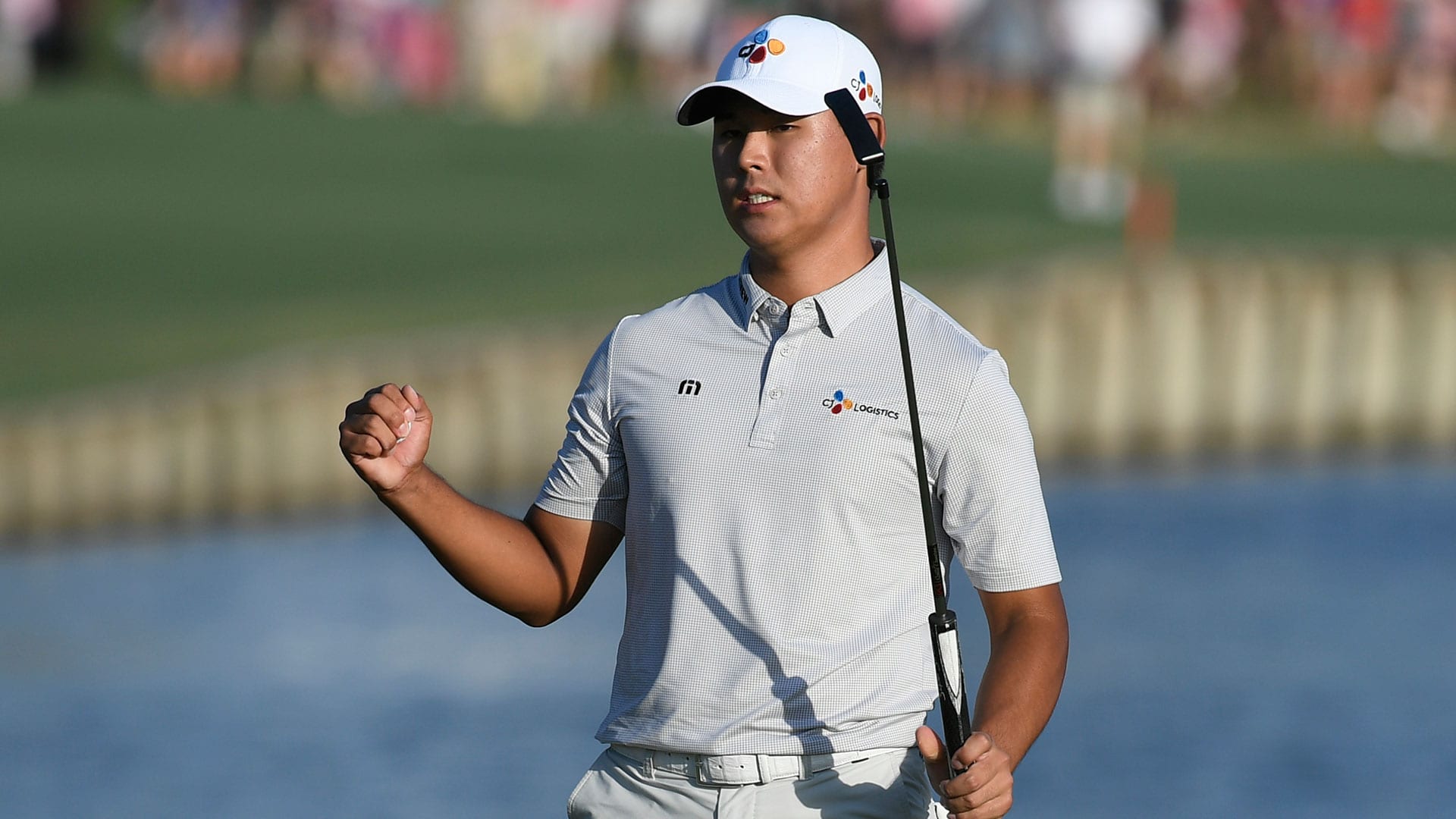 Si Woo Kim won The Players Championship Sunday and joined some rare company in the process. Here are some key stats from the final round provided by the Golf Channel editorial research unit.

• Both PGA Tour wins by three or more strokes

• Second international player since WWII to win twice before 22

• Only player younger in that span – Sergio Garcia in 2001

• Other players in that group – Woods, Garcia, Jordan Spieth

• Projected to move into top 30 in World Ranking

• Has never previously been ranked inside top 50

• Third in strokes gained tee to green this week, second around the green

• Double eagle on 16th hole (first on 16 in tournament history)

• 1-for-5 converting away from TPC Scottsdale

• 80; worst final round score by defending champion at TPC Sawgrass