By the numbers: Round 3 stats from PGA 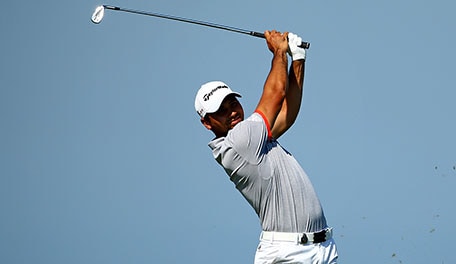 Jason Day leads by two over Jordan Spieth heading into the final round at the PGA. Here are some notable statistics, courtesy the Golf Channel research department:

• 15 under; two-shot lead entering final round
• Third consecutive major to hold 54-hole lead/share
• Sixth player in modern era to hold 54-hole lead in three-plus straight majors
• Others all won at least one major in streak
• Second-best 54-hole score to par in PGA Champ. history
• Trails only Ernie Els, 16 under in 1995 (finished T-3)
• Hit six approach shots inside 4 feet in third round
• 42/54 GIR this week; second-best in field through 54 holes
• 19th time at/within three of lead after rounds 1-2-3 in a major
• Eighth time inside top-5 through 54 holes in major since 2010
• That is most of any player in that span
• Failed to convert last five 54-hole leads/shares on PGA Tour
• 1-for-7 in PGA Tour career with 54-hole lead/share

• 12 under; three shots back entering final round
• Bogey at 18; had not dropped shot since fourth hole
• Hit 16/18 GIR in third round (bogey/worse on two missed GIR)
• Only Englishman to win PGA – Jim Barnes in 1916 and 1919
• Those were the first two PGA Championships ever contested