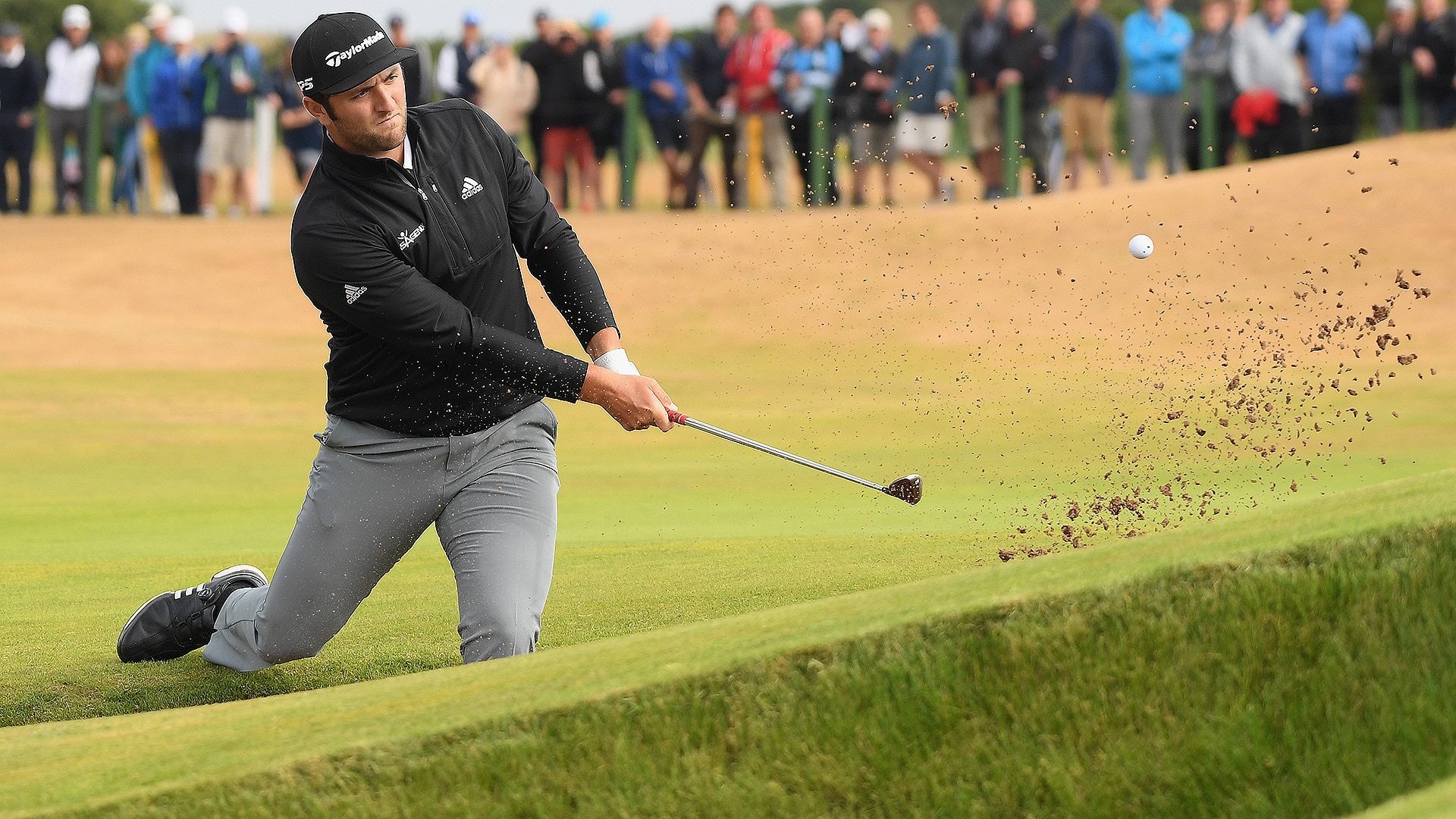 CARNOUSTIE, Scotland – The key to surviving Carnoustie is avoiding the bunkers.

Jon Rahm found three bunkers to close out the front nine Friday, the start of a triple bogey-double-bogey run that led to a second-round 78 and missed cut at The Open.

“All of them were as bad a lie as they could have been,” he said. “Besides that, things didn’t happen. I can’t give an explanation, really. I don’t know.”

Rahm’s troubles started on the seventh hole, a par 4 with a steady left-to-right wind. Out of bounds loomed left, and Rahm, who primarily plays a cut shot, hadn’t missed left all week. This time, his ball didn’t curve, and the OB tee shot led to a triple.

“Whenever I start missing shots to the left,” he said, “it’s really hard for me to play.”

After a career-best fourth-place finish at the Masters, Rahm has now missed the cut in consecutive majors.

“Right now I’m not in any mental state to think about what happened, to be honest,” he said.