Obama, Trump get in year-end golf round (separately) 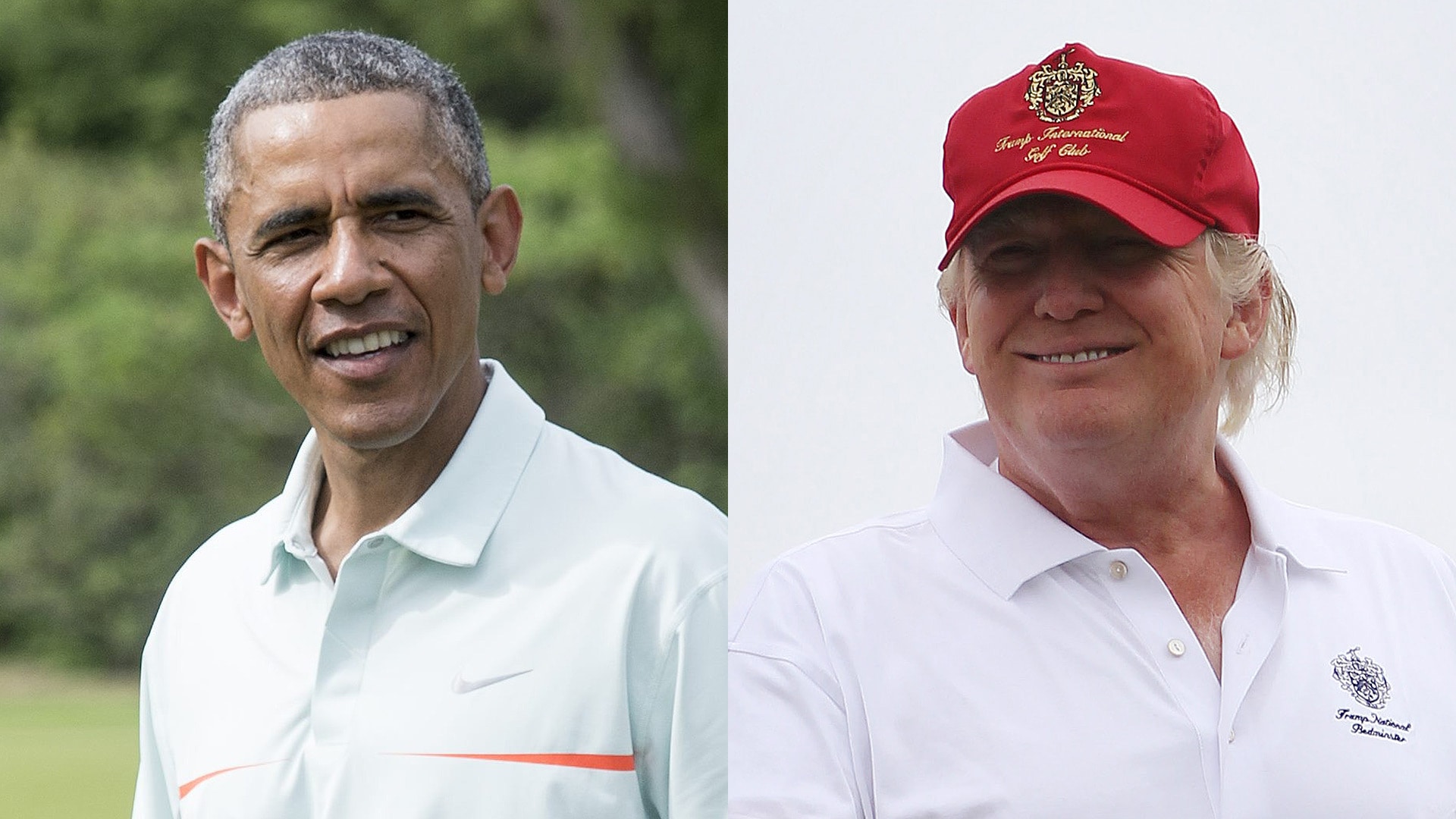 What better way to ring out the old year and get ready for ringing in the new than getting in 18 holes? That was the order of the day Saturday for both the outgoing and incoming presidents of the United States.

Barack Obama, on vacation with his family in Hawaii, played his 64th round of golf in 2016 and 333rd overall during his presidency, according to CBS News White House Correspondent Mark Knoller. Reporting the number of rounds played by a president immediately ignites a debate between the "he plays too much" and "he's entitled to stress-relief" camps, so it's worth noting that Obama is, at best, the third-most avid golfer to occupy the White House. According to NPR, fellow two-term presidents Woodrow Wilson and Dwight D. Eisenhower played, respectively, 1,200 and 800 rounds during their presidencies.

On the other side of the coin is George W. Bush, who played only 24 times during eight years in the White House, according to the same NPR report. Bush stopped playing while in office after an Aug. 19, 2003, truck bombing in Baghdad killed the U.N.'s top official in Iraq. He decided at that time, Bush said, according to The Washington Post, that "it's just not worth it anymore."

Meanwhile in Florida on Saturday, President-elect Donald Trump played at his Trump National Golf Club in Jupiter, Fla. And he did it "without notifying the traveling press pool that traditionally reports on his whereabouts."

That phrase is taken directly from the Palm Beach Post report on Trump's activity. Apparently taking off without informing your press pool where you're going is a no-no. Trump transition aide Stephanie Grisham was unaware that Trump had left for his Jupiter club until she was so informed by The Associated Press.

“We are in the home stretch of this transition period and don’t anticipate any additional situations like this between now and inauguration,” Grisham said in a statement to the AP, according to a CBSNews.com report. “We hope this one incident doesn’t negate all the progress we have made and look forward to continuing the great relationships we have built.”

A member of the club, Dr. Eric Kaplan, posted a photo to Twitter of Trump and said he was accompanied by about 25 Secret Service agents, according to CBSNews.com.

Proud to stand With President elect Trump, this is a gracious man, and he will make America Great Again in 2017 pic.twitter.com/GH8SrpyH35