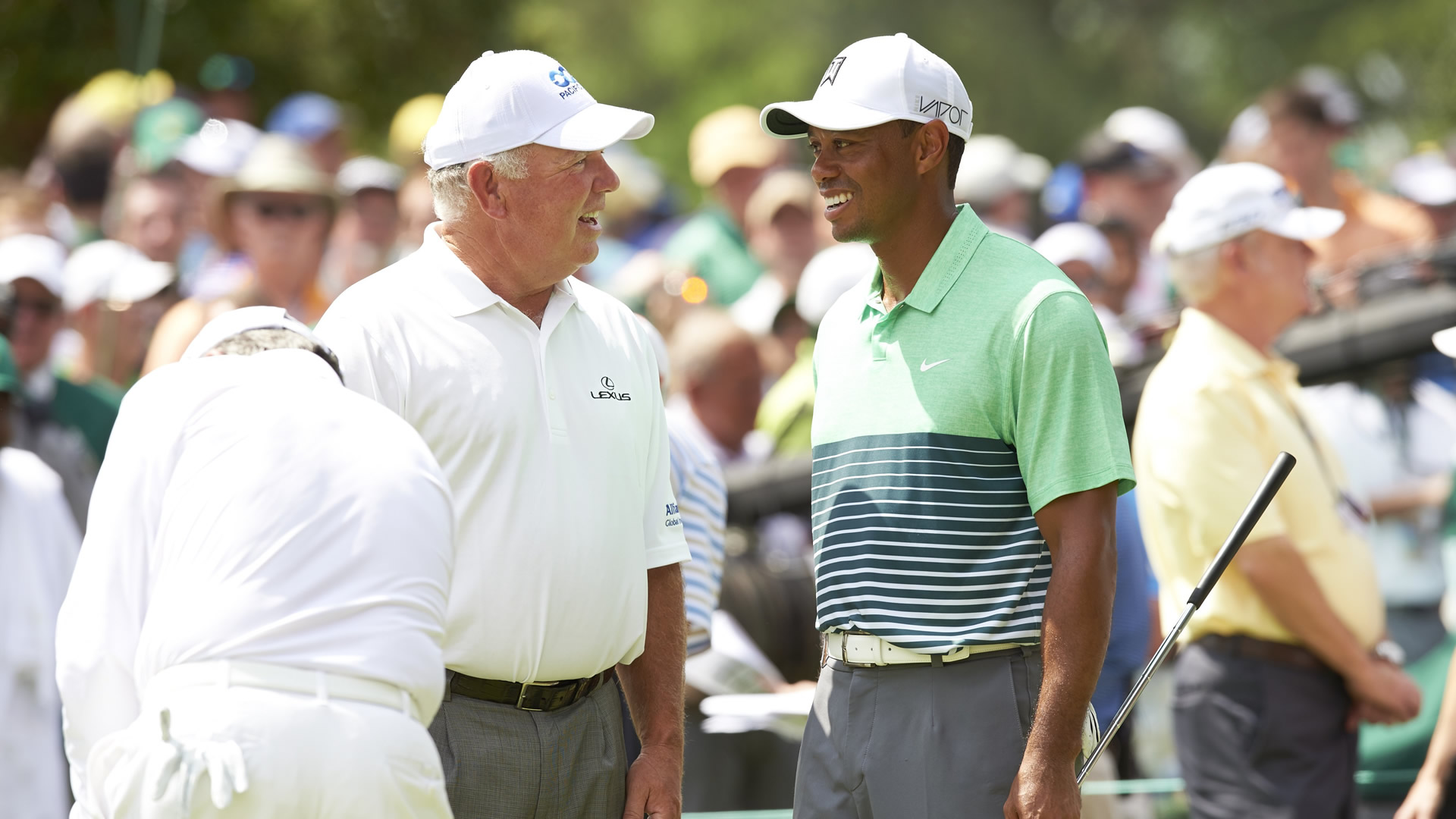 AUGUSTA, Ga. – Mark O’Meara sat next to Tiger Woods at Tuesday night’s Champions Dinner and said that the four-time Masters champion is “struggling.”

“I feel for him,” O’Meara said after a practice round Wednesday. “He’s day to day. He said, ‘Some days I have good days; some days I have bad days.’ [The pain] is pretty much in the same area in his lower back that he’s had the surgeries on. But he’s such a competitor that he can’t come out and play half of what he did.

“The timetable for his return, I didn’t ask him, but you can tell that it’s kind of you just have to wait and see.”

Woods, who hasn't played since Feb. 2, announced last Friday that he would miss the Masters for the third time in four years because of injury. This year’s event was particularly important to him, because it marked the 20-year anniversary of his game-changing 12-shot victory in 1997.

Ben Crenshaw, the evening’s emcee, discussed the significance of that event during the dinner.

“I know it’s a struggle for him, I can tell you that much,” O’Meara said of Woods, whom he has known for the past two decades. “He misses it. When you’re a competitor like he is, and you’ve accomplished what he has, he certainly misses being here and playing the game at a high level because that’s what he’s been all about for all of these years.”