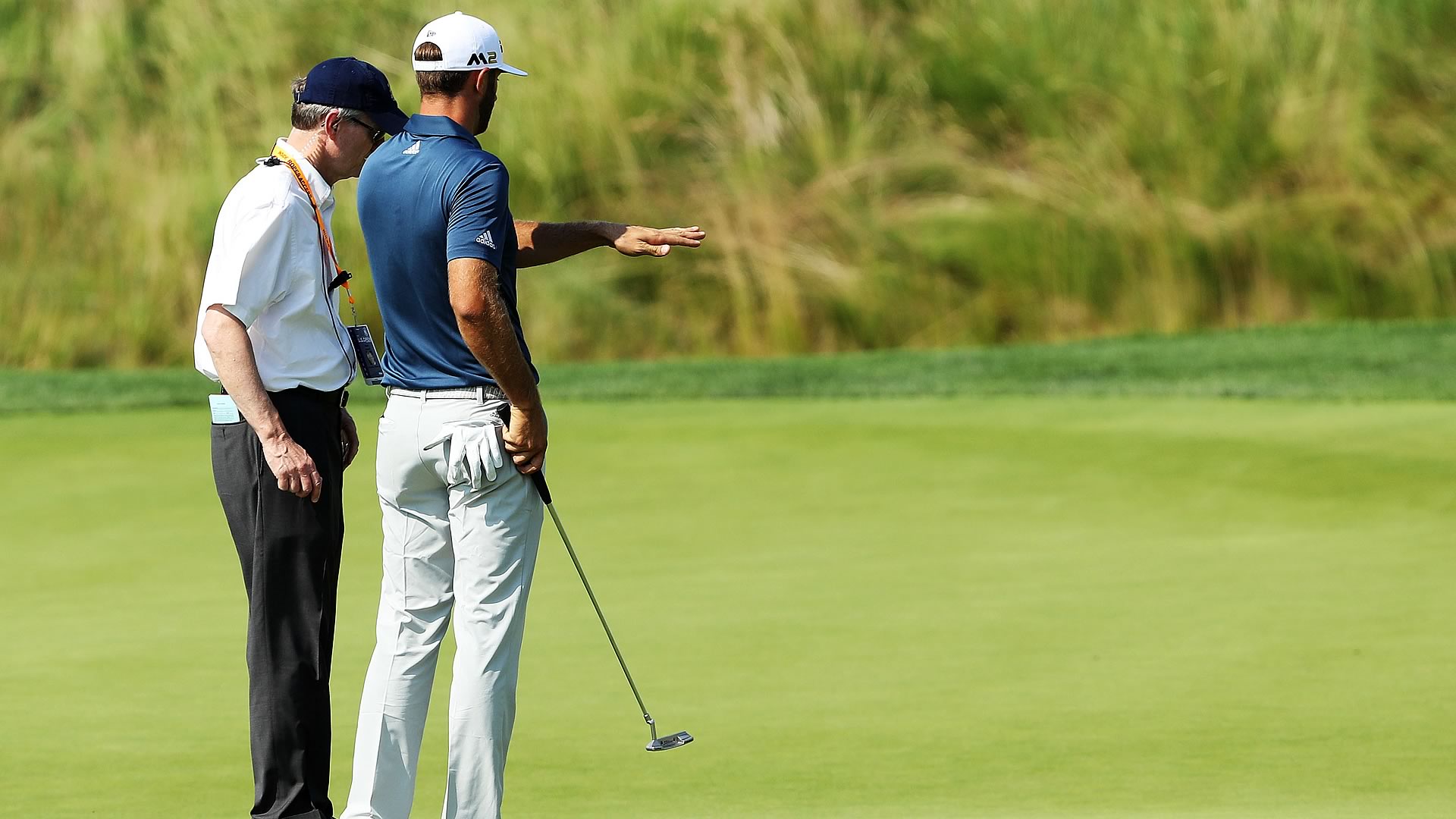 The USGA assessed Dustin Johnson a one-stroke penalty for causing his ball to move on the fifth green. Johnson's final score was a 1-under 69, but he finished three strokes clear of second place in winning his first major title.

OAKMONT, Pa. – A few holes after Dustin Johnson received a beneficial ruling that allowed him to drop out of the rough adjacent to the 10th hole and into a more desirable lie, he was informed his rules issues may not be over.

The reason: Just as Johnson was about to hit his par putt at the fifth hole, his ball moved slightly.

He informed an official he did not ground his putter and therefore there was no penalty, but on the 12th tee Johnson was told by officials that they plan to review the incident after the round.

“We put him on notice. Based on what we saw it could lead to a penalty stroke,” Jeff Hall, the USGA’s managing director of rules and competition, told Fox Sports. “We thought that was the only thing we could do. We think it was fair that we notify Dustin and give him the opportunity to see what we saw at the end of the round.”

If Johnson is deemed to have caused the ball to move, the penalty would be one stroke.

Earlier in the round Johnson pulled his tee shot into the deep rough left of the 10th fairway, but when he arrived at his golf ball he discovered a television tower between him and the green.

After consulting with a rules official, Johnson was allowed to take “line of sight relief” away from what is considered a temporary immovable obstruction. He was allowed to drop into the first cut of rough, which was a much more manageable shot.

Johnson reached the green with his second shot and two-putted for par.

It was a similar situation in 1994 at Oakmont when Ernie Els found the same thick rough adjacent to the first hole and had a cherry picker with a camera on it between himself and the hole.

Els was also allowed “line of sight relief” and a drop into an area where the rough had been trampled down. The South African three-putted the hole for bogey, but went on to win the championship.