One Time With Tiger: Bradley Hughes 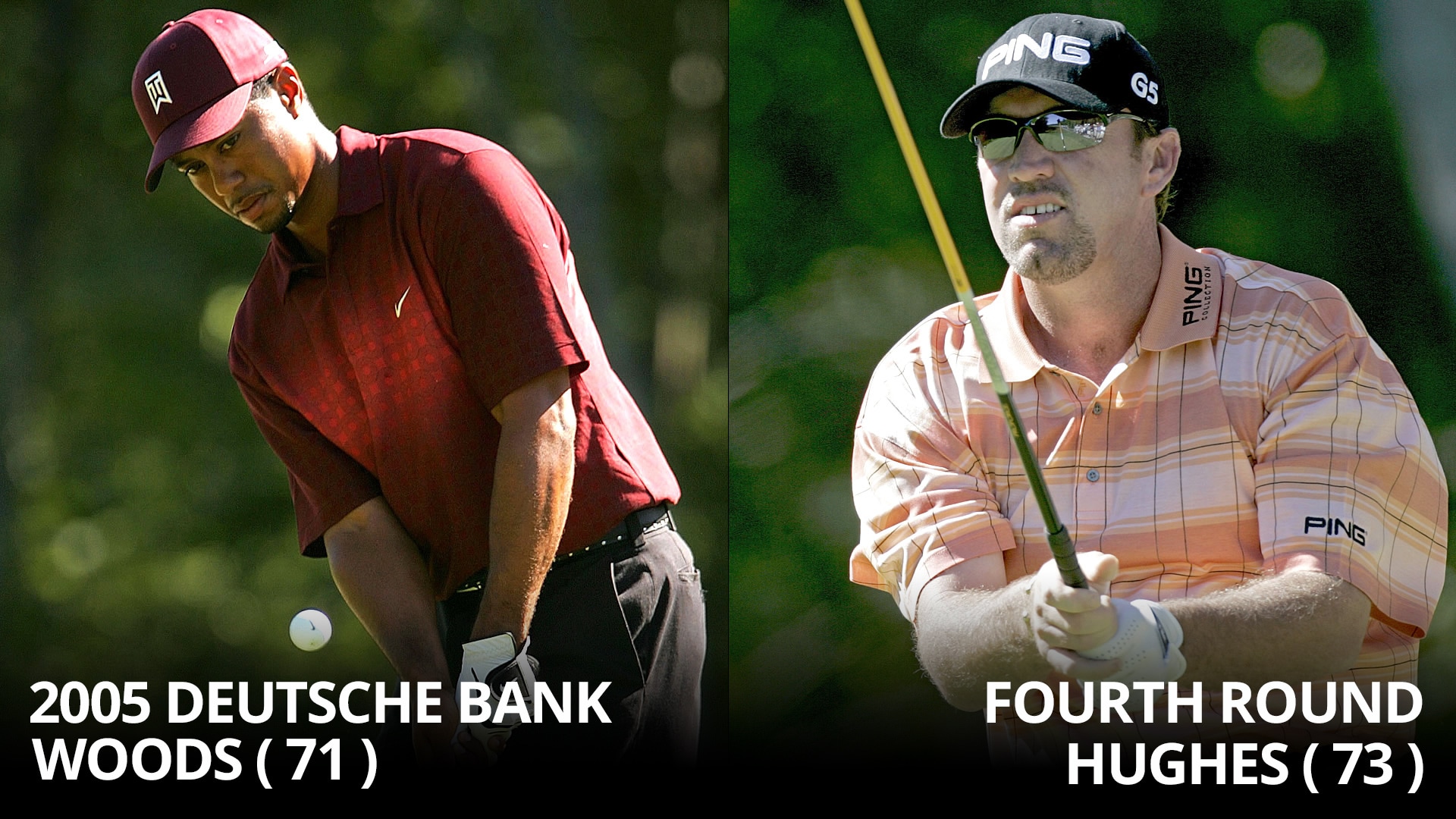 Standing on the first tee at TPC Boston, Bradley Hughes glanced at the clock and wondered if he’d be playing alone. On his personal bucket list, Hughes, then a 38-year-old Australian, had already ticked off rounds with Seve Ballesteros and his childhood hero, Greg Norman. Now he awaited an early-morning tee time with Tiger Woods.

It was Labor Day 2005, and the crowd, eager to catch a glimpse, swelled 10 rows deep several holes ahead. Somewhere in that throng were a few of Hughes’ buddies from Connecticut, who made the 90-minute drive to Norton, Mass., to witness a round they’d talk about for the next decade. Hughes was relieved when Woods finally strode to the tee, about 30 seconds before his name was announced.

Woods won six titles that year and didn’t finish worse than fourth in the majors (including two victories), but he didn’t make a great first impression. On the opening hole, he dumped his approach into the lip of a greenside bunker, needed two shots to escape and walked off with a double bogey. “The joke I always tell now,” Hughes said, “is that I must have made him nervous.”

Truth is, it was an oddly comfortable pairing. There was no final-round intensity, with both players well out of contention, beginning the final round of the Deutsche Bank Championship in a tie for 41st, seven shots back. And Hughes had known Woods’ longtime caddie, Steve Williams, for nearly 25 years, since he was 13. In 1981, Williams served as the assistant pro at famed Rossdale Golf Club in Melbourne, and Hughes used to caddie for him in tournaments.

“That helped ease the tension,” Hughes said. “There was a bit of banter going on, and when I mentioned that I used to caddie for Steve, Tiger said, ‘Well, since I’m going this bad, maybe I can caddie for Steve instead.’”

As a two-ball, there wasn’t much time for conversation. But back on the tee …

“Steve had a bit of gas going on,” Hughes said, “so he was letting it loose in front of the gallery and we were all just laughing.”

Over the years, many players have expressed the difficulties of playing alongside Woods. There are more nerves. More fans. More distractions. But Hughes actually found it easier to be inside the ropes with the world No. 1.

“There’s a lot more tunnel vision,” he said. “With that many people, there’s a strip down the fairway, and you don’t see the hazards or the trees or the O.B. stakes. And if you do happen to hit one off-line, well, they’re not going to get out of the way, so you’re going to stay in play.”

Neither played well that day – Woods shot 71 (T-40), while Hughes (T-51) slumped to a 73 near the end of a trying season – but even now Hughes can vividly recall the difference in the sound of Woods’ shots, how the contact was flush, how the ball sizzled through the air.

Afterward, Williams took a picture of Woods and Hughes in the scoring tent, and Woods even fetched Hughes’ now ex-wife an ice cream from the clubhouse.

Hughes would play only five more events on the PGA Tour, going through a divorce and losing his desire to compete. That post-round photo now hangs in his office in Greenville, S.C., the headquarters for his teaching academy that he started in 2008.

“It’s pretty cool to say you’ve played with him,” Hughes said. “He was on TV every minute during those years, but I’ll never forget being able to stroll down the fairways with him, to be the center of attention with him, even though no one was watching me.”