One Time With Tiger: Brendan Steele 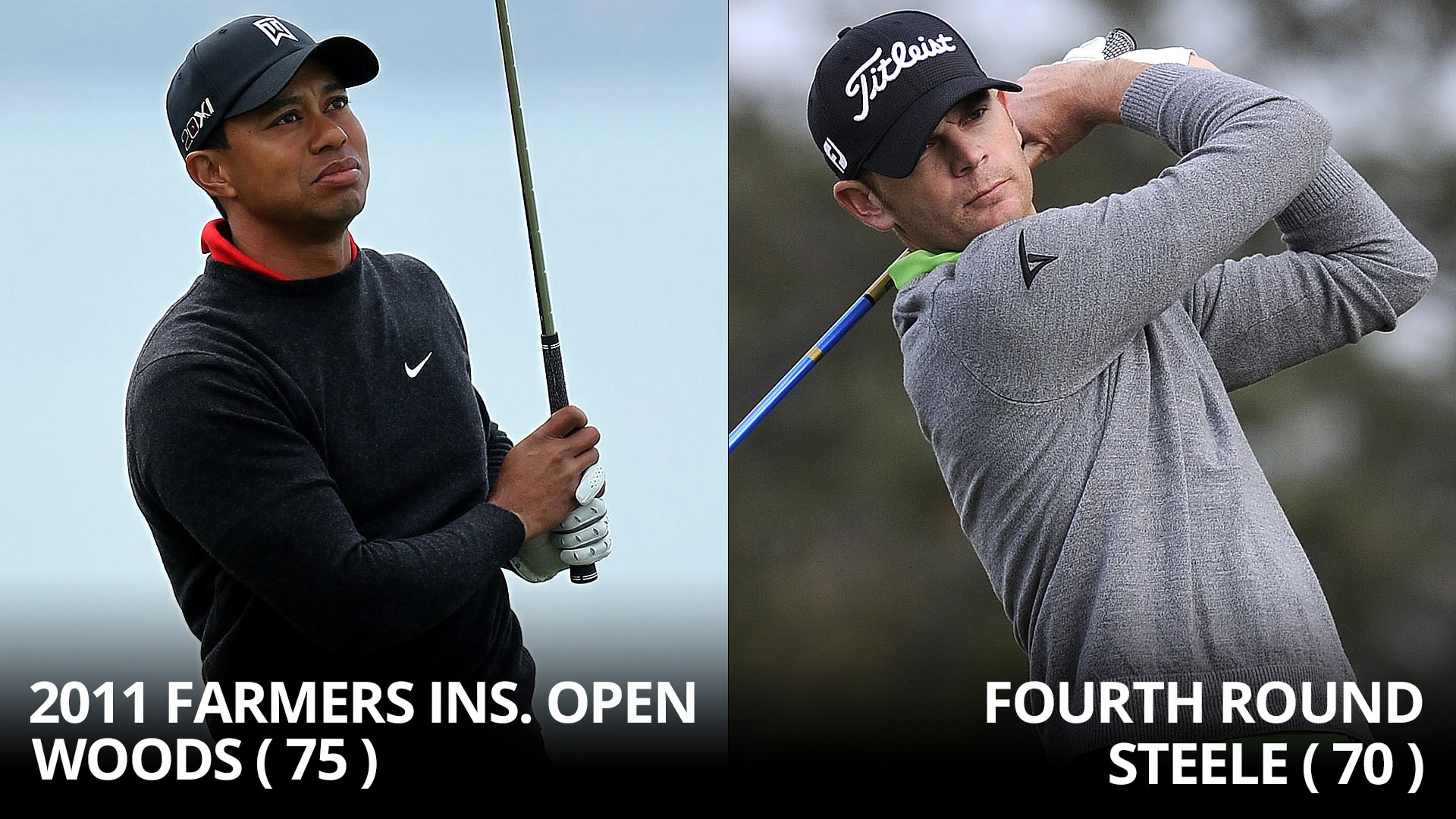 Brendan Steele was making just his third PGA Tour start when he found himself paired on Sunday with Tiger Woods at the 2011 Farmers Insurance Open.

“I was so nervous,” said Steele, 33. “We had this huge gallery, I’d never seen anything remotely close to that. I remember just thinking, stay out of his way. Don’t get in any kind of trouble.”

Steele said Woods set the tone for what turned into a surprisingly relaxed day as the twosome headed down the second fairway.

There was even a light moment when the sun began to peek through a thick layer of clouds that had enveloped the seaside layout. It was an unplanned-for break in what was supposed to be a cold and overcast day.

“The sun comes out and he looks at me and says, ‘I didn’t know the sun was going to come out. All I have are these rain pants on [with basketball shorts underneath],’” Steele said.

Focused on not making any mistakes while playing with Woods, Steele never imagined it would be his post-round interview that he would bogey.

Steele recounted a pleasant day on the course, despite Woods shooting a 75, with the two chatting about their common golf background in Orange County, Calif.

“I tell my story and all the media is looking at me and going, ‘That doesn’t sound like Tiger. He was nice to you?’” Steele said. “ ‘You know him for the intimidation, right, and the fire,’ and I’m going ‘We’re in 45th place; it’s not the same level of intensity.’

“If he was trying to win the tournament there would have been a different kind of focus. The story comes out that I said, ‘Tiger quit on the course.’”

Steele can laugh about the sensationalized story now, and in retrospect he said it turned into a valuable lesson on focus from one of the game’s most intense players.

“If I’m mad and slamming clubs, it’s probably not going to be my best day, but Tiger can flip that switch,” Steele said. “He can be really nice and friendly and joke around, and then he can flip that switch and when the camera cuts in he’s into that shot.”