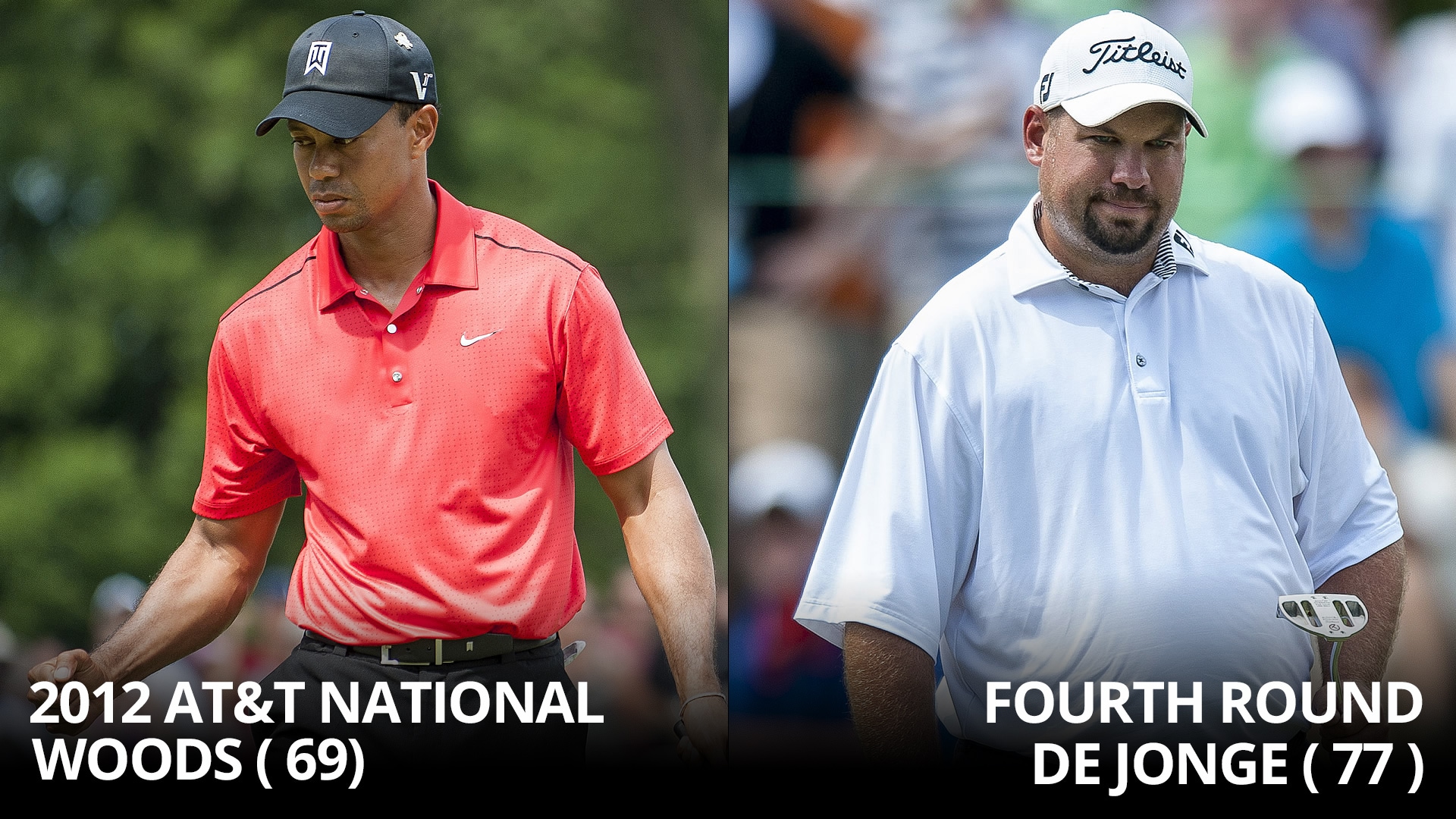 Just before midnight on June 29, 2012, a weather phenomenon called a derecho storm ripped across the East Coast, leveling trees and leaving more than 400,000 people in the Washington, D.C., area without power.

At Congressional Country Club the damage was so extensive that PGA Tour officials took the unprecedented step of closing the third round of the AT&T National to spectators because of safety concerns.

It was a surreal sight as tournament host Tiger Woods played his third round with only the whine of chainsaws clearing away fallen trees breaking the silence.

Playing with Woods was Brendon de Jonge. “I think we had three [people in their gallery] today,” the Zimbabwean laughed at the time. “Maybe four for a couple of holes, but then [one] left us.”

After more than 40 felled trees were cleared away, things returned to normal on Sunday - at least the competitive version of normal for Woods, if not de Jonge.

Paired with Woods for the first and only time in a regular Tour event, de Jonge recalled being immediately taken by the size and raucousness of the gallery.

“Dealing with the crowds is the toughest part,” de Jonge said. “It was the day after no one had been on the course, so it was a little unruly at times. There was a lot of movement, a lot of chatter when you’re trying to play. You do feel like you are playing on his turf.”

Tournament officials honored all Saturday tickets for Sunday’s final round, nearly doubling what would be considered a “normal” final-round gallery for Woods. While massive crowds have long been a way of life for Tiger, for de Jonge, who joined the Tour in 2007 and was vying for his first big-league victory, it was an entirely new experience.

“We talked about the crowds quite a bit,” de Jonge said. “We heard some interesting things out of the crowd, and I asked him, ‘Do you hear this all the time?’ He was like, ‘Yeah, it’s like this all the time. It kind of goes with it.’”

Nothing prepares you for the size and scope of a Tiger crowd, and dozens of players with resumes much deeper than de Jonge’s have struggled with the added noise and movement, especially after Woods putts out.

“I remember on [Nos.] 10, 11, 12, he kind of putted out, but for the most part he was pretty courteous about it, where he would mark his ball so you could putt in peace,” de Jonge said.

“He was very focused, especially with nine holes to go,” de Jonge said of Woods, who closed with a 69 to win by two strokes. “It’s almost like he sort of shifted gears from the front nine to the back nine.”

It was, as de Jonge remembered, almost like a storm building on that Sunday in 2012 – a very loud, very impressive storm.