One Time With Tiger: Grant Waite 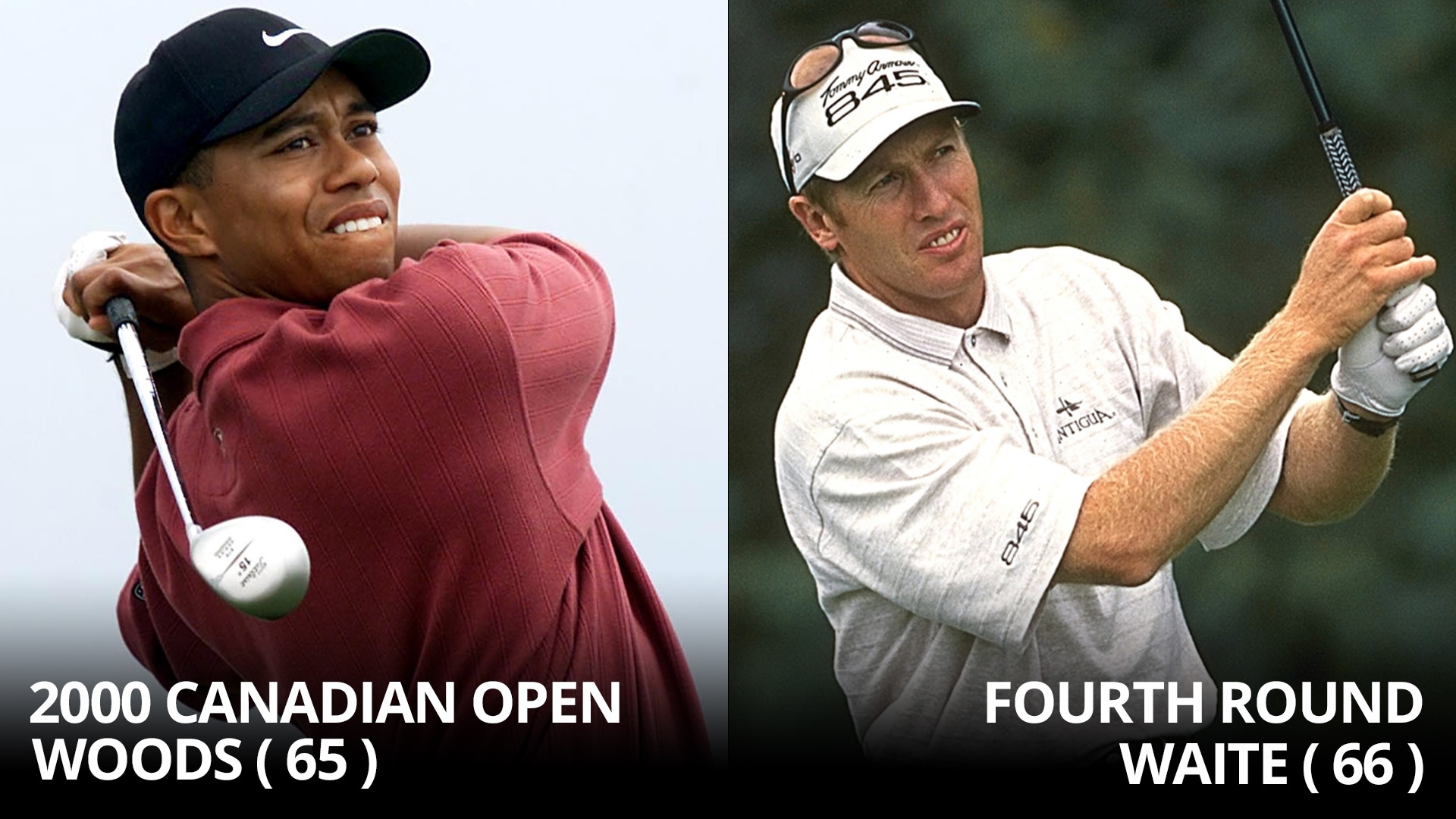 Tiger Woods was trying to make history, pure and simple.

In the summer of 2000, Woods won the U.S. Open at Pebble Beach by 15 shots and The Open at St. Andrews by eight strokes.

He also won the PGA Championship, which made the last item on his historic to-do list a September stop at the Canadian Open, where he could join Lee Trevino as the only players to win the game’s three biggest opens in a single year.

Woods accomplished his mission thanks to what some consider one of the greatest shots he ever hit, not that Tiger gets caught up in such esoteric accomplishments.

“That one shot I hit in Canada was pretty good, but you know what? I keep telling everybody I didn’t hit the green,” Woods has said of his 6-iron at Glen Abbey’s 72nd hole, his tongue firmly planted in cheek. “I hit it over the green. So it wasn’t really that good.”

Grant Waite had a slightly different perspective that day. Sharing the 54-hole lead with Woods earned Waite his first - and only - professional pairing with the longtime world No. 1.

“I was playing really well and I was excited to play with him,” Waite said. “During that period of time he was winning every tournament he’d played. I thought it was an opportunity to see if I could compete.”

Waite was 36 at the time, in his ninth season on the PGA Tour and in awe of Woods’ accomplishments. But playing with Tiger was an entirely different experience that started at the first tee.

“What Tiger tended to do back then is he’d let you go on the first tee first,” Waite recalled. “He’d let you go first so you could hear the ovation for him. It was something he could use for intimidation.”

But if the New Zealander was intimidated he certainly didn’t show it, with birdies at Nos. 2 and 3 to take a one stroke-lead over Woods. Eventually they went to the par-5 18th hole with Woods one shot ahead.

After finding a fairway bunker down the right side, Woods launched a towering 6-iron from 218 yards over a lake. The ball sailed just over the flag and settled in the back fringe about 18 feet from the hole.

Waite, who had hit his 5-iron second shot to 25 feet, watched from a few yards away.

“I’ve been in that bunker when it was downwind and you can’t see where he was going,” Waite said. “I knew the shot he had. I was anticipating the ball coming out towards the middle of the green, which was shorter to carry, plus he had to go over some trees to go at the pin.”

“The difficulty of that shot is it’s the last hole,” Waite said. “The genius of Tiger at the time was he was willing to take on any shot and the consequences didn’t matter. It’s what separated him from everyone else.”

Waite two-putted for birdie, finishing one stroke behind Woods, go got up and down. Waite says he’s told the story countless times.

“I sometimes think about it, and I joke, ‘All I needed was one grain of sand between the clubface and the ball," he said with a laugh, "and my life would have changed forever."