One Time With Tiger: Keith Fergus 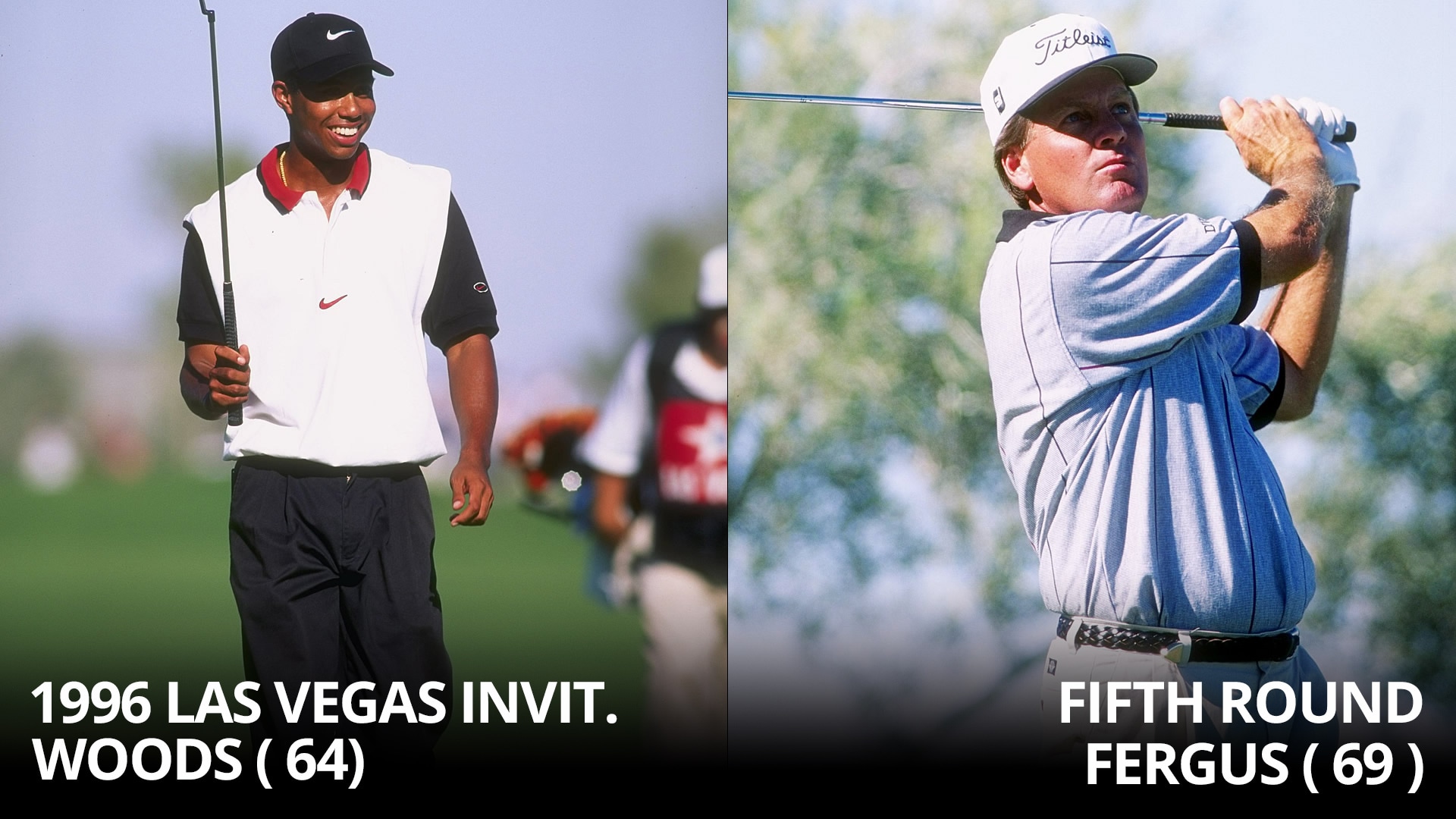 Trailing by one on the 16th tee at TPC Summerlin, Fergus knew he needed at least a birdie to keep pace with Woods, who had bludgeoned the par 5s all day, hitting an iron into each. But with Woods already on the green in two, Fergus was greedy with his wedge shot. His ball ricocheted off the rocks short of the green and splashed into the pond. Double bogey. Woods, in just his fifth start as a pro, two-putted for birdie, a 64 and an eventual spot in a playoff. Fergus’ hopes for a fourth career PGA Tour title were over; he finished in a tie for 12th after a closing 69.

Fergus didn’t hang around for the playoff between Woods and Davis Love III. “If you get beat,” he said, “then you like to get beat by the winner. So I was happy that he won – and I knew there would be plenty more.”

The Las Vegas Invitational was the first of Woods’ 79 Tour victories. That week in Vegas, Fergus was 42, on the back end of his career. Searching for his first victory in 13 years, he started with a course-record 62 to open a nine-shot cushion on Woods. But after the fourth of five rounds, Woods had closed the gap, and they entered the final round tied at 19 under, four shots behind leader Ronnie Black.

The Vegas tournament is usually sparsely attended – there are other attractions in Sin City, of course – but Fergus recalls a frenzied atmosphere surrounding the first tee.

“Finally,” he said, “I get to see what this guy is all about and if he meets the hype.”

Fergus had heard the stories of Woods’ prodigious length, but was eager to compare his game in person. On the second hole, a beefy par 4, Fergus shot his caddie a confused look when Woods grabbed a 2-iron. “What in the world is he doing with that club?’” Fergus said. A few minutes later, as he approached the two balls in the fairway, he saw that he’d outdriven Woods by only five paces – with his driver.

“That was the first thing that had me scratching my head,” he said.

The second thing was what happened on the ninth hole. About 40 yards behind Woods, Fergus had no chance to reach the par 5 in two. He hit a driver off the deck and pulled off his intended shot, his low cut trickling into a bunker short of the green. Woods had only 230 yards to the pin, and he hit an iron shot “into the orbit” that landed softly, about 10 feet away.

“Was that a 4-iron?” a bewildered Fergus asked Woods’ caddie, Mike “Fluff” Cowan, as they walked toward the green.

“He was hitting some shots that you weren’t accustomed to seeing,” Fergus says now. “At that stage, he was the best ball-striker I’d ever seen.”

And yet Fergus still had a chance to deny golf’s next big star his first pro title. He matched Woods nearly shot-for-shot for four hours, making six birdies as they turned toward the clubhouse.

“It was a fun day,” Fergus said, before correcting himself.