One Time With Tiger: Lee Rinker 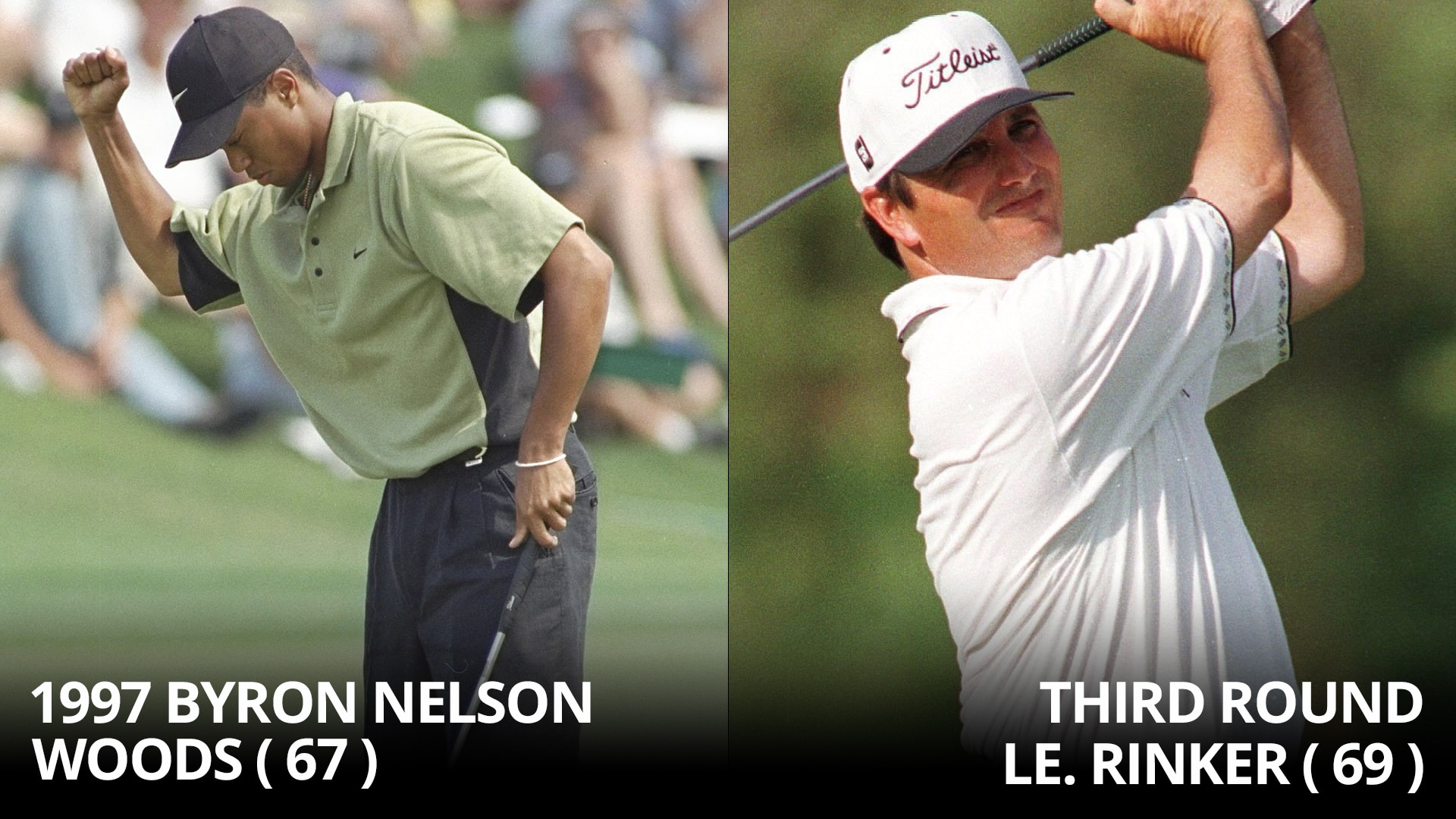 Lee Rinker remembers how much fun he had playing his way into contention in his only round with Tiger Woods and how that would lead to an unforgettable wish come true for a critically ailing boy in Ohio.

This was back at the GTE Byron Nelson Classic in the spring of 1997.

Woods was making his first start after winning his historic first Masters.

“He was like a rock star,” says Rinker, who today is the director of golf at Emerald Dunes Golf Club in West Palm Beach, Fla. “I was just trying to make a living playing golf, and he was the biggest story in golf, by far.”

Rinker closed with three consecutive birdies in the second round.

“I tied Tiger for the lead,” Rinker said. “I remember being over that last birdie thinking I might end up playing with him.”

Rinker did earn a pairing with Woods in the third round.

“Tiger had just won the Masters by 12 shots, and the gallery was lined up all the way from the tee to the green,” Rinker said. “It looked so narrow, and I remember thinking, `God, I hope I don’t kill somebody.’”

Rinker wasn’t too nervous to have some fun with Woods at the second tee, where play was backed up.

“I was kind of a cut up,” Rinker said. “At the time, there were rumors going around that Tiger was dating Tyra Banks. So, I look at him, and I go, `So Tiger, come on, give us the scoop. Are you really dating Tyra Banks?’ He looks at me and he goes, `Oh, come on. They have me dating Kelli Kuehne, too.’ We laughed.

“Tiger would talk to you. He was good to play with, very respectful of other players.”

Rinker took turns sharing the lead with Woods in the third round, before Woods went up by two at the end. Rinker ended up playing in the second-to-last pairing on Sunday, in front of Woods. Rinker finished second, with Woods winning.

Rinker’s older brother, Larry, would play with Tiger a year later, at The Players Championship.

The pairing opened a window to Woods for Rinker, where he felt comfortable approaching the young star with a request a couple years later. Rinker was from Ohio, and a pediatrician he knew there was treating a 10-year-old boy fighting leukemia. The boy’s name was Danny Herchline. The doctor told Rinker that the boy was part of the Make-A-Wish Foundation. The boy’s wish was to play a round with Tiger.

Moved by the boy’s plight, Rinker approached Woods at the Western Open in 1999, with a letter from Herchline. Tiger read it and told Rinker to set something up with his agent. Herchline ended up meeting Woods at the WGC-NEC Invitational in Akron, Ohio, where he walked inside the ropes with Woods in a practice round, with Woods letting Herchline hit some shots.

“It was the greatest day of my life,” Herchline told reporters after.

Lee relishes his memory playing with Tiger, and he relishes how it helped a boy from Ohio realize a dream.