One Time With Tiger: Nick Dougherty 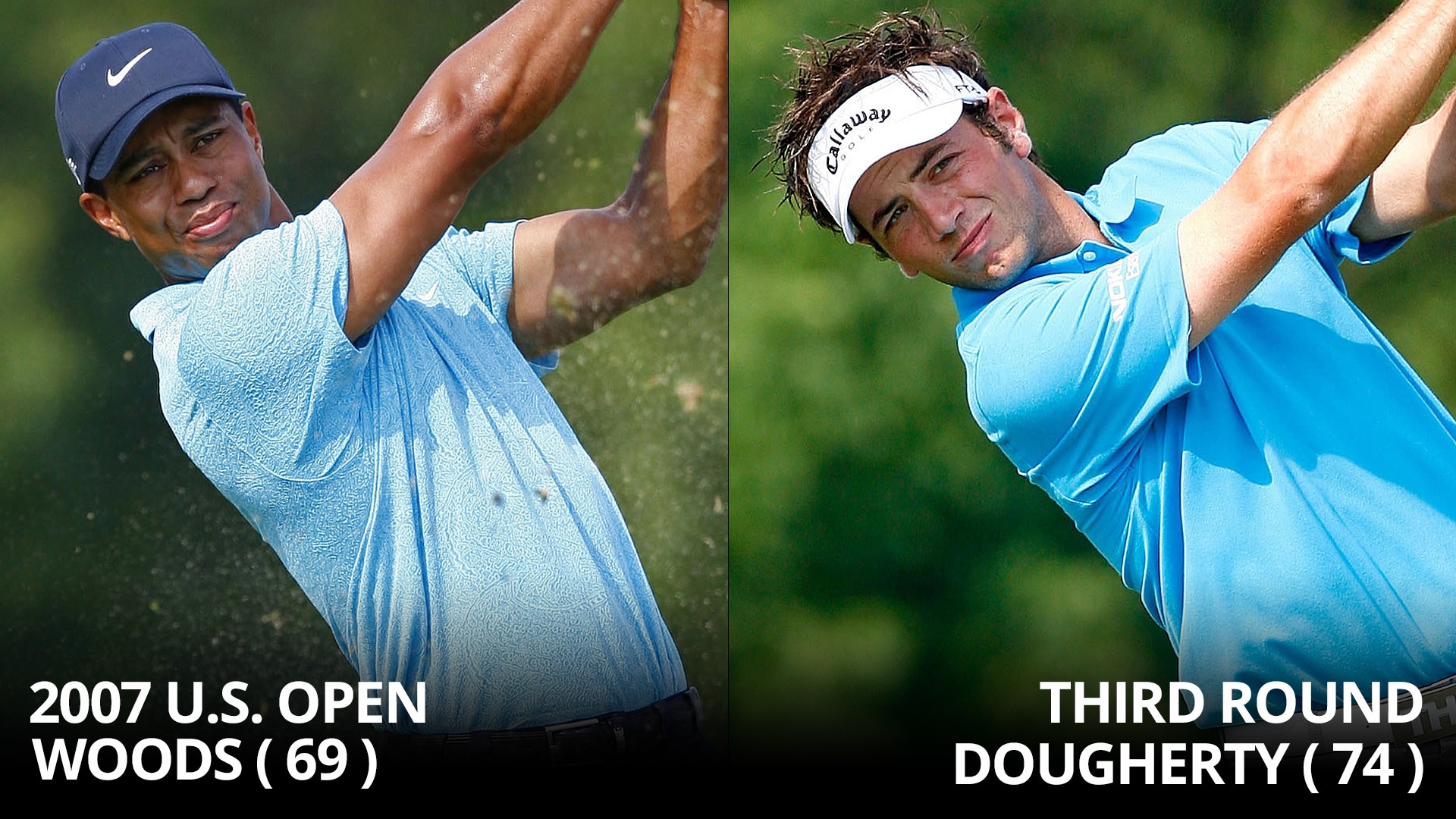 If the U.S. Open is the barroom brawl of major championship golf, the 2007 tournament at Oakmont was a cage match that still strikes fear into those who withstood so many blows.

For Nick Dougherty, though, it kindles the fondest memory of his career.

“When people ask me if I could relive one day of my career again, it wouldn’t be any of my wins it would be that round with Tiger,” said Dougherty. “I always looked up to him in my career, and I got to play with him when he was dominant.”

For four days, the scoring average was 5.705 strokes over par, more than a stroke higher than the next toughest U.S. Open test and two shots harder than Oakmont played for this year’s U.S. Open.

Yet Woods put up a 1-under 69, hitting 17 of 18 greens in regulation, missing only the 18th green where he made his only bogey. It was one of just two under-par rounds on Saturday and beat the field average that day (74.683) by more than 5 1/2 strokes.

It was Tiger at his best playing the game’s must unrelenting test.

“It’s still to this day the best round of golf I’ve ever watched,” Dougherty recalled. “He drove it so well. He was hitting this high cut with his driver that was just perfect. It was like I was watching a computer game.”

And it could have been even better had Woods’ putter cooperated. He needed 35 putts and had just a single one-putt.

“It just looked so bloody easy,” Dougherty said. “He never looked uncomfortable. He didn’t hit the smart shot, he hit the right shot. The golf course didn’t dictate which shot he hit, he did.”

Dougherty shot 74 and credited Woods for giving him confidence, even if it may have been of the false variety.

“He was playing a different game than me,” Dougherty said. “I was battling all the way around that course, like everyone was. It would be a complete injustice to shoot anything close to what Tiger shot. He tricked me into thinking the course wasn’t as hard as it was because he made it look so easy.”