One Time With Tiger: Omar Uresti 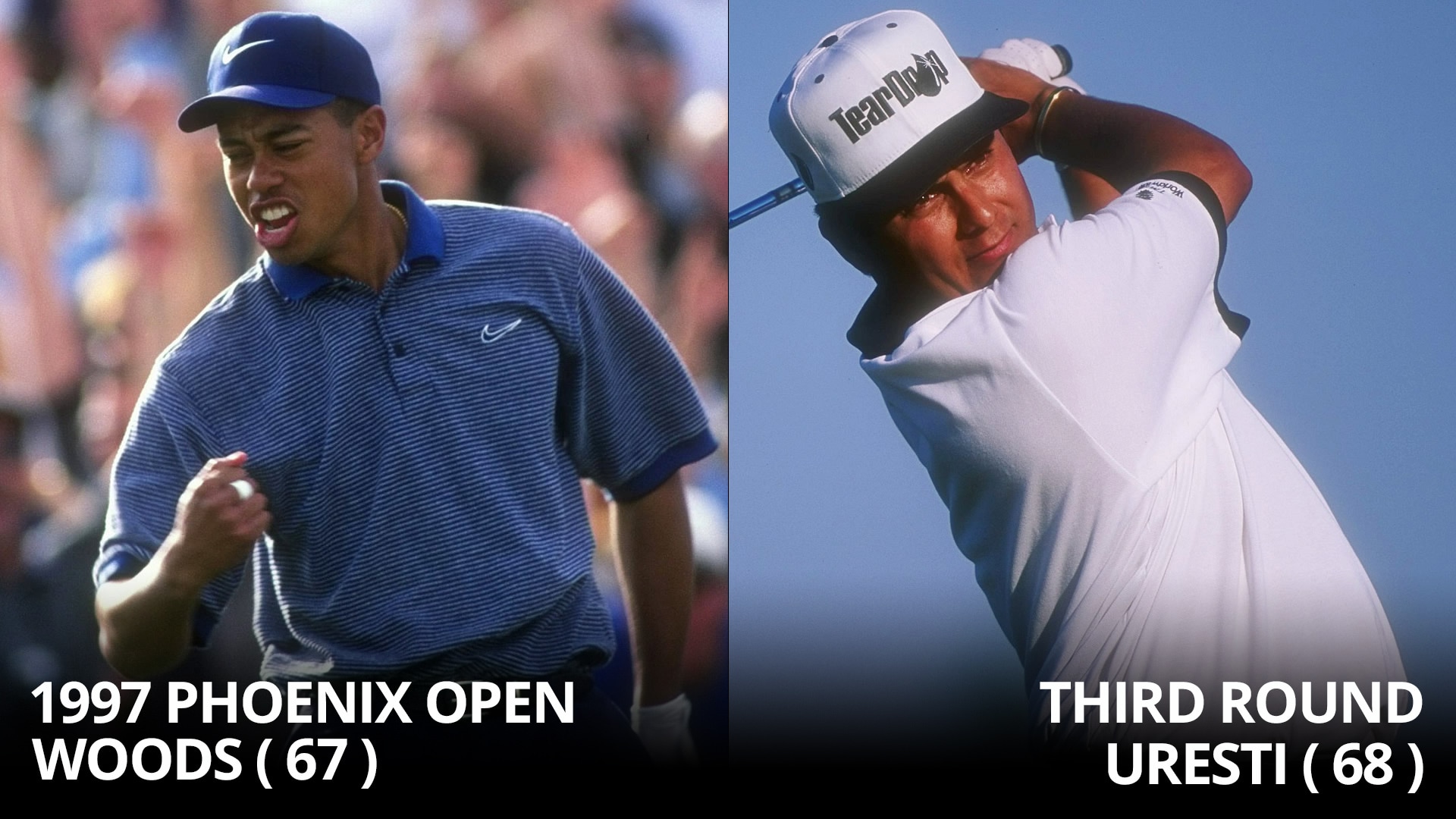 Omar Uresti was there when Tiger Woods turned the rowdiest hole in golf into the wildest hole-in-one celebration the game has ever seen.

“It was definitely the loudest roar on a golf course that I’ve been a part of,” said Uresti, 48. “They say it rattled the windows on the clubhouse a good 700 yards away.”

Uresti didn’t see Woods’ swing on the 16th hole at TPC Scottsdale on that January day in 1997. He didn’t see ANY of Woods’ full shots that day. His brother Rusty, who also served as his caddie, had advised him not to get caught up watching Woods swing.

“He said, 'Bro, you cannot watch him swing, because it will get you out of your rhythm, because he turns so hard and rapid through the ball. Subconsciously, you might start swinging harder.’

“So every time Tiger set up to a shot, I would turn my back to him, cross my arms and just listen.”

At the 16th tee, Uresti had already hit, stuffing an 8-iron 2½ feet from the hole.

“The crowd went nuts,” Uresti said. “The crowd was already in a tizzy before Tiger got up to hit.”

When Woods teed it up, Uresti took his position: back to Tiger, arms crossed, head down.

“I kind of thought to myself, 'Let's see you hit it closer than that,’” Uresti said. “So he hits it, I'm listening, and I start walking, but I look up in time to see the ball go bounce-bounce and in the hole. I just shook my head and thought to myself, 'Only Tiger.’”

Striding toward the green ahead of Woods, Uresti managed to avoid a shower of beer cups – some of them still full - thrown by fans onto the tee box. He turned back to see Woods making the “raise the roof” sign.

“Pumped the crowd up even more,” Uresti said.

Uresti was proud of the way he handled his only Tiger experience, the challenges that came playing with the massive galleries that followed Woods.

“I had to focus really hard just knowing I was playing with Tiger and how rowdy the fans could get there,” Uresti said. “Some of the fans weren’t actually golf fans. They were Tiger fans, so their etiquette wasn’t quite 100 percent.”

“Tiger birdied 18 and beat me by a shot,” Uresti said.