One Time With Tiger: Robert Garrigus 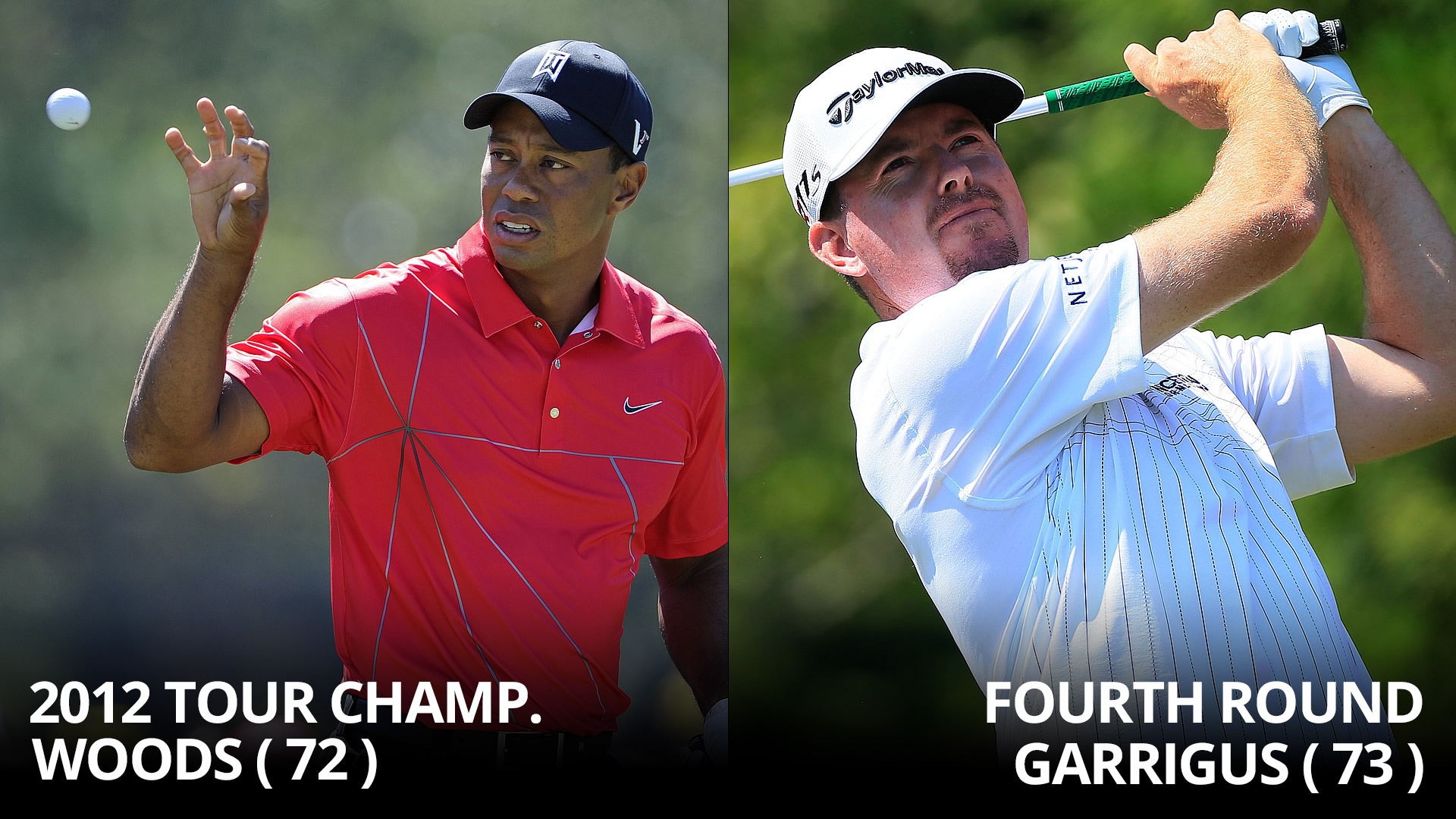 The weekend of the 2012 Tour Championship was unique for Robert Garrigus. He had his first and thus far only pairings with Rory McIlroy and Tiger Woods.

On Saturday, Garrigus was paired with McIlroy.

“Rory and I were having long-drive contests,” recalls Garrigus, 39. “That was fun.”

But it was the final round that makes the ’12 finale stand out from all of the other events Garrigus has played in his career, a 1:20 p.m. tee time with Woods. Both were four shots off the lead.

Garrigus joked with Woods that he would be playing the role of the invisible man as the enormous East Lake crowd anticipated a classic Tiger rally for his third victory at the season finale.

“Any time I made a birdie putt I’d give them the ‘I can’t hear you’ thing,” Garrigus laughed. “Who am I? Sorry, just the guy playing with Tiger today. A lot of them had no idea who I was, but at the end of the day they did because I was having fun with them.”

Like the vast majority of players paired with Woods for the first time, Garrigus also lapsed into the understandable role of fan with the best seat in the house.

“You do catch yourself watching him,” Garrigus said. “I idolized Tiger. I grew up in the era of him kicking everyone’s ass and not asking any questions.”

But both players struggled on that Sunday. On the first tee, “I remember being really nervous and looking at him and he looked more nervous than I was,” Garrigus said. “He just didn’t have the mindset that I thought he’d have that day.”

Maybe it just wasn’t Woods’ week. After opening with a 66 for a share of the Day 1 lead, he ballooned to a 73 on Friday and played his first six holes on Sunday in 4 over par.

Garrigus didn’t let that affect his day with Woods, though, their similar senses of humor creating a bond.

“Every time we’ve talked since then he’s been really nice to me, and I know he doesn’t talk to a lot of people out here, but I kind of struck up a small friendship,” Garrigus said. “I mean, you can’t really be friends with Tiger because he’s so guarded with everything that goes along with the enormity of his success.”

Garrigus and Woods were tied at 3 over for the day when they came to the par-3 18th hole.

That’s where Garrigus witnessed a flash of Woods’ greatness.

Garrigus lost by a stroke to Woods, but it didn’t dim the magic of the weekend.