One Time With Tiger: Scott Brown 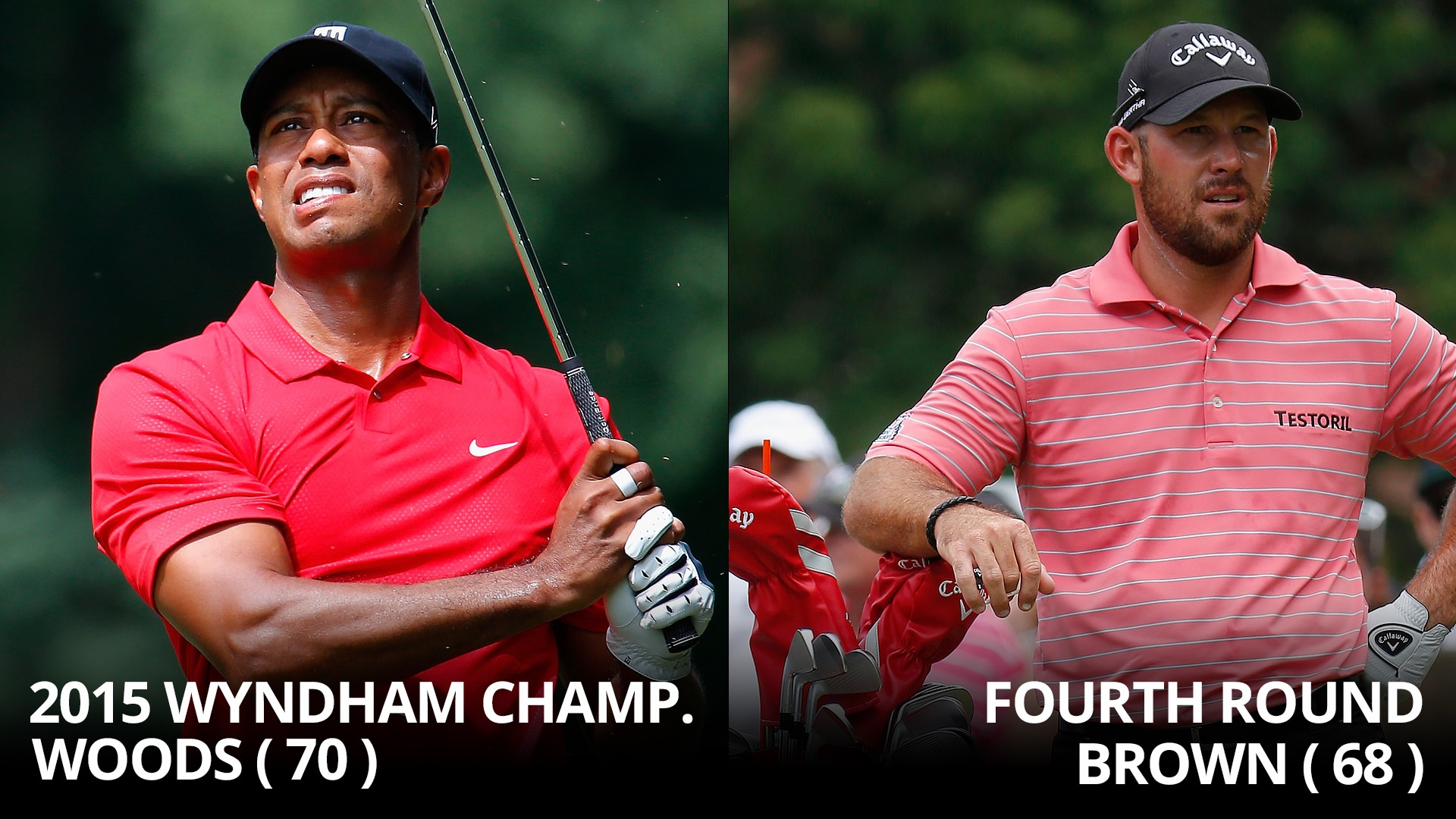 It’s difficult to upstage Tiger Woods in any pairing, let alone the penultimate group on Sunday. But with one deftly struck 8-iron, Scott Brown managed to do that at the 2015 Wyndham Championship.

Brown was 32 years old when he walked inside the ropes with Woods for the first time. A diminutive man with a syrupy Southern drawl, Brown is not naturally drawn to the limelight. But he was thrust onto center stage last year at Sedgefield Country Club, when his third-round 66 tied him for second place and set up a final-round pairing with a certain 14-time major champ.

“He was an idol of mine growing up, so I mean not only is he probably – well he is the greatest golfer to ever live, so to be able to play with him was pretty sweet,” Brown said. “Obviously being in contention in the golf tournament made it even better.”

Brown had won before on the PGA Tour, edging out an upstart kid named Jordan Spieth at the 2013 Puerto Rico Open, so he was familiar with the pressures of contending. But nothing prepared him for the scene he walked into that day.

All week the Greensboro, N.C., course had been seized by Tiger Mania as Woods not only surprised tournament organizers with his first-ever appearance but also played his way up the leaderboard.

Brown was nervous before the start of their final round, but “when I got to the first tee, I kind of had this sense of calm come over me,” he said. “It was so weird. I would say I was more excited, once we got out there going, than I was nervous.”

Brown’s excitement peaked at the par-3 third hole, where his 8-iron tee shot from 162 yards landed just short of the hole, took three small hops and spun left, hitting the pin and dropping for a hole-in-one. The throng of fans, nearly all of whom were there to watch Woods, instead erupted over Brown’s shot.

“We had, I don’t know, I’m just guessing we had 20,000 people following our group,” Brown said. “I mean it was 10-deep, wrapped around every hole. It was unbelievable.”

Even Woods got into the act, offering a high-five and playfully slapping Brown on the head with his glove.

That ace proved to be the difference on the scorecard, as Brown tied for third after shooting a 68 while Woods faded into a tie for 10th after an even-par 70.

Brown recalled that Woods spent much of the rest of the round asking for the free drink traditionally purchased by the player who makes an ace. Woods explained that it was the first time he had played alongside someone who made a hole-in-one in competition.

They went their separate ways after the round, and 15 months later they still haven’t had an opportunity to toast Brown’s shot.

Brown moved on, and he even pulled off a remarkable repeat at the Wyndham one year later. This time playing alongside Boo Weekley, Brown once again aced the third hole during the final round, using one club more than he had in 2015.

The sparse gallery lining the hole cheered enthusiastically, as did Weekley. But that scene didn’t compare to Brown’s memorable day alongside Woods.