One Time With Tiger: Zac Blair 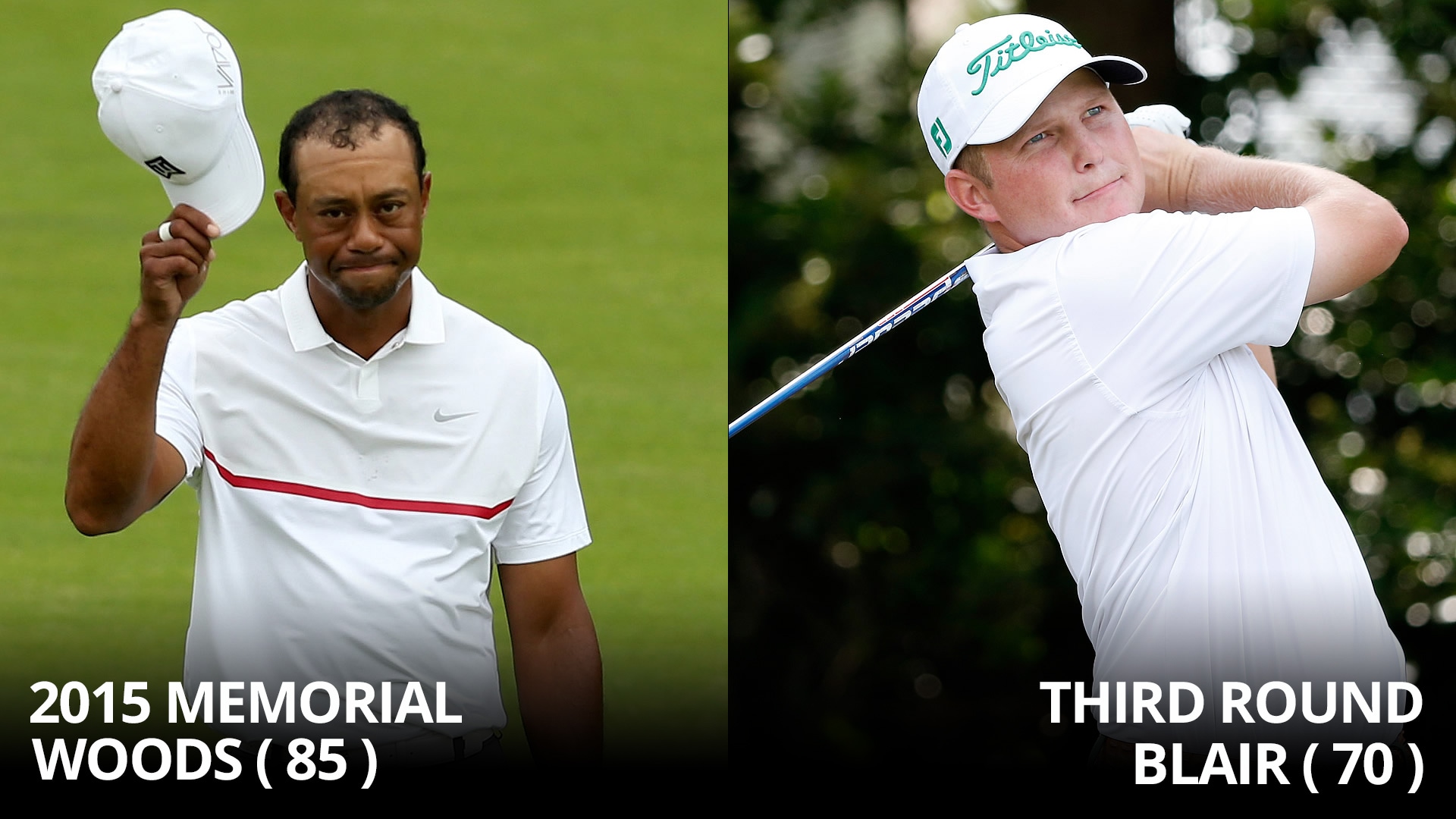 The first call Zac Blair made was to his dad.

Blair had just finished a second-round 68 at the 2015 Memorial Tournament, and he was sweating the cut line. A few minutes after completing his round, Blair quickly realized two things: he would be sticking around for the weekend, and he had a third-round tee time alongside Tiger Woods.

“I remember we were at lunch or something like that and we were looking through our phones,” Blair said. “We called my dad and I was like, ‘I’m playing with Tiger.’ And he was like, ‘Nah, no you’re not.’ And I said, ‘Yeah, I think so.’ And it ended up working out.”

It’s hard to think of two more disparate playing partners than the men that showed up for the 8:28 a.m. tee time on June 6, 2015 at Muirfield Village. Woods was in the midst of a difficult season, but still only three years removed from the most recent of his five Memorial victories.

Blair, on the other hand, was a baby-faced rookie who was more likely to get carded for an R-rated movie than asked for an autograph. At age 24, Blair had turned pro only one year prior and had made just 22 PGA Tour starts before he and Woods were drawn together.

Little did he know, Blair was about to have a front-row seat for a record-setting round that Woods would just as soon forget.

Like Blair, Woods made the cut on the number but he struggled with a two-way miss all morning Saturday. Consecutive double bogeys on Nos. 8 and 9 meant Woods made the turn in 6-over 42 – a jarring performance, especially on a course where he was once so dominant. Things didn’t get any better on the inward half, and after chunking a pair of pitch shots Woods closed with a quadruple bogey on the final hole.

It added up to a 13-over 85, the highest round of his professional career and a low point in an already underwhelming stretch.

Blair’s 2-under 70 barely registered as the golf world attempted to come to grips with Woods’ performance, but for Blair the experience of playing with the 14-time major champ still exceeded his expectations.

“After the round, I liked him even more,” Blair said. “He talked to me the whole day, he was a gentleman the whole time. He was having a pretty rough round and he could have thrown in the towel, but he stayed a true professional the whole day.”

Blair shared his perspective on social media after the round, tweeting a note of appreciation to Woods that he closed with #GOAT, for “Greatest of All Time.”

“I just wanted to let people know how awesome he was,” Blair said. “I wasn’t expecting a lot going in. I wasn’t expecting a ton of interaction, as a rookie out there and then the best player to ever play. But he was great. He was just another guy out there, playing golf. It was cool.”

And while Woods likely hasn’t dwelled much on the series of wayward shots he produced that day, Blair has vivid memories of a few that found their target.

“He still hit some shots where you were like, ‘Wow, that’s why he’s the best player to ever play,’” Biair said. “I still remember he hit this shot on No. 15, high 3-iron that I mean, only a few people can hit that shot. Like the sound and everything. He knocked it up there to like 20 feet or something and I’m just thinking, ‘OK, he’s still got it. He’s still the man.’”

Blair first met Woods at the 2000 PGA Championship when he was 9 years old and his father, James, a well-known Utah club pro, was in the field. Blair recalled asking Woods for an autograph, and he went on to win the tournament a few days later.

Fifteen years later, James was the first person Blair wanted to call with the news the two were paired together, and it remains an experience he will cherish despite Woods’ aberrant performance.

“It’s definitely the coolest round I’ve ever played,” Blair said. “It was awesome. He was my idol growing up, and my favorite golfer ever, and to get to play with him – I hope I get another chance, for sure.”