Oosterhuis announces he has Alzheimer's disease 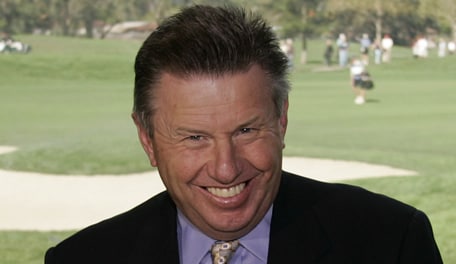 Oosterhuis, with the help of his wife, Roothie, first made the announcement in May at a fundraiser for Jim Nantz's National Alzheimer's Center. The video of the announcement was made public via YouTube on Monday and accompanied by a profile in GolfWorld.

Oosterhuis, 67, announced his retirement from broadcasting in January, saying: "I feel it is the right time to step away to focus on things in life that I have always wanted to do."

Per GolfWorld, he was diagnosed last July and later informed his colleagues at CBS, with his contract set to expire in November 2014, of his condition.

Oosterhuis won seven times on the European Tour in the 1970s and once on the PGA Tour at the 1981 Canadian Open. A winner of four consecutive European Tour Order of Merit titles from 1971-74, Oosterhuis twice finished runnner-up at the Open Championship, in 1974 and '82. The Englishman was member of six Ryder Cup teams from 1971-81, compiling a 14-11-3 record. 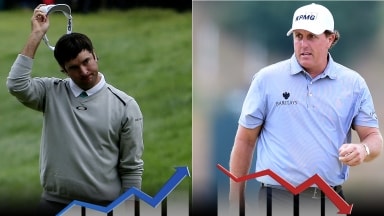 Bubba Watson's stock rises after getting closer to a career goal, while Phil Mickelson's takes a hit after an illegal gambling link. 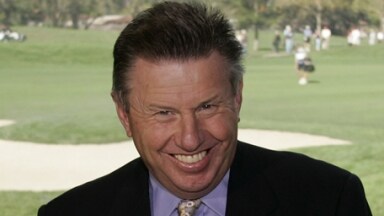 Oosterhuis retires after 20 years in broadcasting

Peter Oosterhuis has announced his retirement after a 20-year career in the broadcast booth that followed a successful stint as a player.