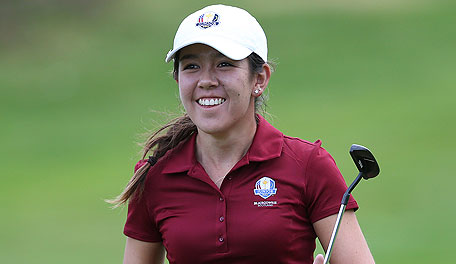 Twelve U.S. players have been invited to participate in a practice session in advance of the 2016 Curtis Cup.

The session will be held Dec. 18-19 at San Diego Country Club in Chula Vista, Calif.

The 2016 match is scheduled for June 10-12 at Dun Laoghaire Golf Club in Ireland. The U.S. team, which will be captained by Robin Burke, leads the overall series, 28-7-3.

All 12 players – none of whom were on the victorious 2014 squad – are ranked inside the top 45 in the world, including No. 2 Hannah O’Sullivan.

The GB&I team will be captained by Elaine Farquharson-Black.

Great Britain and Ireland defeated the United States, 11.5 to 8.5, to win the biennial Curtis Cup.