Overton on road to recovery after spine infection

Jeff Overton hasn't been seen much inside the ropes on the PGA Tour in the last year, and now we know why.

Overton turned 34 Sunday and his wife, Christina, took to Twitter to explain in part her husband's absence from the PGA Tour and some of the health complications the two have been battling in recent months:

Sharing with all of you how grateful I am for @JeffOvertonPGA and why today is so special for me. Happy Birthday! pic.twitter.com/V5SVwqXHKG

"After taking several months off of competitive golf due to a herniated disc, Jeff underwent a minimally invasive procedure in hopes of improving the area," Christina wrote. "Through the procedure, he acquired a life-threatening infection in his spine, forcing him to have an emergency surgery."

Overton has played only twice since withdrawing from the RBC Canadian Open in July. He tied for 21st at the Bahamas Great Abaco Classic on the Web.com Tour in January, then missed the cut at the Honda Classic. According to Christina, the couple is "finally seeing the light at the end of the tunnel" as Overton continues to recover.

While he has not won on the PGA Tour, Overton has accrued more than $12.7 million in career earnings and represented the U.S. at the 2010 Ryder Cup. Last season was the first since 2007 in which Overton failed to advance to at least the first stage of the FedExCup Playoffs. 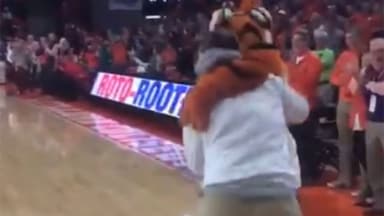 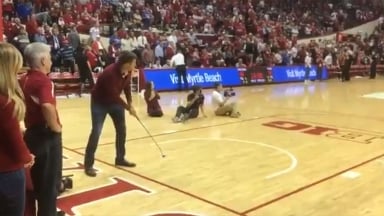 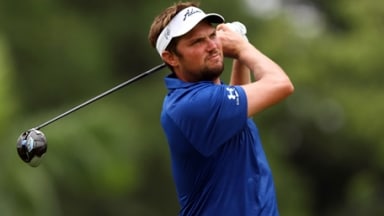 Jeff Overton's 5-under 65 in the Sony Open on Friday easily could have been a 64. Overton lipped out his tee shot on the 176-yard seventh hole.