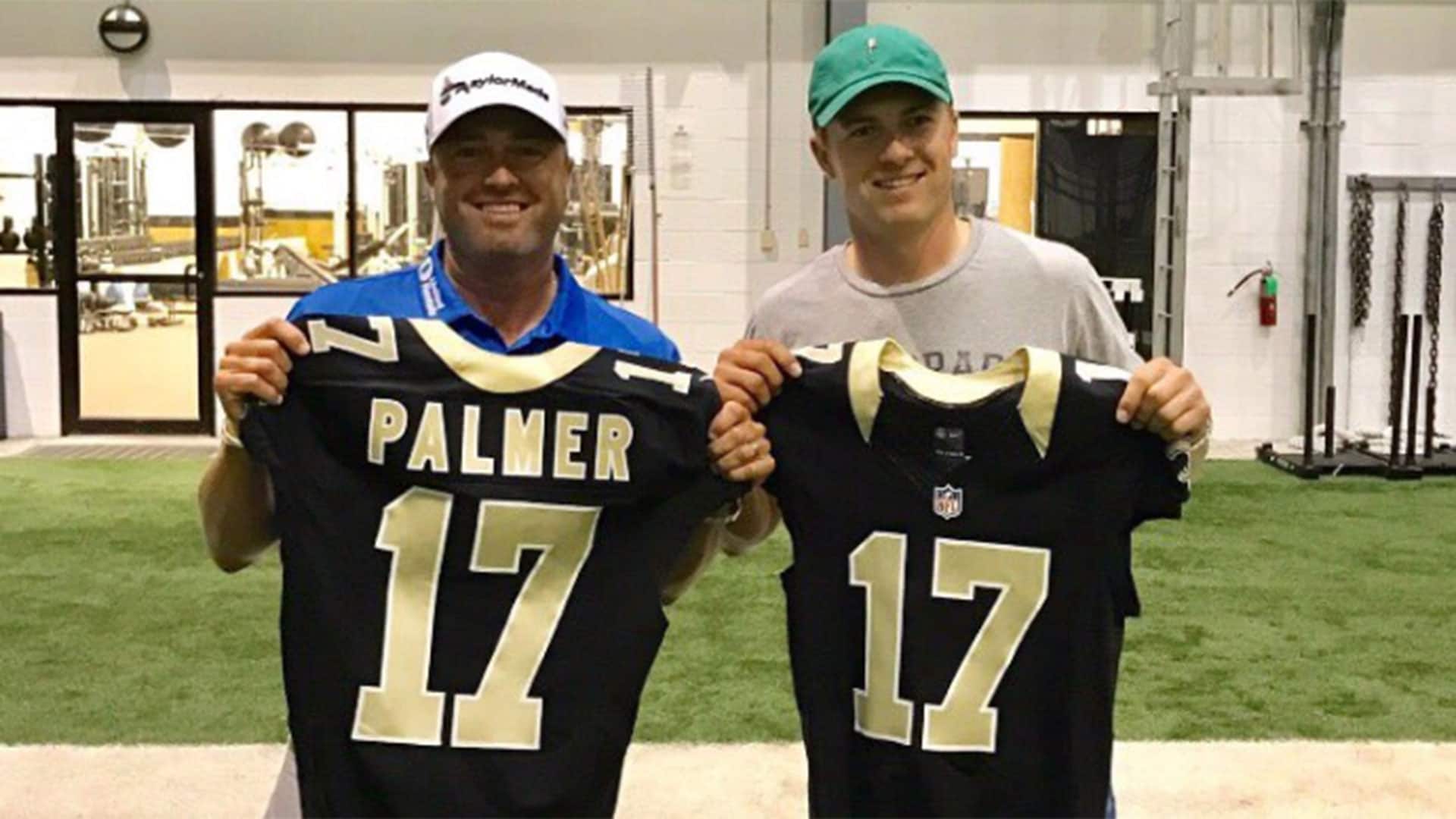 AVONDALE, La. – NFL fans might have wondered why the New Orleans Saints ended up with cornerback Marshon Lattimore in the first round of the Draft.

Leave it to Ryan Palmer to shed some insight.

Palmer and Jordan Spieth, teammates at this week’s Zurich Classic, were invited into the Saints’ war room to watch the process behind the 11th overall selection.

“When they had their time to pick, it was one of the longest five minutes I’ve ever experienced,” Palmer said Friday. “The phone calls coming in, the deals trying to be made, listening to Coach [Sean] Payton talk to his scouts and what they really wanted to do.

“I think that K.C. really threw a kink in their plan.”

That would be Kansas City, which traded up to select dual-threat quarterback Patrick Mahomes, a player the Saints had targeted as a potential successor to Drew Brees.

“I’ve always wondered how it worked, and it’s funny, if you’re seen the movie ‘Draft Day,’ it’s pretty close to that,” Palmer said. “I think they were really big into Mahomes, but when they got Lattimore, you could see the excitement in all the scouts’ eyes, Coach Payton’s eyes. It was pretty cool for us.”