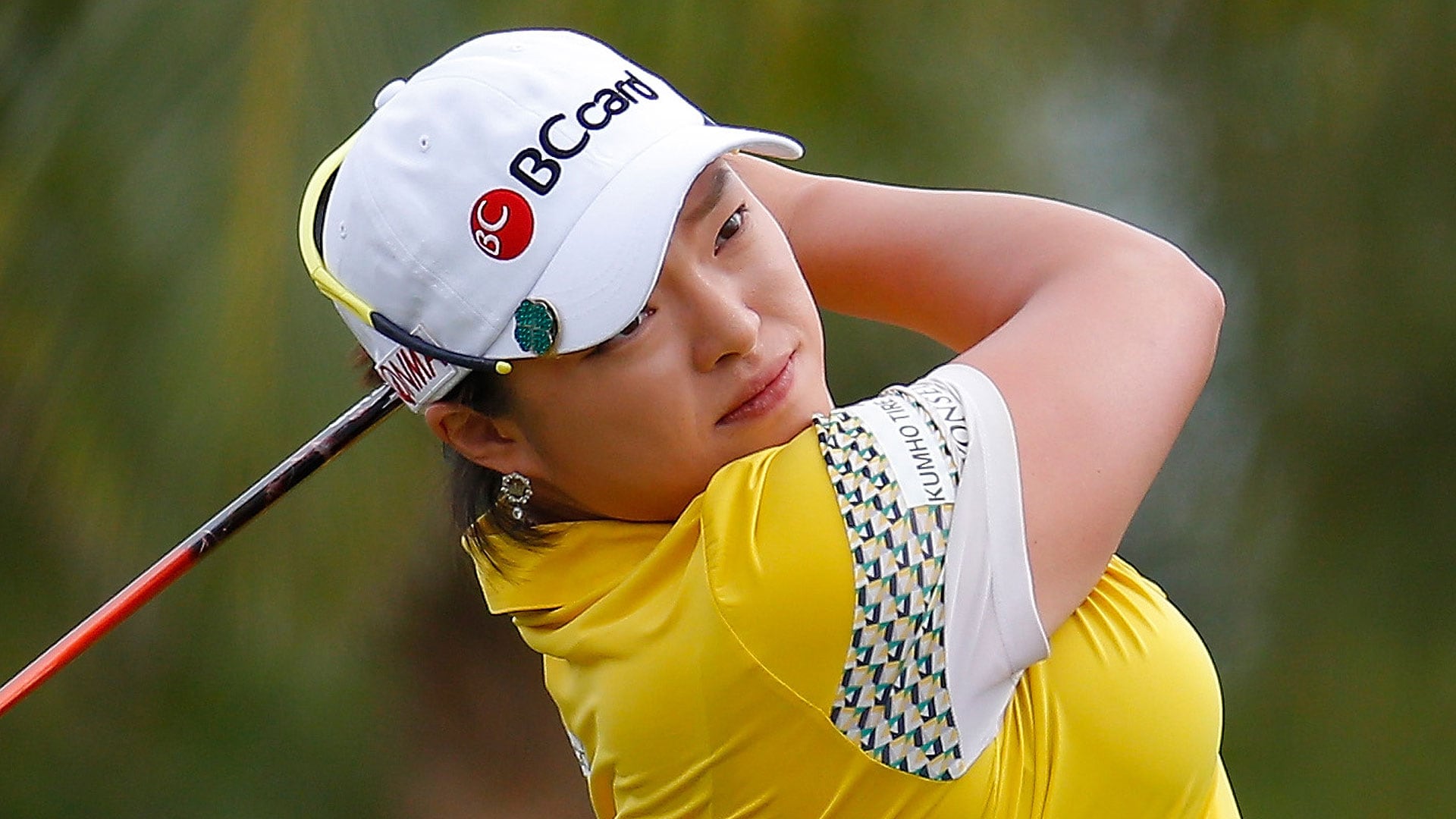 After making history last week at the Pure Silk Bahamas Classic, Jang is looking to improve her history this week at the Coates Golf Championship. She’s looking to finish one spot better than her runner-up finish last year, and she’s off to a good start.

A week after becoming the first LPGA pro to make a hole-in-one at a par 4, Jang took the first-round lead Wednesday at Coates, opening with a 7-under-par 65.

“I felt very comfortable today, because last year I had a second place, so I really have more confidence on this golf course,” Jang said.

About those dogs of hers, Jang has a Pomeranian named Birdie and a Border Collie named Eagle. After she made the hole-in-one at a 218-yard par 4 at Pure Silk last week, Jang told her mother she needed a third dog to name Albatross. So, her mother bought her another Pomeranian.