Park battling back spasms in quest for Grand Slam 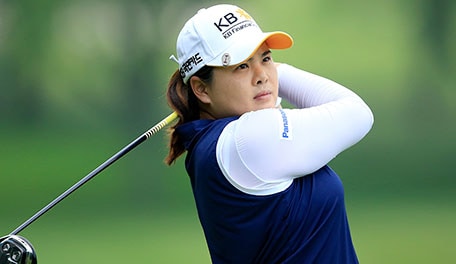 TURNBERRY, Scotland – Inbee Park’s quest to claim a career Grand Slam might be a literal pain in the back for her at the Ricoh Women’s British Open this week.

Park, who has battled back pain off and on this season, has been struggling with back spasms since her arrival at Trump Turnberry.

“I think it’s because of the long flight,” Park said.

Park pulled out of Tuesday’s pro-am. She said she felt back pain bending over.

“I really didn't want to irritate it,” Park said. “Playing 18 holes yesterday in the cold weather was only going to make it worse. I tried to stretch out and relax and work with my physio. It's gotten a lot better today.”

Park played 18 holes in a practice round on Wednesday. She travels with her own physiotherapist.

As far as Park’s Grand Slam quest, the LPGA’s going to a fifth major championship complicates what is considered a Grand Slam.

Does a player have to win four of the LPGA’s five majors to claim a Grand Slam or all five? Park’s quest is doubly complicated because she has won the ANA Inspiration, the KPMG Women’s PGA Championship and the U.S. Women’s Open. She hasn’t won the Women’s British, but she has won the Evian Championship, before it was a major.