Park finally comfortable with No. 1 ranking 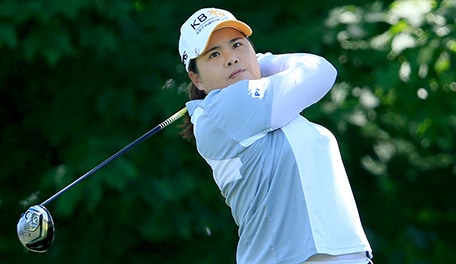 Inbee Park feels like the third time’s a charm at No. 1.

Park will tee it up in Friday’s start of the Walmart NW Arkansas Championship back atop the Rolex World Rankings, her third ascension there.

“The first time, I felt just a bit weird,” Park said. “It didn’t feel like my place. Second time, it felt a little more comfortable, but I felt like my game wasn't quite ready yet. But now, the third time, it feels like I'm really ready for this spot and my game is getting better and better every day. I feel like I am playing like a No. 1.”

Park regained the No. 1 ranking from Lydia Ko by winning the KPMG Women’s PGA Championship two weeks ago, Park’s sixth major championship victory. Park first moved to No. 1 on April 15 of 2013 and held the top spot for 59 weeks. Last fall she took the No. 1 ranking for a second time and held it for 14 weeks.

“Usually, I forget things really quickly, but this win actually lasted quite longer than what I thought,” Park said. “I couldn't stop smiling. It's because I had my family [with me] on my off week and everybody was just kind of enjoying it together. Yeah, just really happy off week last week.”