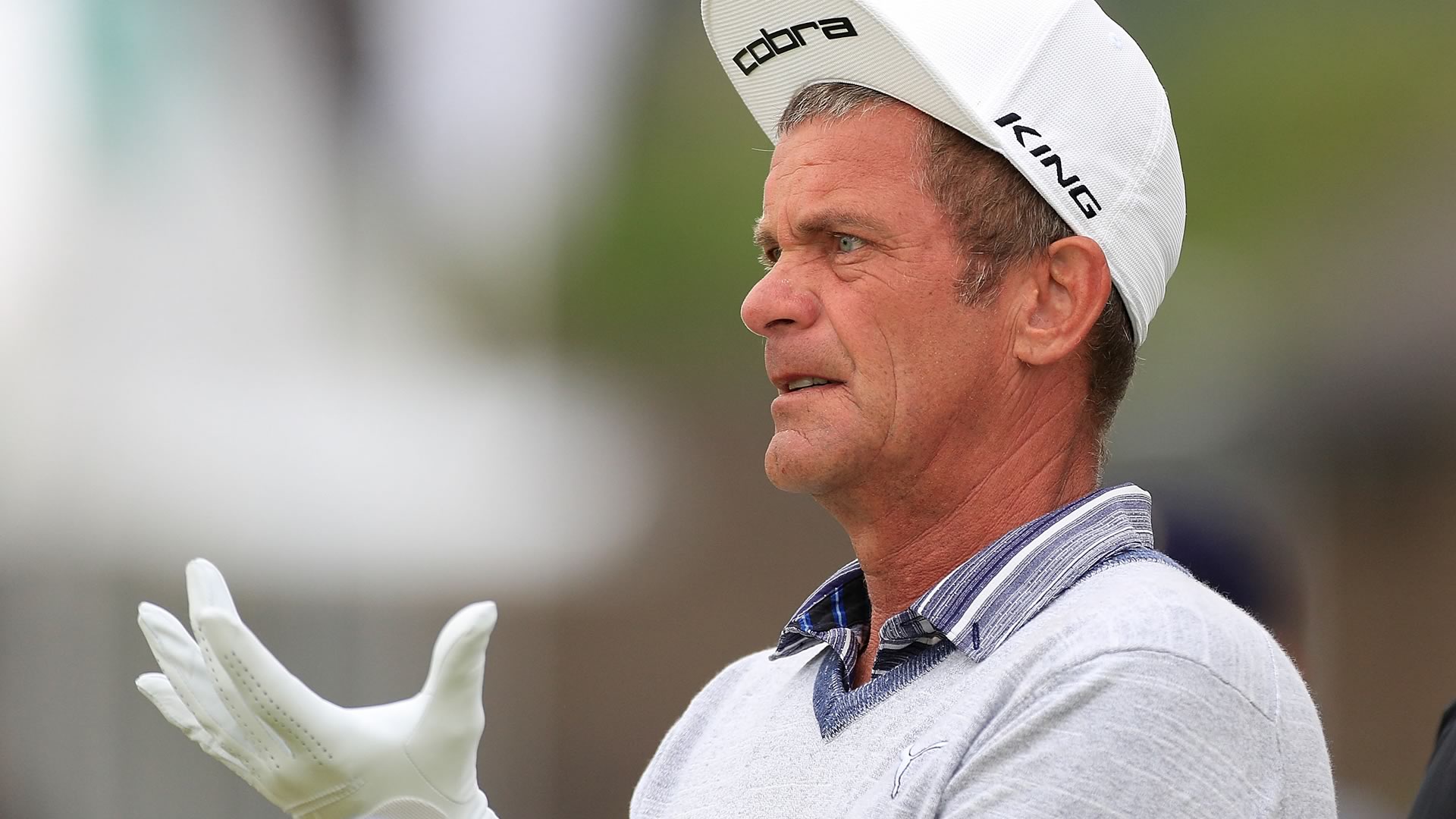 One week after Henrik Stenson won The Open, fellow Swede Jesper Parnevik is trying to capture the 50-and-over version.

Parnevik shot 4-under 68 Friday at Carnoustie and is one back of leader Kohki Idoki at The Senior Open.

Parnevik praised Stenson for becoming the first Swedish man to win a major title on the regular circuit. The triumph has inspired him this week, a few hours from Royal Troon.

"That was incredible. Not just to win, but just the way he did win," Parnevik said.

"It was big for Swedish golf. We've been waiting for this for a long time."

Putting has been key to Parnevik’s success. He said that he got advice from Greg Kraft at The Senior Players and though he doesn’t yet feel comfortable with the changes, it has contributed to five birdies and one eagle through two rounds, compared to only one bogey.

“[Kraft] told me to take a really long backstroke and kind of shut the putter blade at impact, and have my hands really loose. I’ve always squeezed the hell out of my grip,” Parnevik said.

“It feels so scary. … long and smooth is the scariest thought. You know golf. I just hope that's going to last for a while.”

Parnevik twice finished runner-up in The Open (1994, ’97) and earned his maiden PGA Tour Champions victory this year at the Insperity Invitational. He is not only trying to join Stenson as a major champ, but also become the third consecutive Swede to win on Scottish soil as Alexander Noren won the Scottish Open two weeks ago.