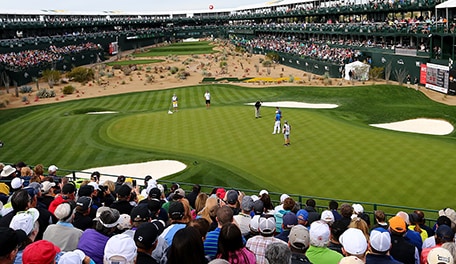 The Waste Management Phoenix Open will now have the rowdiest holes – plural – in golf.

Tournament officials are planning to position new luxury suites and boxes around the par-4 17th hole at TPC Scottsdale, according to a report Wednesday by the Phoenix Business Journal.

Organizers will replace some of the corporate village tents with a Bay Club featuring suites and boxes, which have already sold out for between $55,000 and $110,000, according to the report.

The par-3 16th is already the most raucous hole on the PGA Tour schedule. Organizers are also planning to add 20 new upper-level boxes near the green, bringing the total on that hole to 250 skyboxes.

The Phoenix Open, won by Brooks Koepka, drew more than 564,000 fans this past year. Tiger Woods played the event for the first time since 2001, and the Super Bowl was also in town.