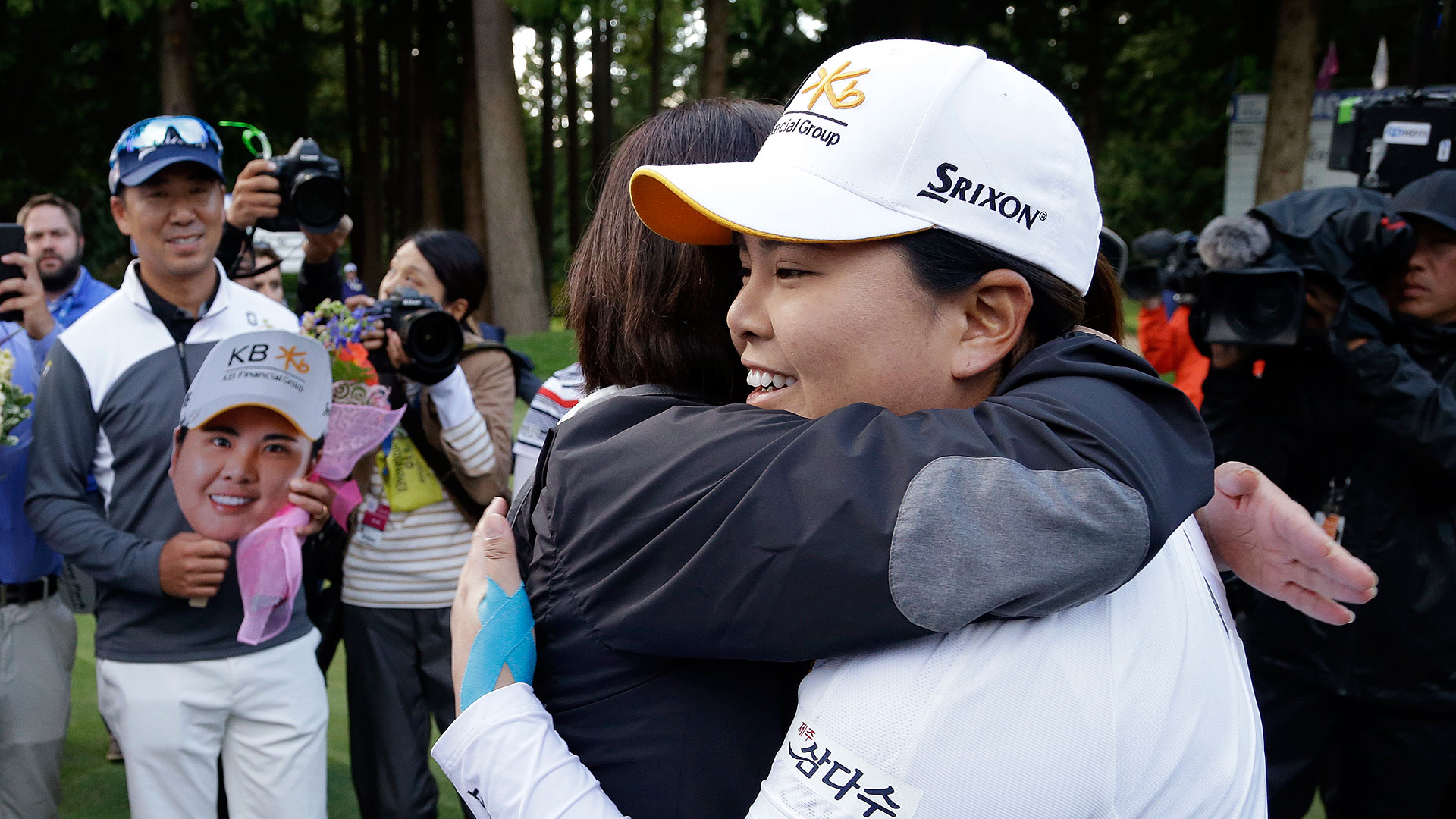 Inbee Park qualified for the LPGA Hall of Fame on Thursday, when she finished her first round at the KPMG Women's PGA Championship. Her peers offered their congratulations via social media:

The biggest congratulations to @InbeePark unni for becoming a LPGA Hall of Famer! Thank you for being a great role model for us! #InbeeHOF

Congratulations to @InbeePark on being inducted into the LPGA HOF today I am so proud of you #InbeeHOF pic.twitter.com/TWCEBQEHfQ

Congrats Inbee on being inducted into the HOF today!!!! I have been playing golf with you since we were 14 and I must say you have made me better! You should be so proud of yourself! #firstselfie

Congrats to Inbee Park on being in the hall of fame! Such an amazing player and person, well deserved success! #halloffamer

.@InbeePark with loved ones here to see her qualify for the Hall of Fame: pic.twitter.com/WfpQgPqWDF

Congratulations to @InbeePark on making it to the Hall of fame! A great ambassador for the game of golf! #InbeeHOF @LPGA