Pettersen: Failed to capitalize on ball-striking 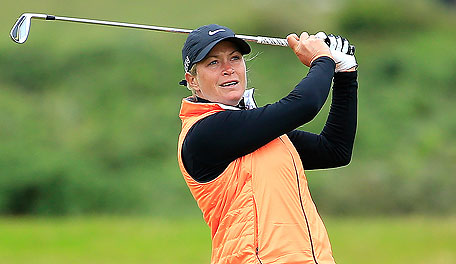 TURNBERRY, Scotland – Suzann Pettersen left the Ricoh Women’s British Open on Sunday kicking herself for not taking advantage of a weekend opportunity to claim her third major championship.

A shot behind Jin-Young Ko at day’s start, Pettersen moved into a tie for the lead with a birdie at the third hole, but she couldn’t keep pace with the hard closing Inbee Park, who claimed the seventh major of her career, her second this year.

With an even-par 72, Pettersen finished fifth, five shots behind. She shot 34 on the front nine and 38 on the back. Pettersen hit 13 greens in regulation, but she took 32 putts, her high total for the week.

“I had a fantastic week,” Pettersen said of her ball-striking. “I don't think I could ask for feeling any better. Obviously, I could have had a few more putts drop.  I feel like the last two days, I haven't quite capitalized on how good I've been playing.”