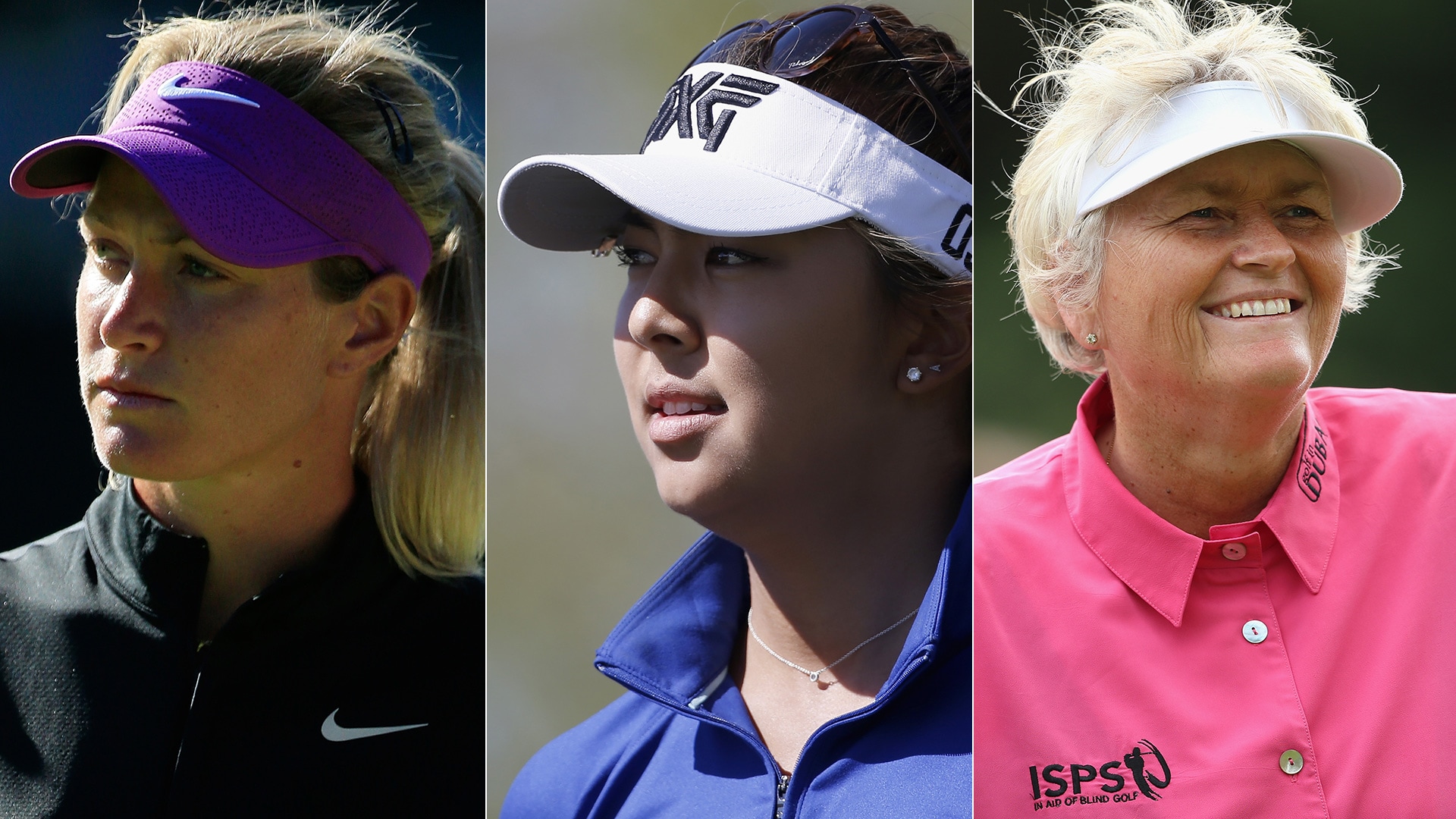 Suzanne Pettersen, Alison Lee and Laura Davies will be grouped together in the first two rounds.

This week’s championship at Woburn Golf Club marks the first time LPGA pros have teed it up in Europe since the Solheim Cup erupted in controversy over what some may forever remember as the phantom concession.

Here are three groups to watch in the first two rounds (all times ET):

Pettersen, Lee and Davies – 1:52 a.m., Thursday; 6:37 a.m., Friday
Pettersen and Lee have played together since they were at the center of the Solheim Cup controversy, where Lee picked up her ball thinking the Europeans conceded her short putt, a mistake that set off a furor in golf when Pettersen called Lee on it and a debate over sportsmanship ensued. It wouldn’t have been a big deal to see them together again here, but tossing Davies into the mix appears intentionally provocative. As a Sky Sports TV analyst calling the action last fall, Davies blasted Pettersen for the non-concession, saying it “disgusted” her.

Lydia Ko, Charley Hull and Linda Wessberg – 6:59 a.m., Thursday; 2:14 a.m., Friday
Ko, the Rolex world No. 1, teams with Hull to guarantee this grouping gets the largest galleries in the first two rounds. Hull joined Ian Poulter as a touring pro at Woburn on her 18th birthday and has played the course since she was a girl. She’s one of 10 English players in the field this week.

Brooke Henderson, Anna Nordqvist and Azahara Munoz – 2:14 a.m., Thursday; 6:59 a.m. Friday
Henderson loves tree-lined courses, and she gets that instead of a traditional links at this year’s Women’s British Open, with Woburn a parkland course. Nordqvist will be looking to bounce back from the disappointment of her U.S. Women’s Open playoff loss last month. Munoz is the fifth highest ranked European woman in the world.