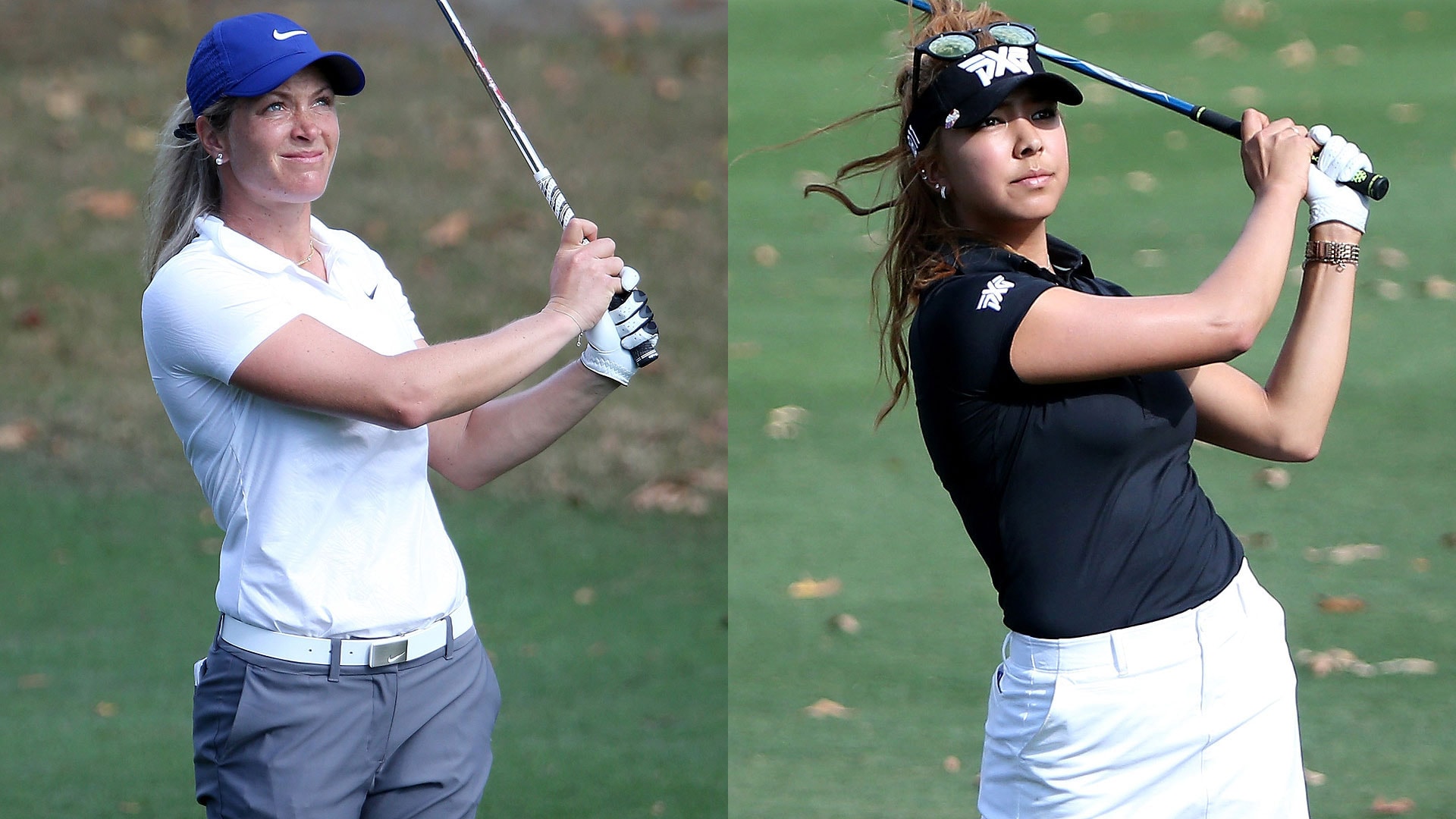 OCALA, Fla. – Blood was spilled in Wednesday’s pairing of Suzann Pettersen and Alison Lee at the Coates Golf Championship, but it’s not what you think.

About 10 minutes before their highly anticipated tee time, Lee’s nose suddenly began bleeding as she hit putts on the practice green. Lee couldn’t get it to stop at first, pressing gauze to her nose behind the first-tee grandstand as Pettersen and Stacy Lewis prepared to hit their first shots. Lee finally got it stopped just before the trio was introduced.

“We didn’t know if we were going to be a man down,” Pettersen said.

If you’re wondering how the pairing went, the first time Pettersen and Lee have played together since they were both embroiled in the Solheim Cup controversy last fall, it went just fine.

“I felt very comfortable out there,” Pettersen said afterward. “Enjoyed the company. ... We are all pretty good friends. What happened back five months ago, I can barely remember.”

What did Pettersen think when she first saw the pairing?

“I think you guys are the ones thinking about it,” Pettersen said. “First of all, we’ve played a hundred rounds since what happened. I think we all squared up pretty good and moved on. I think it’s taking too much attention away from the golf. So, it’s time to move on.”

There was almost no interaction early in the round, with Pettersen, Lee and Lewis mostly going about their business in tight-lipped fashion, but Pettersen and Lee did chat walking down the fairway with Golf Channel cameras in tow on the back nine. Before the round, Pettersen saw Lee struggling to stop her nosebleed behind the first tee box and stopped to check on her.

Lee fought a nosebleed in the middle of her final round at the Kingsmill Championship last year. She also had one in the middle of a semifinal match at the U.S. Women’s Amateur in 2013, causing play to be halted for 15 minutes.

Though Lee turned pro last year, she’s still enrolled as a senior at UCLA. She has mid-term exams this week. Sung, Lee’s mother, told Golf Channel that Alison had a paper due on Tuesday and has another due on Thursday.

“I think it’s all the stress,” Sung said.