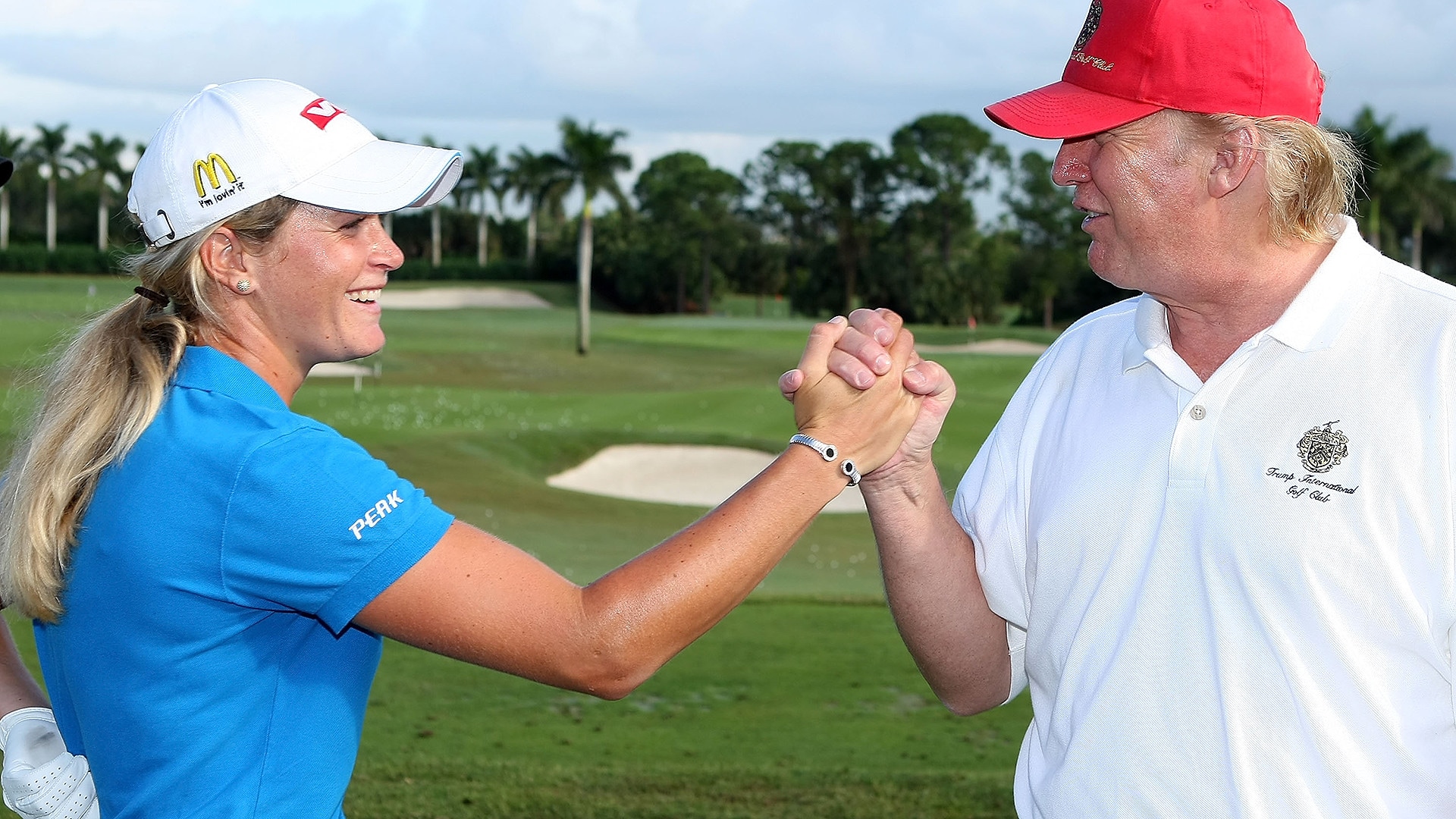 Donald Trump has played with several prominent professional golfers since becoming President of the United States, and all have been complimentary of his game.

But leave it to Suzann Pettersen to offer a more frank take.

“He cheats like hell,” Pettersen is quoted as saying in Norwegian newspaper Verdens Gang. “So I don’t know how he is in business. They say if you cheat at golf, you cheat at business.

"I’m pretty sure he pays his caddie well, since no matter how far into the woods he hits the ball, it’s in the middle of the fairway when we get there."

Pettersen on Tuesday afternoon sent a tweet calling the article "#fakenews" and took to Facebook to offer her sentiments.

Pettersen has known the president for more than a decade – "I don’t know anyone who digs himself more than he does," she said, according to the paper – and she told the outlet that the two have kept in touch since Trump’s election. But while they are friendly, Pettersen was clear that she doesn’t always agree with his politics.

"I'm not a supporter of what he says or stands for," she said. "I thought it was very strange during the presidential campaign that he wasn't smarter about how he communicated." Pettersen was one of several pros to send a social media congratulations to Trump following his election. She said that he appears to be the same person now as he was when they were regular playing partners: “He has not changed five millimeters since becoming president.”

But as for that purported 3 handicap?

"He always says he is the world's best putter. But in all the times I've played him, he's never come close to breaking 80," she is quoted as saying.

"But what's strange is that every time I talk to him he says he just golfed a 69, or that he set a new course record or won a club championship some place. I just laugh." 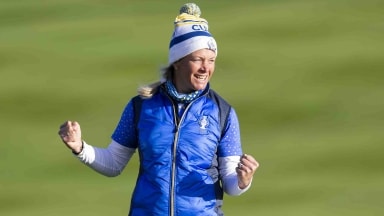 Suzann Pettersen ended her professional career at the Solheim Cup and now she's ready to lead the European squad on home soil. 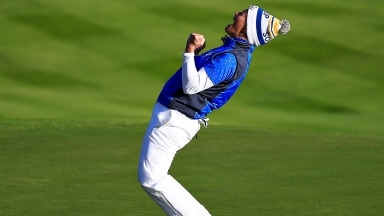