Pettersen's goal for Sunday at ANA: 'To get wet' 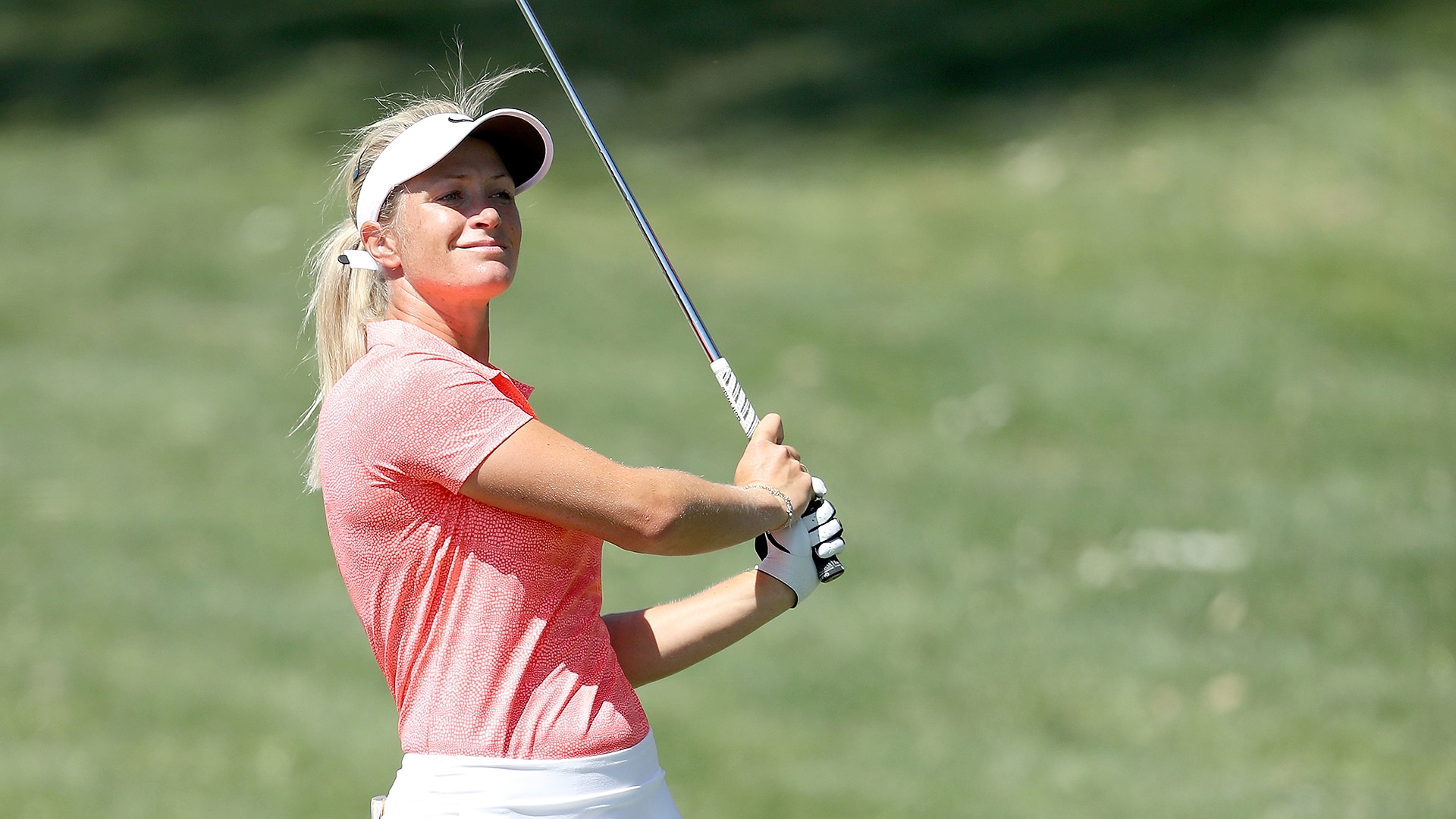 RANCHO MIRAGE, Calif. – Suzann Pettersen was asked point blank what her expectations are going into Sunday’s final round of the ANA Inspiration.

Pettersen has been dreaming of making the leap into Poppie’s Pond for a long time, and nobody has been closer without actually making the plunge.

Pettersen, 35, has done just about everything but win at Mission Hills’ Dinah Shore Course. She has three second-place finishes among her seven top-10 finishes there.

“I've always said, since the first time I saw this place, that it really fits my eye,” Pettersen said. “I'm driving the ball well, and that's a major key on this golf course. If you do that, you can kind of attack it. So far, so good.”

With a 4-under-par 68 Saturday, Pettersen moved within two shots of the leader, Lexi Thompson. They’ll go off together in the final pairing.

Pettersen is making her bid to win a third major championship with a new coach. She left Butch Harmon and went to work in the offseason with Jorge Parada, who also works with Anna Nordqvist and Carlota Ciganda.

Pettersen said the switch was all about logistics.

“Butch is a very, very dear friend, but with him being busy with the PGA Tour and his TV work, it makes it tough,” Pettersen said. “It was hard for me to come out and see him as much as I wanted. I thought I was good enough to take more responsibility and be my own best coach, but this game is complicated.

“I thought Jorge could be a good asset to my team, and I’m very happy.”

Parada is at this week’s event and met with Pettersen after Saturday’s round.

“Sometimes, you feel like feedback at the tournament, while you are playing, is quite important,” she said.