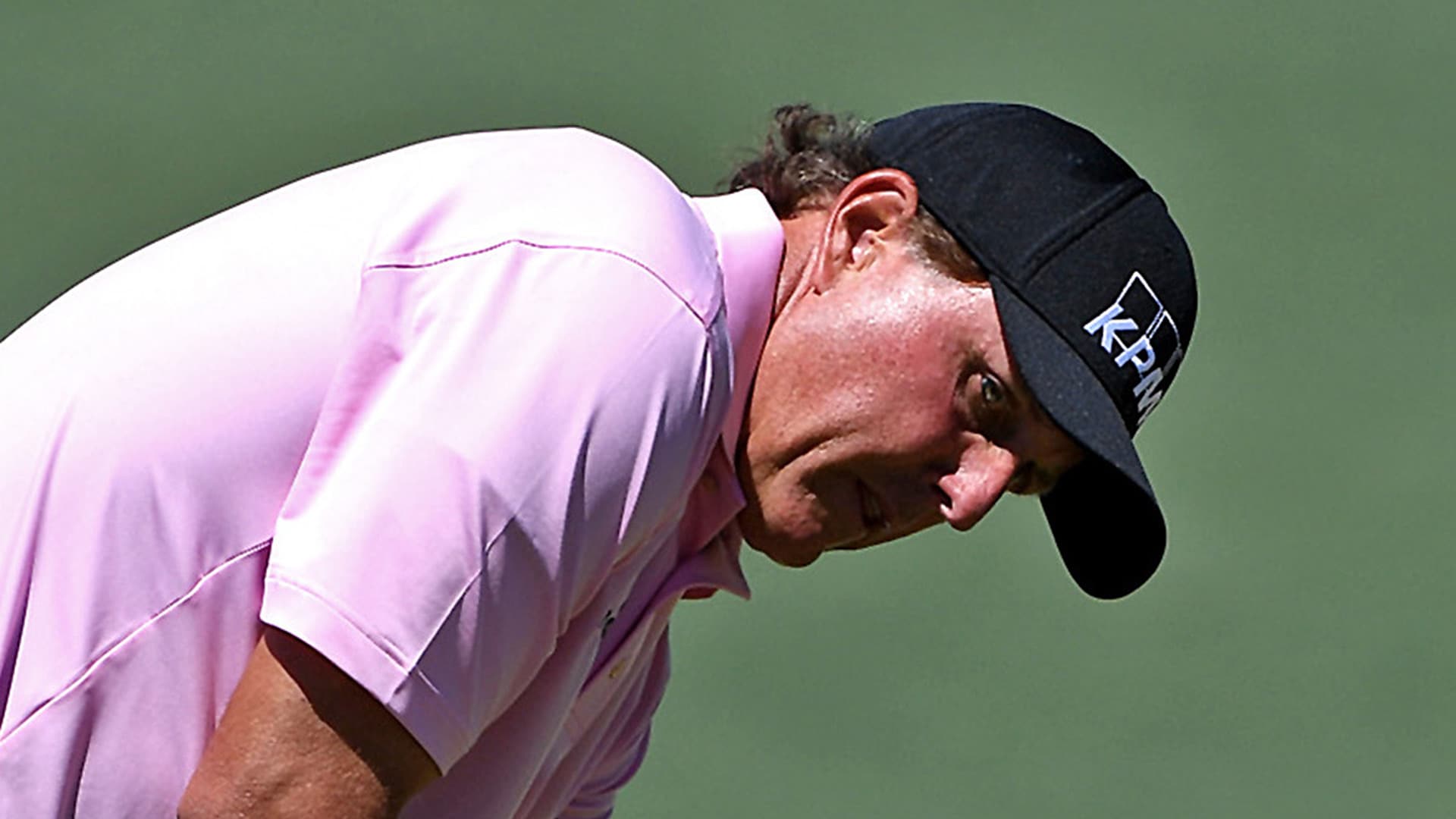 AUGUSTA, Ga. – Phil Mickelson never truly had a chance to contend Sunday at the Masters, but after an eagle on the second hole, the three-time Masters champ had a little pep in his step.

That pep turned sour moments later after he double bogeyed the par-4 third hole for the second consecutive day. Ultimately Mickelson shot even-par 72 with the help of three birdies over the final six holes.

He finished tied for 22nd place.

“It’s Masters Sunday, it’s the greatest week of the year, it’s the greatest day of the year,” Mickelson said. “I made a lot of mistakes this week, I didn’t play the way I wanted to, but this weekend the course was just perfect in that the pins were gettable, you can make some birdies, the weather was nice, but the greens were a little bit quicker, a little bit firmer than they had been and I just thought it set itself up for a terrific weekend.”

Mickelson, 46, had the Augusta National patrons downright giddy on Thursday when he opened with a 71 during extremely windy, difficult conditions. He didn’t fare as well over the next two days, especially during a windless Saturday third round where he shot 2-over 74.

“There’s some positives that came with this week. My speed’s come back, I started to hit some good drives, I hit some good shots, but I didn’t play the way I wanted to,” he said.