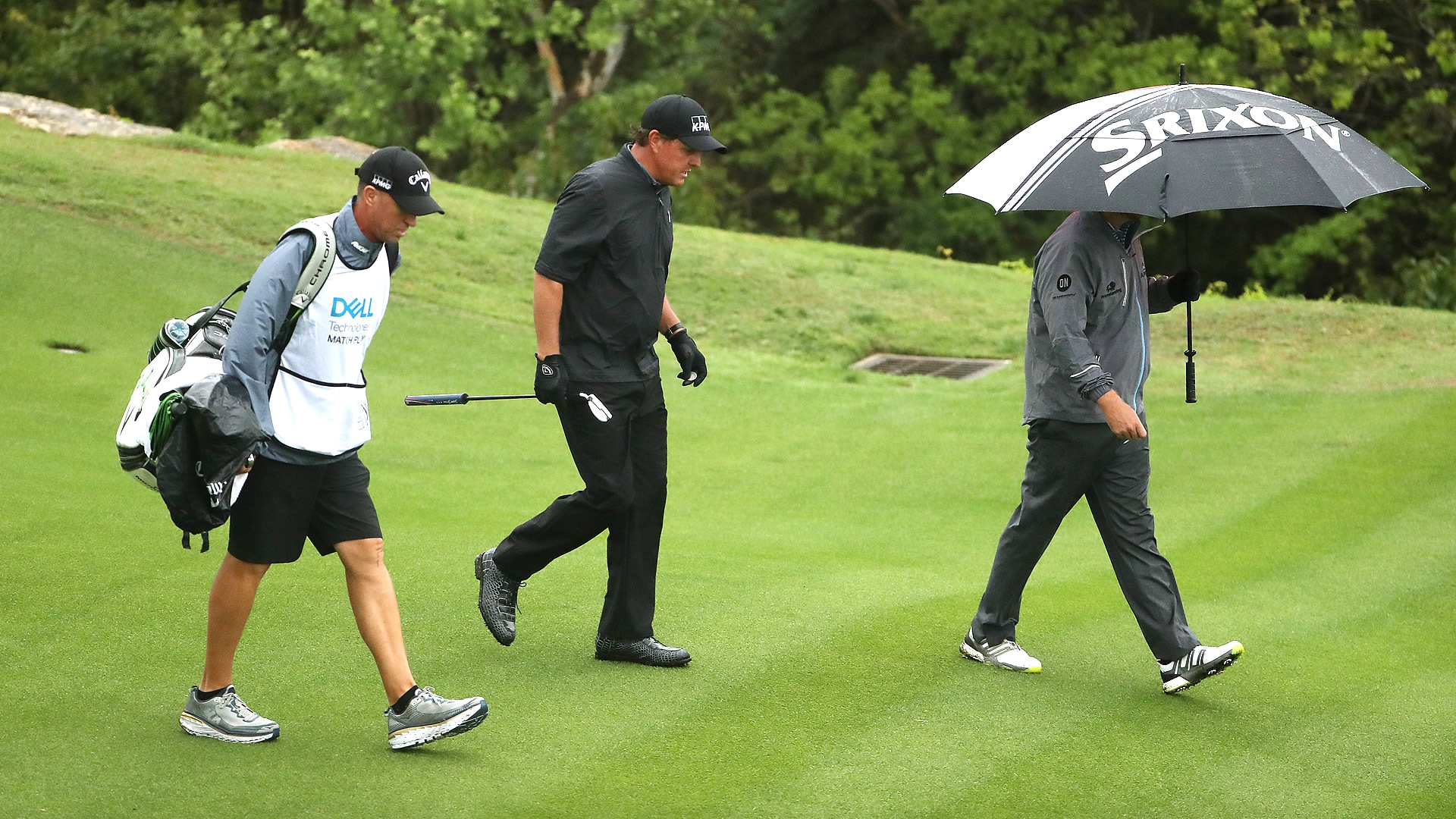 AUSTIN, Texas – For the first time since 2004, Phil Mickelson will play the weekend at the WGC-Dell Technologies Match Play thanks to a dominant three-day performance in group play.

Mickelson cruised past J.B. Holmes, 6 and 5, on Friday to advance to the Round of 16. He hasn’t trailed in a match this week and he also hasn’t been pushed past the 15th hole, which was something of a mixed blessing for Lefty.

“There's a good and a bad,” said Mickelson, who didn’t play the back nine at Austin Country Club during practice. “I'm nervous that I haven't been in a match that has gone the last hole or two and feel that clutch pressure, but also the good is that I have been able to conserve energy heading into this weekend.

This is Mickelson’s 13th start at the Match Play, a run that began with the first event in 1999, but he’s played on the weekend just once, in ’04 when he lost to Davis Love III in the quarterfinals.