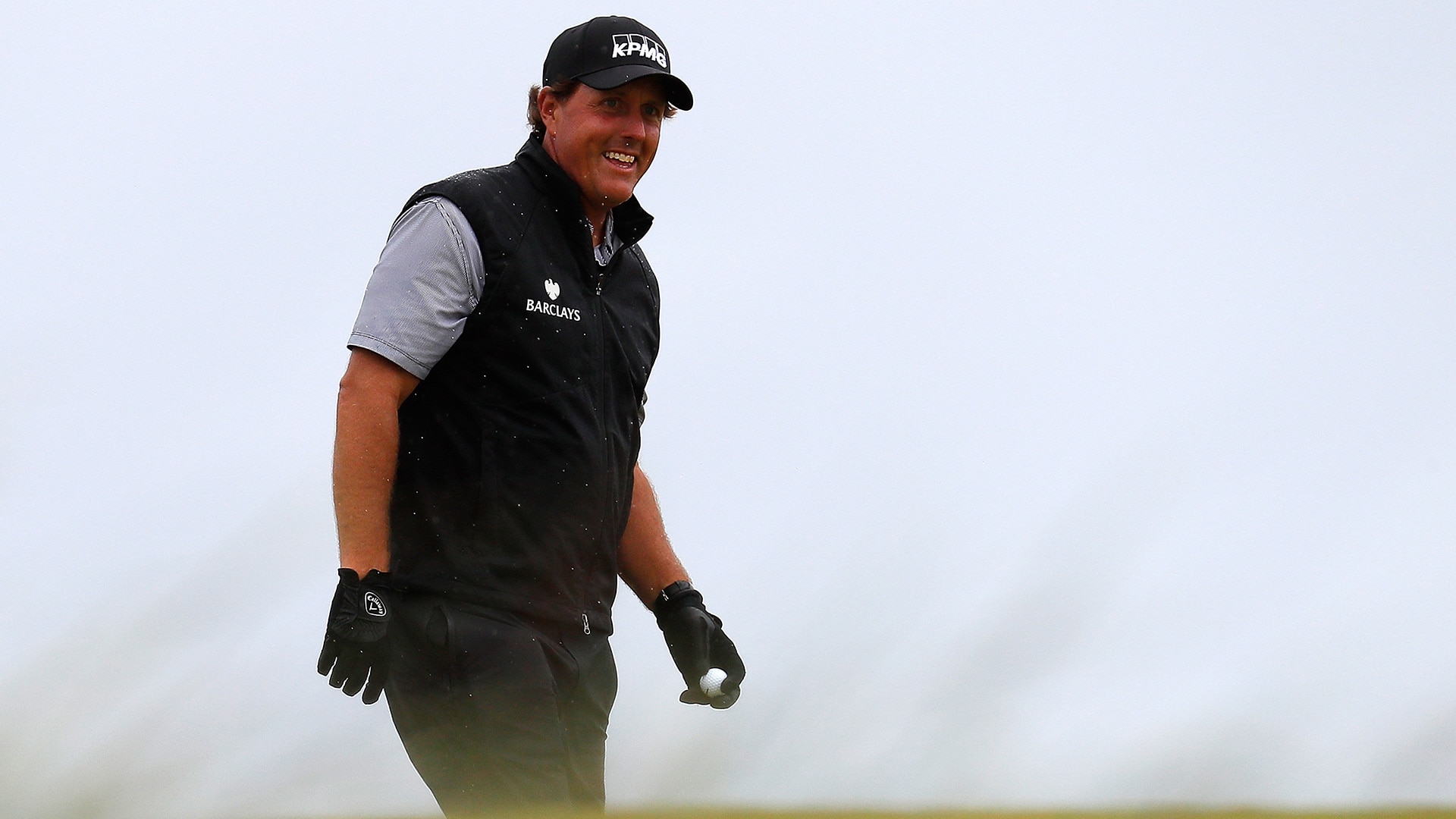 Phil Mickelson will take a little extra momentum with him to Royal Troon for the 145th Open following a final-round 66 in rainy conditions at the Aberdeen Asset Management Scottish Open.

Mickelson won this event at Castle Stuart in 2013, and his affinity for the venue showed Sunday when he made it around without dropping a shot. Lefty carded four birdies in addition to an eagle on the par-4 ninth, a shot that sparked a run of 4 under in four holes from Nos. 9-12.

Mickelson finished the week at 7 under, and his closing score briefly vaulted him into the top 10. Unfortunately for Mickelson, though, he signed his scorecard before the tournament leaders had even teed off, and his true title chances blew away with his opening 76 amid blustery conditions.

Still, it capped an impressive turnaround for Mickelson, who was 6 over through his first 24 holes this week before playing his final 48 holes in 13 under par. His final-round 66 marks his lowest score in any event since a second-round 65 last month at the FedEx St. Jude Classic.

Mickelson remains in search of his first worldwide victory since winning the Open in 2013 at Muirfield. The last time the Open was held at Royal Troon, Mickelson finished alone in third and one shot out of a playoff in 2004.