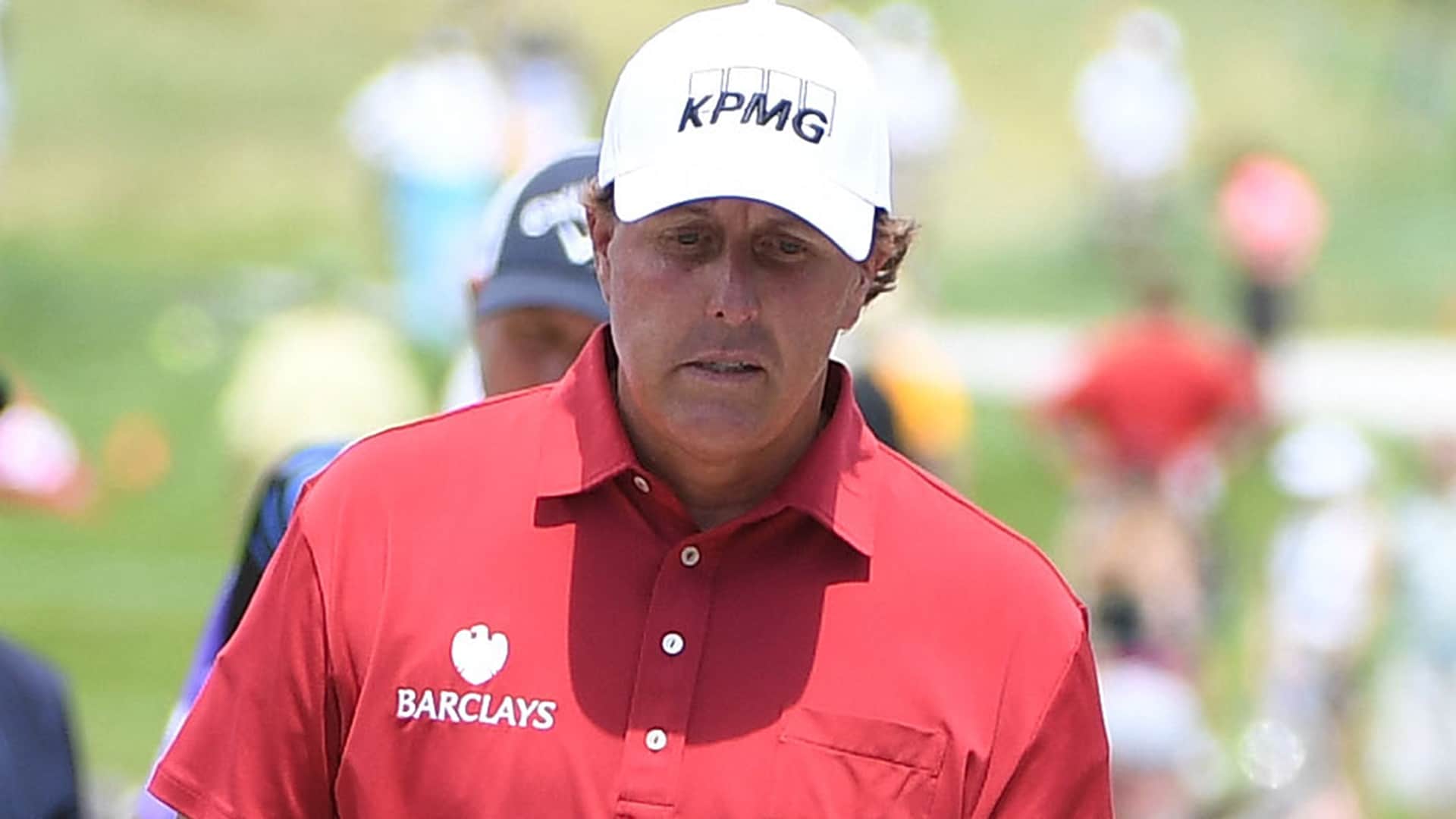 Mickelson made a similar cross-country trip in 2013 for his oldest daughter Amanda's eighth-grade graduation. He finished second at Merion to record his sixth runner-up finish in his national championship.

Mickelson, who tees off on Thursday at 2:09 p.m. (ET), was scheduled to meet with the press on Tuesday, but that has been rescheduled for Wednesday.