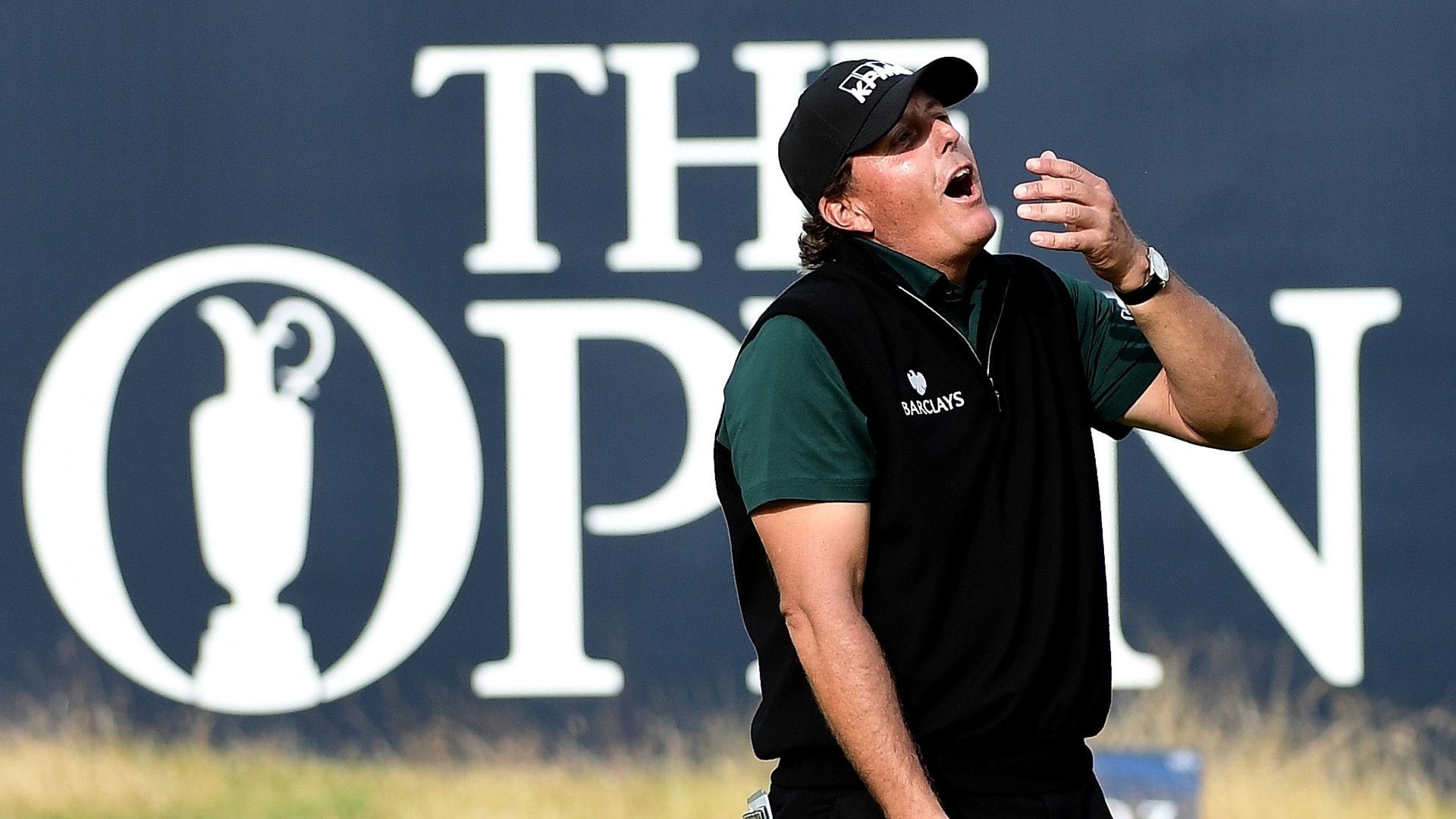 TROON, Scotland – In the history of golf there have been 28 rounds of 63 shot in major championships, but never a 62.

With history looming 16 feet away, Phil Mickelson came within a fraction of an inch of becoming the first player to post that historic 62, but his birdie attempt at the 18th hole on Thursday at Royal Troon caught the edge of the cup and slipped away.

“Heartbreaking, that was a chance to do something historical right there,” said Mickelson, who leads The Open by three strokes after his bogey-free round.

The scene was similar to Mickelson’s putt for 59 in Round 1 of the 2013 Waste Management Phoenix Open, which also lipped out.

Photos: Phil's priceless reaction to his lip-out for 62

“I don’t know how that didn’t go in. There must have been a goalkeeper in there,” said Lee Westwood, who was paired with Mickelson.

Mickelson said he didn’t start thinking about shooting 62 until he rolled in an unlikely birdie putt at the demanding 17th hole to move to 8 under for the day.

After pushing his drive into the left rough at the last hole, Mickelson gave himself a chance at history with his approach shot to 16 feet and Ernie Els, who was also paired with Lefty, attempted his birdie putt first in order to give Mickelson a better look at his potential line.

Mickelson’s round included birdies at Nos. 2, 4 and 8 to turn in 32 and he moved into a share of the lead with another at the 13th hole.

Mickelson became the ninth player to shoot 63 in an Open and the first to do so at Royal Troon, but none of that seemed to matter to Lefty who called the finish to what was otherwise a magical day “disappointing.”