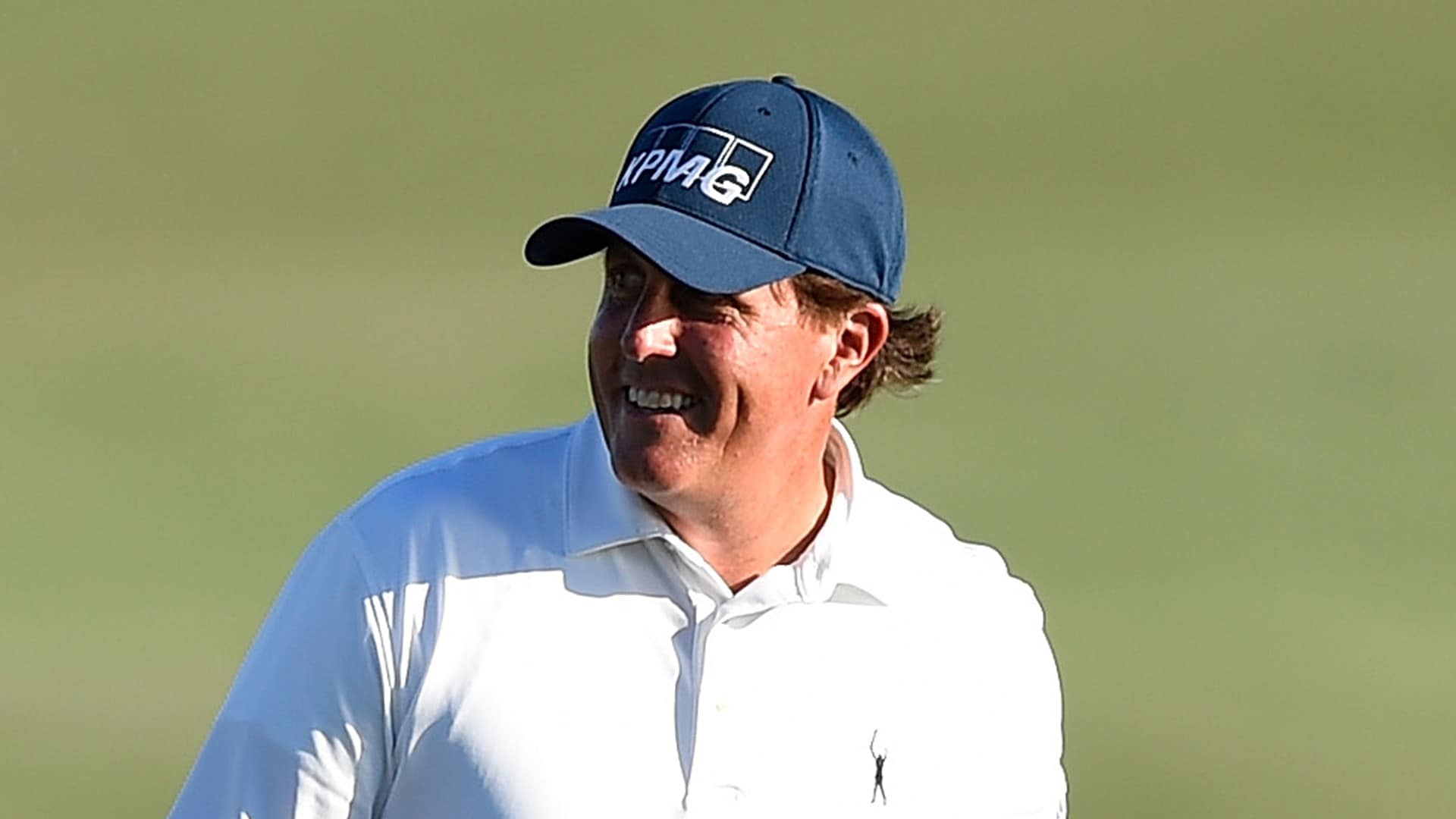 HUMBLE, Texas – Phil Mickelson opted not to elaborate one day after a report surfaced that he wrote a seven-figure check in 2012 to pay off a gambling debt.

Walters is currently on trial for insider trading. While Mickelson was not charged with any wrongdoing, he was named as a relief defendant in the case and last year paid back more than $1 million to the federal government based on the profits he made on the trade in question, plus interest.

Mickelson shot a second straight round of even-par 72 at the Shell Houston Open, making the cut on the number in his final start before the Masters. After the round, he offered a simple response when asked to comment on the report.

“I don’t know what else to add,” Mickelson said.