Phil: No one 'remotely close' to Tiger in his prime 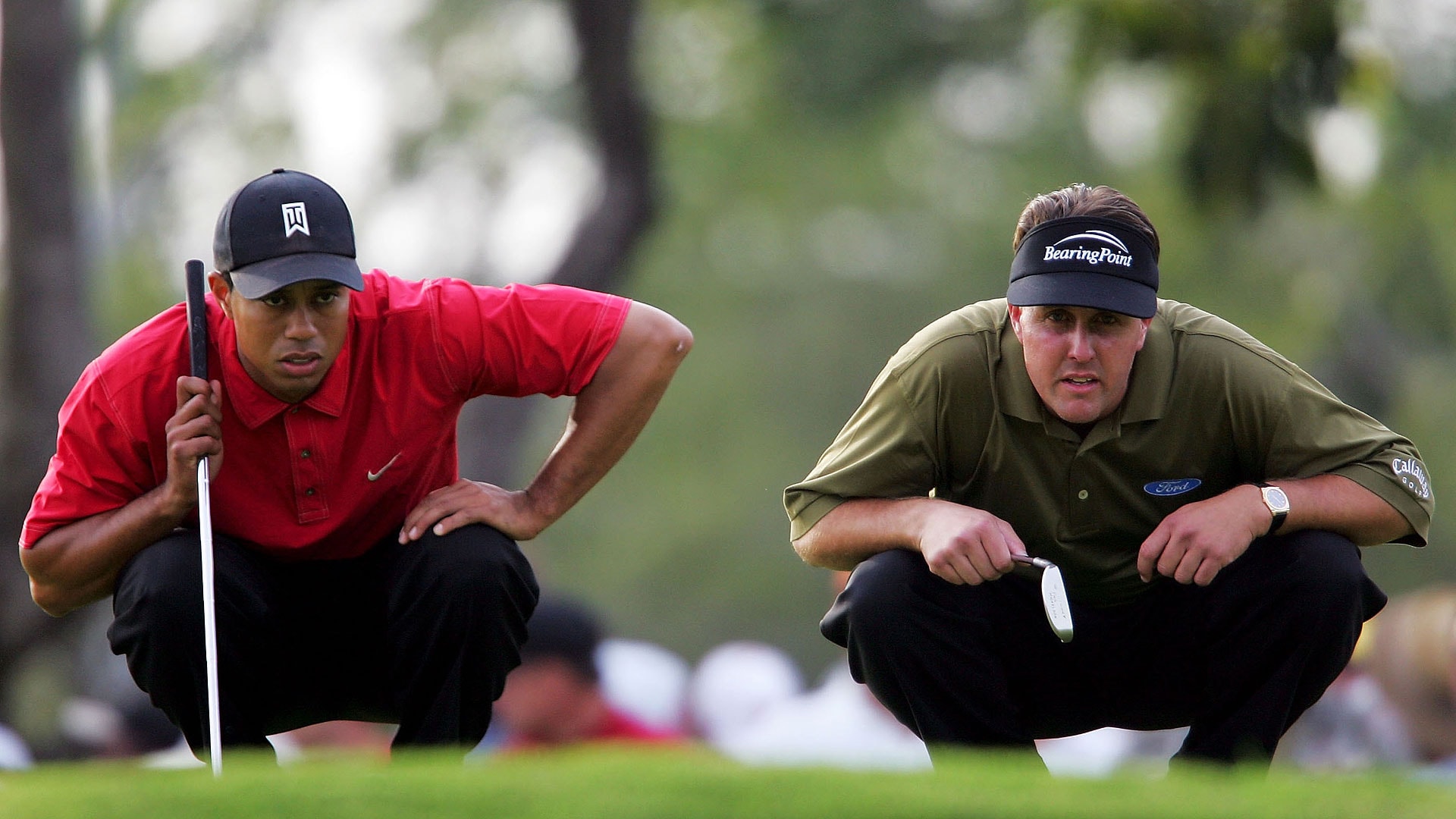 With Tiger Woods on the mend and no return to competition in sight, fans and media alike are left to speculate as to when we might see another player reach the lofty heights Woods once found.

According to Phil Mickelson, that wait could last a while.

In an interview with Golf.com, Mickelson heaped plenty of praise on Woods, who has been out of action since August but whose 79 PGA Tour wins and 14 major titles are both the second-highest totals of all time.

"There is nobody in the game of golf that I have seen that is remotely close to the level of performance Tiger was in his prime," Mickelson said. "Mentally, short game or ball-striking, I don't think anybody matches him in any of those areas. And Tiger put them all together in one to create a career that is mind-boggling."

Woods' career has had plenty of peaks but the highlight came from 1999-2002, a stretch in which he won 27 PGA Tour events and seven major titles, including four major wins in a row from 2000-01.

Mickelson has been battling Woods inside the ropes for nearly two decades, and the southpaw notably finished second to Woods at the 2002 U.S. Open. He is acutely aware of how Woods' dominance changed the landscape of the sport, and Mickelson believes that atmosphere is tough to recreate even with the recent rise of young players like Jordan Spieth, Rory McIlroy and Jason Day.

"It's difficult for me to see the game of golf returning to the level that it was during his heyday without somebody like that," Mickelson said. "And as great as the young players are, the level that I've seen out of him, especially when you go back to 2000 at the U.S. Open and his performance when he held all four major championships at once, I think we're decades away from anybody getting back to that level."