Phil 'proud' to stay in mix without his best stuff 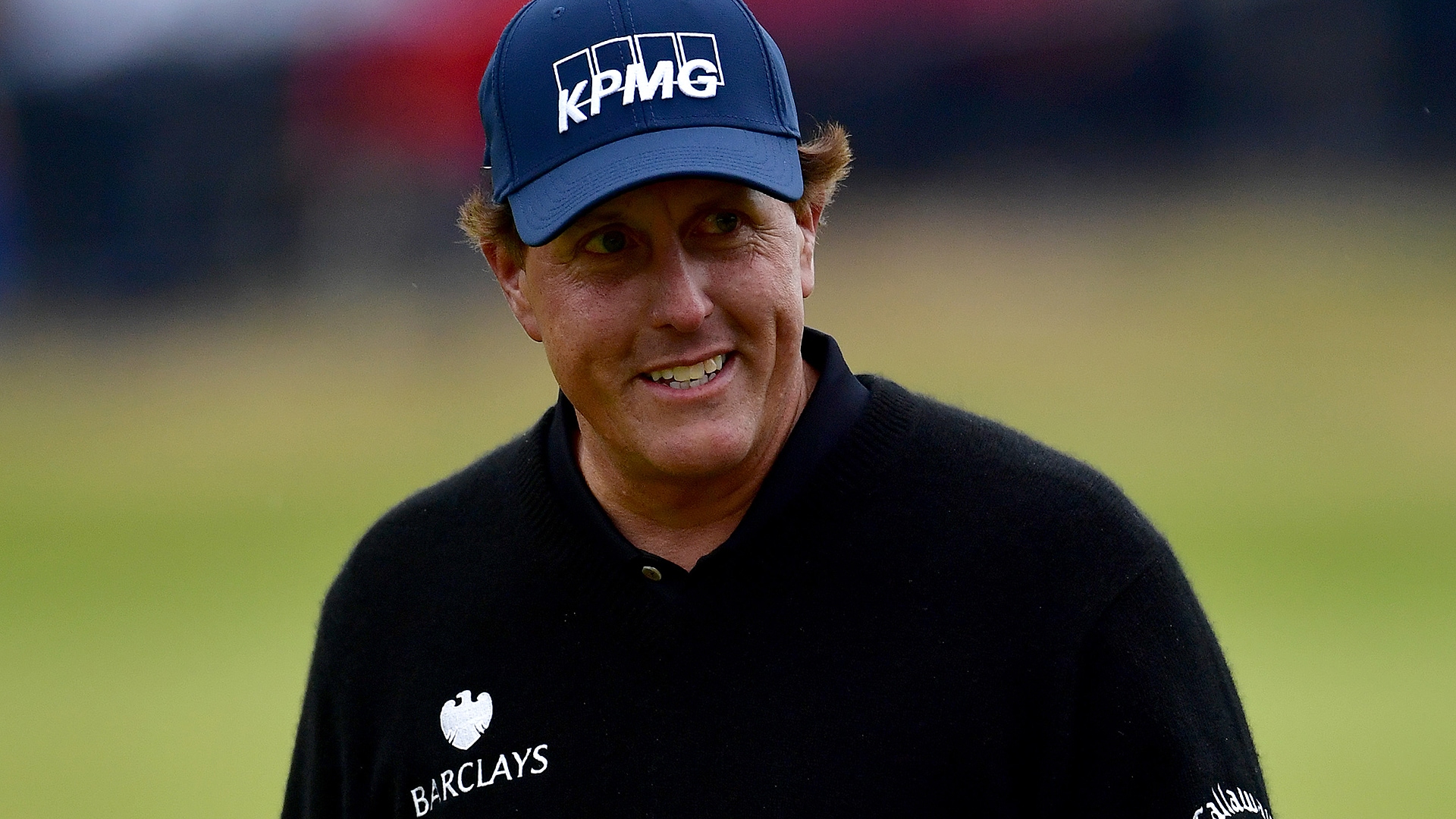 There was too much work to be done before nightfall.

Despite a few wayward swings, Mickelson made enough world-class par saves to shoot 70 and enter the final round of The Open just one shot behind Henrik Stenson.

“I was off today,” he said afterward. “I didn’t have my best stuff.”

Mickelson blamed his rhythm at the top of his swing and said he was “jumpy” on the outward nine, trying to take advantage of the easier, downwind holes at Royal Troon. A day after hitting driver only once, he used the big stick on 10 holes, oftentimes with little success (his eight fairways hit were his fewest this week).

Though Mickelson hit only 10 greens on another windy afternoon, he made just two bogeys, including a 3-foot miss on 14. He also made a poor swing on the par-3 17th, sending his tee shot wide left, and the two-shot swing there gave Stenson the 54-hole lead.

“Today could have been a day that got away from me,” Mickelson said, “but instead I shot under par and kept myself right in it heading into tomorrow’s final round, so I’m proud of that.”

Most impressive was Mickelson’s save on the par-4 12th, after his tee shot with a 2-iron received a good kick off the gorse. Taking an awkward stance, Mickelson chopped down and advanced his ball well down the fairway. From there, he spun back his wedge to 10 feet and buried the putt for an all-time par to stay one clear of Stenson.

What Mickelson took away from his misadventure: Through the first two rounds, he had never put himself in such a predicament.

“I’ve been hitting this 2-iron extremely straight,” he said, “and hitting the fairway with it a very large percentage of the time, and then I hit an awful shot there. The swing was just off a little bit.”

But there’s still time to get back on track, which was why Mickelson said he was heading to the range with coach Andrew Getson.