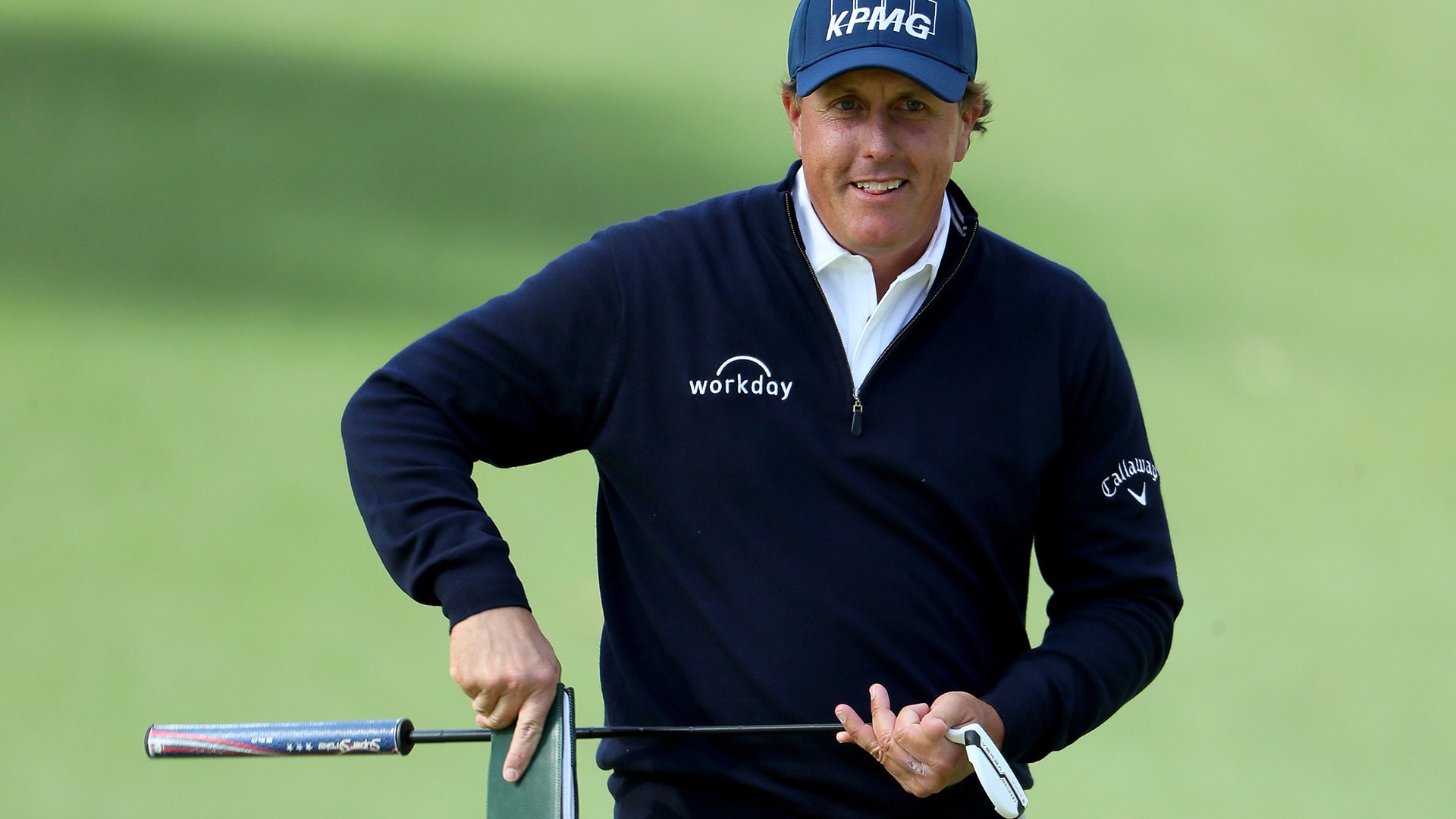 AUGUSTA, Ga. – It was quintessential Phil.

Through 10 holes on Friday, Mickelson was doing what Mickelson does, expertly working his way around Augusta National at 3 under and just a stroke off the lead. That’s when things went the wrong way.

Mickelson three-putted the 11th and 14th holes for bogey and added two more before his round was finished for a 1-over 73 that left him tied for 10th place, but not in the best of moods.

“Man, I fought hard today,” said Mickelson, who is four strokes off the lead. “It was a hard, difficult day, and I'm really tired. It was obvious there in the end. I played the last five holes very poorly after a really good round.”

Mickelson did take some solace that the forecast for the weekend was dramatically better then the last two days, when winds blew to 30 mph and made hitting even straightforward putts difficult.

“I struggled with the putter today, and a lot of it was wind‑based,” he said. “The wind is having more of an effect than the break is. Hopefully with calm conditions I'll get that thing dialed in tomorrow because I've been putting really well. And if I can have a good putting weekend I'm going to have a good chance.”