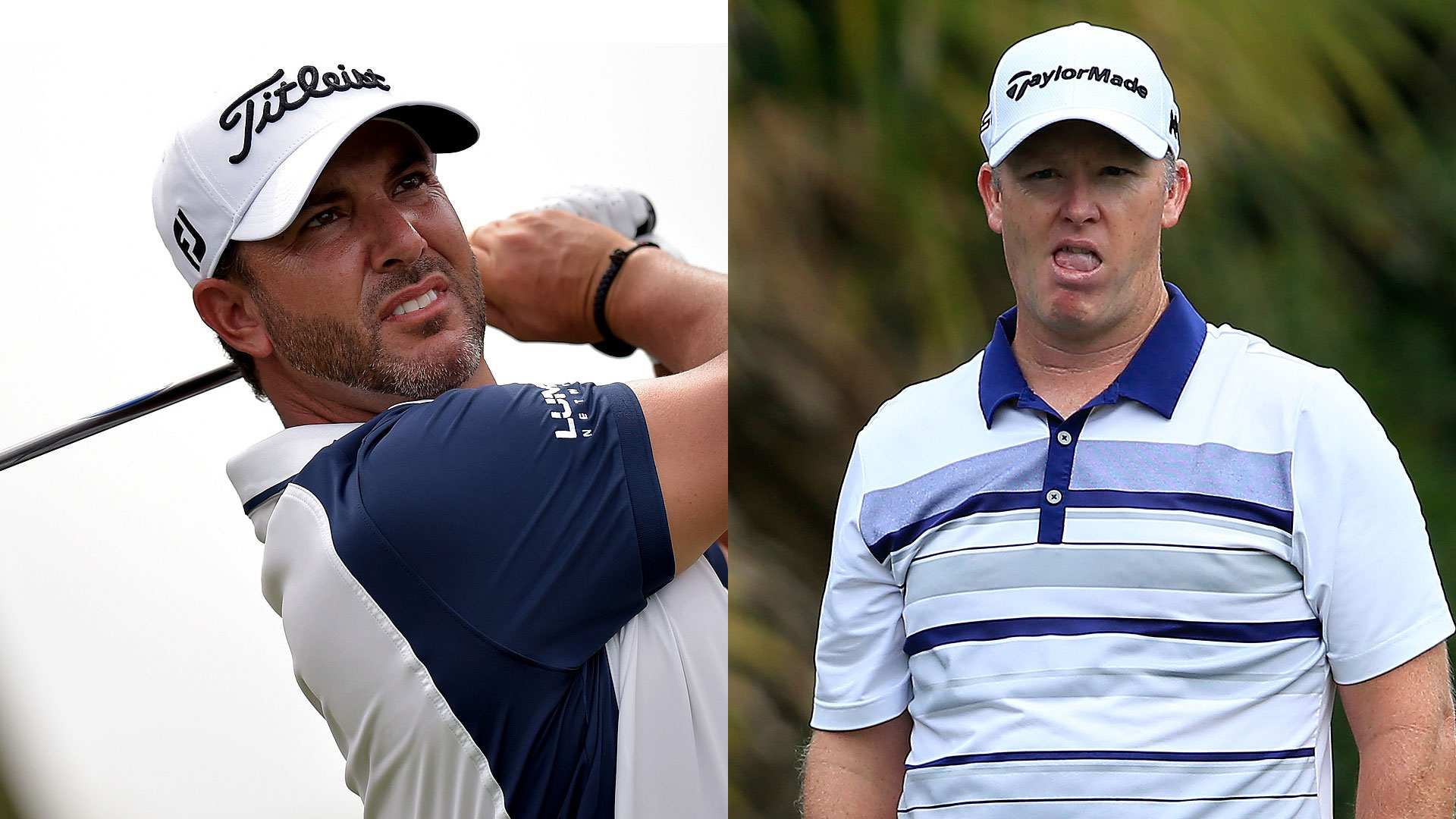 The Blue Monster took an exacting toll on much of the field at the WGC-Cadillac Championship, but a few players were able to make it around relatively unscathed. Here's how things look after the first round at Trump National Doral, where Scott Piercy and Marcus Fraser share the lead:

What it means: Much attention was paid to the top three players in the world rankings as they played together for the first time since September, but it's a pair of surprising names atop the early leaderboard. Piercy won the opposite-field Barbasol Championship last summer to spark a run to the Tour Championship, while Fraser won just two weeks ago in Malaysia. They hold a tenuous advantage, as Mickelson and Scott are both in position to continue their strong early-season play.

Round of the day: Piercy got off to a blistering start, with birdies on five of his first eight holes to gain some early separation. He made three more birdies on the back nine, and despite a closing bogey he finished with a 6-under 66 just days after missing the cut at the Honda Classic by eight shots.

Best of the rest: Fraser doesn't play often in the U.S., but he won last month on the European Tour and is potentially closing in on a Masters bid via the OWGR. The Aussie had seven birdies on his round, including three in a row on Nos. 5-7 to briefly overtake Piercy before a watery bogey on No. 8 for his lone dropped shot of the day.

Biggest disappointment: J.B. Holmes shot a remarkable 62 in the opening round last year en route to a runner-up finish, but the American didn't fare quite as well this time around. Holmes struggled to a 5-over 77, including bogeys on four of his final six holes, and he sits 11 shots off the early pace despite entering this week on a run of four straight top-15 finishes.

Main storyline heading into Friday: It remains to be seen how well the co-leaders can hold up, but the big names chasing them certainly won't be slowing down. Specifically, a player to watch is Scott, who was second two weeks ago in Los Angeles, won last week at PGA National, finished inside the top 10 here last year and appears to be turning a corner as the year's first major approaches.

Quote of the day: "This course normally gets my number, but I beat it today." - Jordan Spieth, who opened with a 3-under 69 to sit three shots off the pace.