Players do best to dodge Trump talk at Doral 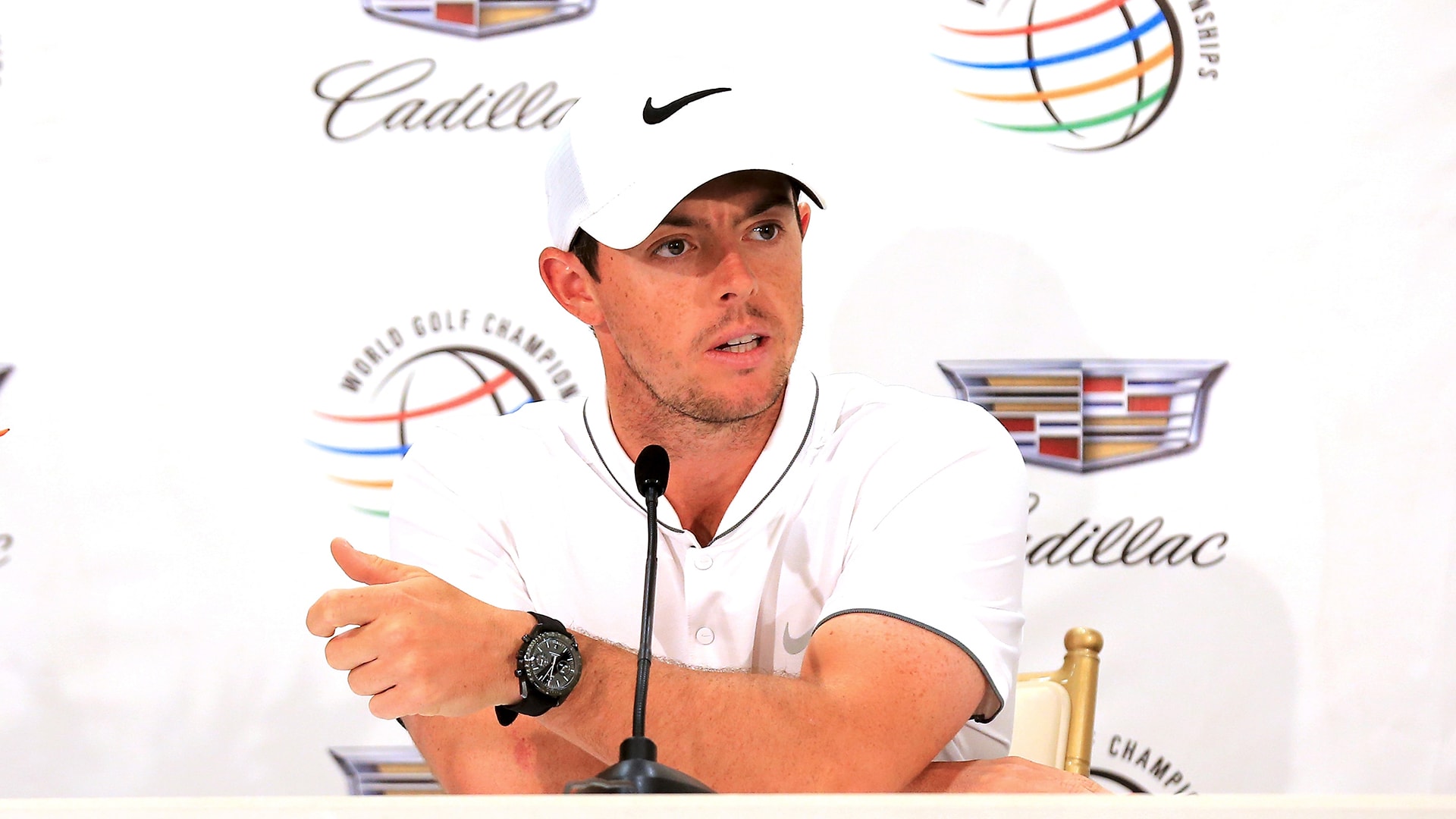 DORAL, Fla. – Some of the world’s best players proved just as adept avoiding the current political minefield as staying out of Doral’s other ubiquitous hazards on Wednesday.

Rory McIlroy seemed to set the tone early when he was asked for his thoughts regarding a PGA Tour event being played on one of presidential candidate Donald Trump’s courses.

“I’m not American,” he said, before adding, “Look, I've been following it. I really thought I knew what politics were until I started to watch some of these presidential debates.

“I mean, not saying that the political system in Northern Ireland is too strong at the moment either. It's shocking. I can't vote, and if I were to vote, I'm not sure I would want to vote for any of the candidates.”

Adam Scott was evasive, telling reporters who asked about the possible intersection of sports and politics this week: “Hopefully they don't intersect at all. Should be the beauty of sport.”

Defending champion Dustin Johnson was equally vague when asked about Trump’s impact on the tournament: “I don't really get into politics, so doesn't really bother me.”

Tour officials have said they expect Trump to be at Doral on Sunday, which is out of character for the resort owner who has been front and center each year at the WGC-Cadillac Championship.

“It is going to be different because we've never had this,” Bubba Watson said on Tuesday. “For it to be in the middle of a race, yeah, it will be different, but I'm pretty sure he'll show up at some point.”

One player, however, didn’t have any problem expressing his support of the potential Republican nominee. John Daly, who isn’t in the field at Doral, tweeted on Tuesday:

That's y I luv my friend @realDonaldTrump he's not politics he's business! It's what our country needs #SuperTuesday pic.twitter.com/5A5cTg3UEh